Beth Mead has been ruled out for an "extended period" due to a long-term knee injury; the Arsenal winger limped off in the latter stages of the 3-2 loss to Manchester United last weekend; Mead, who has played 18 England games, is in a race against time to be fit for the World Cup 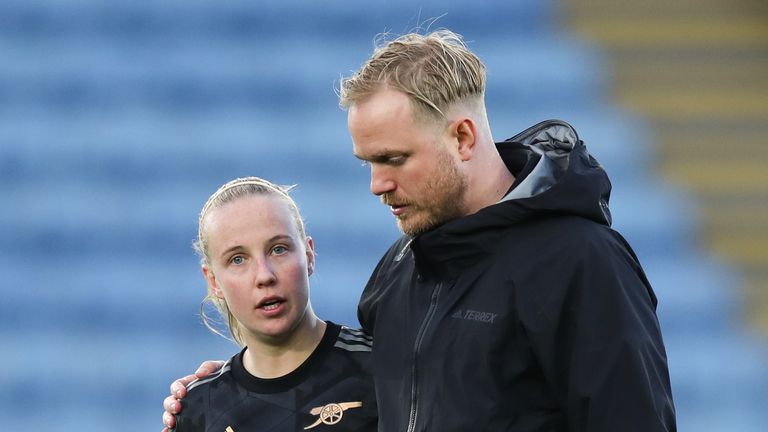 Beth Mead's long-term knee injury may have been caused by "player loading" in terms of fixture scheduling, according to Arsenal manager Jonas Eidevall.

The England star injured her anterior cruciate ligament late on in Arsenal's 3-2 defeat to Manchester United last weekend, leaving the forward in a race against time to be fit for the World Cup in eight months time.

Mead is set to be out for an "extended period" and will visit a surgeon in the coming days to discover the full extent of her injury.

And after Chelsea Women's manager Emma Hayes criticised the fixture scheduling after losing Pernille Harder to a long-term injury, Arsenal boss Eidevall has used the same line of argument whilst evaluating Mead's setback.

Speaking ahead of Arsenal's Champions League match away at Juventus this midweek, Eidevall said: "When you see the amount of injuries, the schedule of games, especially for players playing tournaments, it doesn't help the injury situation.

"Player loading and fatigue is obviously something that we constantly monitor and we are concerned about. If that would have been a factor, that would have been obvious for us leading up to that game, then we wouldn't have played her. But then it still can happen so it's difficult, of course.

"The team and people in and around the club have been very supportive and I hope Beth can feel that we all care for her and do the best for her in a tough time like this."

Mead has played 35 matches for club and country this calendar year, but 18 of those games were for England as they went all the way to winning the European Championships in the summer, alongside qualifying for next year's World Cup and playing international friendlies. 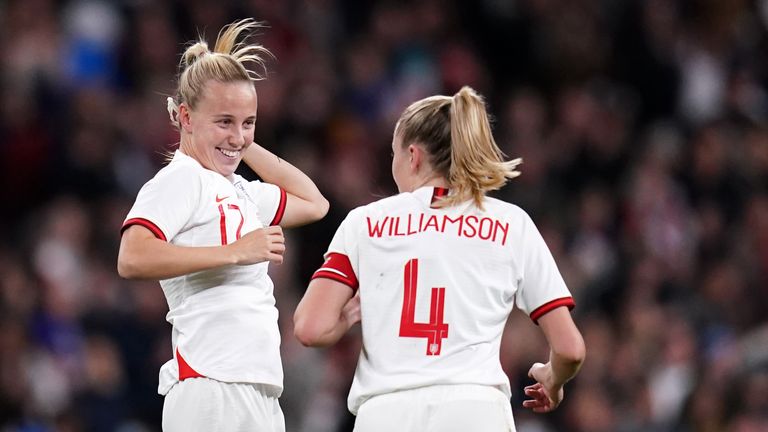 Why are there so many ACL injuries in football?

News of Mead's injury comes less than a week after Sky Sports aired a feature on Inside the WSL that showed female footballers are up to six times more likely to suffer an ACL injury than their male counterparts.

West Ham's Jessica Ziu, Aston Villa's Chantelle Boye-Hlorkah and Tottenham duo Kyah Simon and Ellie Brazil are just some of the players to be ruled out this season alone.

Hayes: 'Outrageous' players are put in such positions 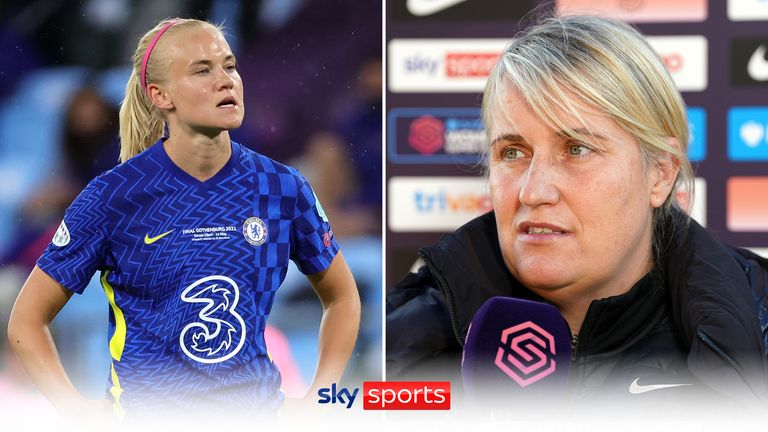 Erin Cuthbert has faced a busy run with club and country, while Chelsea have confirmed midfielder Harder will be out for "a significant period" after undergoing surgery for a hamstring injury suffered on international duty with Denmark.

"I've made it clear that player welfare needs looking at for the players," Hayes said. "I mean Erin Cuthbert went away with Scotland, played on Saturday and they played her again less than 48 hours later on a Monday. I think it's outrageous that players are put in these positions.

"For someone like Pernille she always wants to do everything, and it's not the fault of anybody sometimes with these injuries. They come for many different reasons.

"But I certainly feel players playing in World Cups, European Championships, being given two weeks' rest in between seasons is unacceptable for them, forget clubs players and countries, we need to start putting the players first."