Qatar is in talks to secure one million Covid-19 vaccines to immunise those visiting the country for the 2022 World Cup; construction work continues on three stadiums with Lusail Stadium, which will host the World Cup final, now 90 per cent complete

Qatar will only allow people fully vaccinated against Covid-19 to attend next year's World Cup, its prime minister said.

The Gulf state is in talks to secure one million doses in case global immunisation efforts lag.

Qatar hosts the World Cup between November 21 and December 18, 2022 and FIFA president Gianni Infantino said in February that matches will be played in full stadiums.

Prime Minister Sheikh Khalid bin Khalifa bin Abdulaziz Al Thani said that while most countries were expected to have vaccinated their citizens by then, Qatar was still taking measures to ensure a successful event. 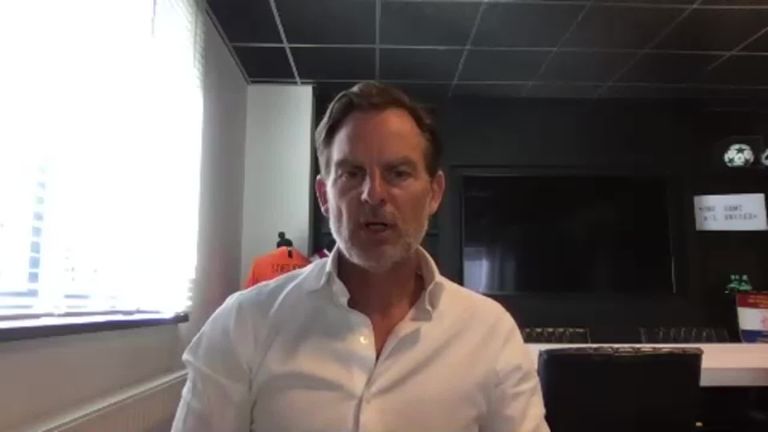 Qatar Legacy Ambassador Ronald de Boer insists 'everyone is welcome' at the 2022 World Cup, following protests over human rights issues and questions about the safety of the LGBTQ+ community

"We are currently negotiating with a company to provide one million doses of Covid-19 vaccines in order to immunise and vaccinate some of those coming to Qatar," he said, without identifying the firm.

Qatari officials had earlier said they hoped to hold a coronavirus-free tournament and planned to make vaccinations available to attendees not already immunised.

Qatar is inoculating its citizens and residents with the Pfizer and Moderna vaccines. It has administered at least 2.8m doses, enough to vaccinate around 50.8 per cent of its population, according to a Reuters Covid-19 tracker.

Sheikh Khalid said the 2021 Arab Cup, which Doha is hosting in December, would reflect Qatar's preparedness to host major tournaments.

He said a large number of stadiums had been completed and work continued on three stadiums including Lusail Stadium, which will host the final match of World Cup 2022 and was now 90 per cent complete.