All the latest transfer news from around Europe on Deadline Day

Deadline Day has arrived and clubs all across Europe and working hard to finalise their last pieces of mid-season business.

Our friends at Football Whispers have scoured the continental media to round up the latest transfer news from around Europe.

Adrien Rabiot's representatives are no longer in contact with Barcelona over a summer move to the Camp Nou for the 23-year-old. The Paris Saint-Germain midfielder is out of contract at the end of the season and had been tipped for a switch to the Catalan giants, but Barca's signing of Frenkie de Jong appears to have scuppered the move. (Mundo Deportivo)

Valencia are eager to push through the exit of on-loan Chelsea striker Michy Batshuayi, who has scored just three goals this season, before the transfer window closes. Everton and West Ham are interested in the Frenchman. (Marca)

Real Betis are favourites to sign West Ham United striker Lucas Perez before the transfer window closes. The 30-year-old Spaniard, who has scored just two Premier League goals this season, is also being linked with a move to Schalke. (AS)

Barcelona are unworried by Real Madrid's interest in highly-rated Serbian striker Luka Jovic. Barca believe they are favourites to land the 21-year-old, who is currently on loan at Eintracht Frankfurt from Benfica and is the Bundesliga's top scorer with 13 goals. (Mundo Deportivo)

Despite struggling to make an impact at the Emirates this season under new manager Unai Emery, Arsenal playmaker Mesut Ozil has rejected the opportunity to join French champions Paris Saint-Germain on loan for the rest of the campaign. (Suddeutsche Zeitung) 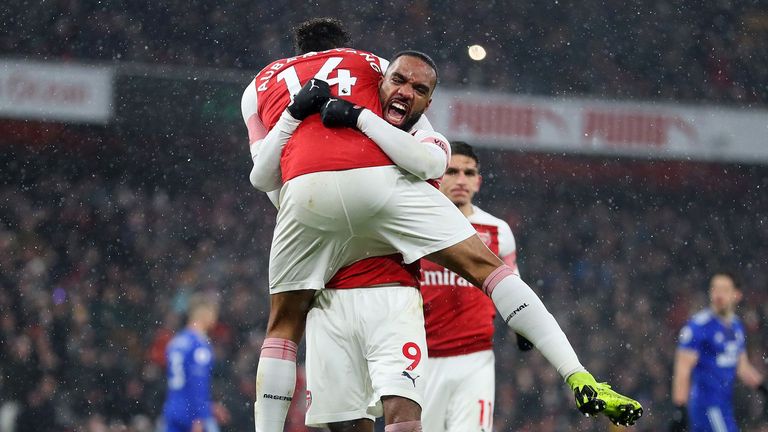 With his mooted move to Monaco now reportedly dead in the water, Besiktas are closing in on the signing of Borussia Dortmund's Shinji Kagawa. (Bild)

Paris Saint-Germain are still negotiating with Everton over the purchase of midfielder Idrissa Gueye, but the runaway Ligue 1 leaders also have an alternative target in mind if the Toffees refuse to sell. (L'Equipe)

German champions Bayern Munich are working on a deal to sign an unnamed French striker this summer. The player already plays in the Bundesliga, making Eintracht Frankfurt's Sebastien Haller and Alassane Plea of Borussia Monchengladbach the prime candidates. (RMC)

Huddersfield Town striker Steve Mounie has turned down the chance to return to Ligue 1 with Nice, managed by former Arsenal captain Patrick Vieira, as he wants to remain with the Premier League side. (Nice Matin)

Monaco full-back Almamy Traore, who had reportedly been a Cardiff City transfer target, is set to sign for Bundesliga side Eintracht Frankfurt having travelled to Germany to undergo a medical. (Foot Mercato)

Lille star Nicolas Pepe, reportedly a Manchester United and Arsenal transfer target, has turned down a move to the Chinese Super League. Dalian Yifang were prepared to pay up to £70m for the 23-year-old winger. (France Football)

Monaco have pulled out of their attempt to sign former Manchester United midfielder Shinji Kagawa, 29, from Borussia Dortmund. (L'Equipe)