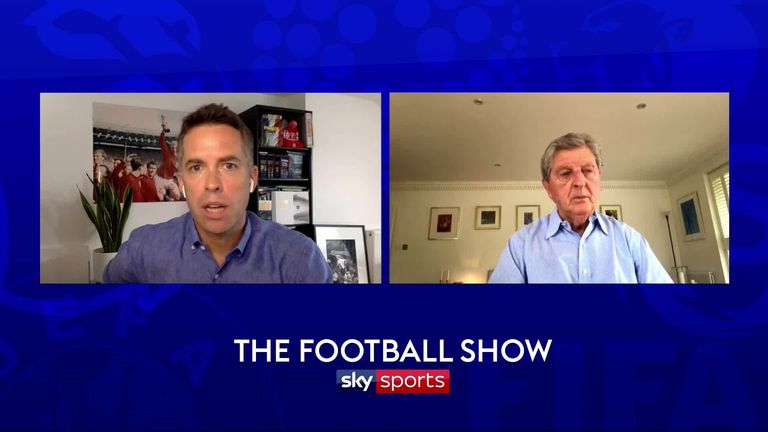 Roy Hodgson would like Crystal Palace to add some "new blood" to his squad in the next transfer window in order to keep the club moving forward.

A 1-0 victory against Watford in their final game before the Premier League was suspended moved Palace up to 11th and they are just six points off fifth position, which may yield a Champions League place this season.

The predicted points haul means Hodgson is on for his best season yet in his three-year stint with Palace and all this has been achieved with them having the second-lowest net spend of any team in the league from the last window after selling Aaron Wan-Bissaka to Manchester United for £50million.

In order to keep on progressing, Hodgson thinks Palace need to add some younger, fresh blood to a squad that is statistically the oldest in the league with an average age of their starting eleven this season being 29 years and 277 days old.

"We have a very strong base with lots of good players. But if we could find a way to add a few more younger ones to that squad, a few new faces, that would inject some new blood while keeping the nucleus of the squad then I'd be very confident next season of improving on the results of the last two and three seasons."

He added: "I've been very pleased with this season, in fact I've been very pleased with all three seasons. I've got a very good group of players - a very experienced group of players. They definitely know what they are good at and know what they need to be good at to win matches and keep the club in the league, which is always our major consideration."

Hodgson signed a one-year contract extension in March which will see him remain at the club until the end of the 2020/21 campaign.

The 72-year-old has guided the Eagles to 11th and 12th-placed finishes in the last two seasons but the boss isn't looking too far into the future, instead concentrating on and getting satisfaction out of still being able to manage at the top level.

"Ambitions are dangerous things to talk about," he said.

"I'm always aware of giving cliched answers but I've fulfilled an enormous amount of my ambitions so I'm fortunate. My dream these days is about doing the job to the level I want to do it at and this extension gives me the opportunity to do that."

Even though the players have been ticking over at home, Hodgson can't wait for the day where he can start working with his team on the grass.

He said: "The ideal contact will come when we can all meet up at the training ground in whatever form that's likely to take - any other form of contact isn't comparable.

"A telephone contact or a Zoom contact - it's nice to see the players are taking their work so seriously and working very hard to stay fit during this time. But it's not ideal that form of contact and I think I speak for everyone in football in saying I can't wait for the time when we see them again in a training environment."