Paul Pogba will only return to Italy if Manchester United are willing to do a swap deal with Juventus. United valued Pogba at £150m last summer but the coronavirus pandemic means those kinds of transfer fees are not going to be paid in the next window.

Pogba would be happy to move back to Juventus. He still has many friends at the club where he won four Serie A titles in a row.

Juventus would be willing to trade players such as Douglas Costa, Alex Sandro and Federico Bernardeschi but swap deals are notoriously difficult to complete and it remains to be seen whether United would want any of those players. 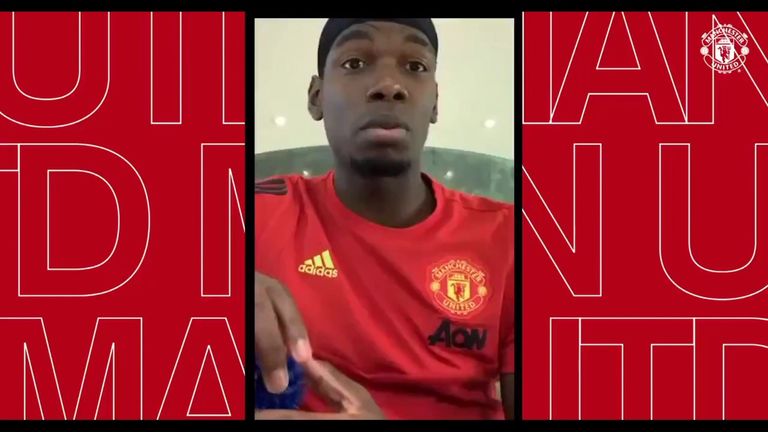 They were interested in signing Matthijs de Ligt before he moved to Juventus last summer but he is not a possibility for them now. Juventus will not sell him and his buyout clause does not become active until next summer.

Real Madrid and Paris Saint-Germain still want Pogba but the transfer fee is going to be an issue for them as well.

That is also the case with Inter Milan. Now is not the right time for Inter to be spending big money on just one player.

As far as the player himself is concerned, Pogba has had an injury-hit season but he is now ready to play again after recovering from an ankle problem.

While he has one year left on his contract, United have the option of extending it by another 12 months.

If United want to sell him, then it would make sense to do a deal this summer. The less time there is on his contract, the more power he has to dictate his next move.

Newcastle United's prospective new owners want to sign Kalidou Koulibaly if they are allowed to buy the club by the Premier League.

The centre back could be interested in moving to Newcastle if the Saudi-Arabian takeover of the club goes ahead. 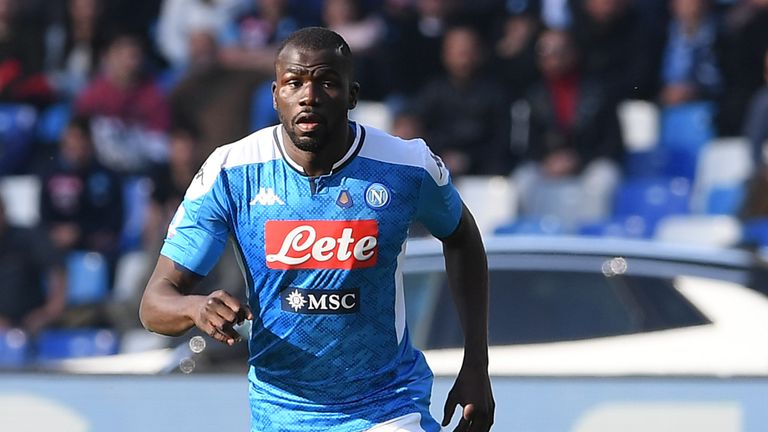 Mike Ashley has agreed to sell Newcastle for £300m to a consortium which is backed by Saudi Arabia's sovereign wealth fund. The deal can only be completed if it passes the Premier League's owners' and directors' test.

Koulibaly has been watched closely by clubs such as Paris Saint-Germain and Tottenham Hotspur.

Newcastle have the potential to become one of the biggest clubs in the world under new owners. That economic power could convince Koulibaly to accept the challenge of a move to St James' Park.

Dayot Upamecano has agreed to sign a contract extension at RB Leipzig ending the hopes of the clubs who wanted to sign him.

Upamecano has been in outstanding form at the heart of Leipzig's defence as they have reached the quarter-finals of the Champions League and are fighting for the Bundesliga title.

Arsenal have been watching him since last summer but a move to the Emirates Stadium would not be a step up for him at the moment.

Bayern Munich wanted to sign him this summer but they were not going to pay the €60m (£52.3m) release clause for a player who was going to be out of contract in 12 months.

Upamecano will now extend his contract by another year to 2022. He has been given an improved salary and he will have another year to develop playing regularly for one of the best teams in Germany. It is easy to forget that he is still only 21.

While a future move to the Premier League cannot be ruled out, he is more likely to favour a switch to Bayern Munich when he leaves Leipzig.

He does not speak English yet and he is quite a shy character. He has learned to speak German now and he feels comfortable and at home in Leipzig.

If he carries on developing the way he has been, he could break into the France squad at the Euros next summer.

That is likely to increase his value so signing a contract extension at Leipzig makes sense for all parties.

Manuel Neuer wants to stay at Bayern Munich but his contract extension negations have entered a tense period. Neuer still believes he is the best No 1 in the world and there is nothing wrong with goalkeepers being confident.

Having said that, Neuer has just turned 34 so it makes sense for Bayern to be planning for the long term. That is why they have already agreed to sign Alexander Nubel from Schalke when he becomes a free agent this summer.

Of course, Bayern signed Neuer from Schalke as well and great things are expected of Nubel. For the time being though, Neuer will remain Bayern's first-choice goalkeeper.

The situation has become complicated because Neuer will be out of contract in the summer of 2021 and he wants a new long-term contract and a pay rise. Like other clubs, Bayern do not like to give long deals to players over 30, although goalkeepers can play for longer than outfield players.

There has been talk of Neuer leaving the club where he has won seven titles in a row - and it could soon be eight - but his priority is to remain in Munich. With all due respect, a move to a club like Chelsea would be a step down for him.

Neuer played at Stamford Bridge when Bayern beat Chelsea 3-0 in February and the gulf in class between the two sides was apparent. He wants to win more titles and he wants to win another Champions League.

The best place for him to do that is at Bayern. Now all he needs to do is negotiate a new deal with Bayern that will be acceptable to both parties.

Inter to wait on Moses deal

Inter Milan will wait until the end of the season before deciding whether to take up their option to sign Victor Moses.

He is on loan at Inter from Chelsea and has played seven times since moving to Italy in January. Moses is out of contract at Chelsea next summer and Inter will not pay big money for a player who will be a free agent in 12 months.

Chelsea have three players out of contract at the end of next month - Willian, Pedro and Willy Caballero. The uncertainty surrounding Caballero's future and question marks about Kepa Arrizabalaga mean Chelsea have been looking at signing a new goalkeeper.

Andre Onana is the best young goalkeeper available and he has a gentleman's agreement which means he can leave Ajax this summer.

He has two years left on his Ajax contract and now would be the best time to sell him unless he agrees to sign a contract extension.

Onana started his career in the youth system at Barcelona and they have contacted his representatives about taking him back.

Chelsea would also like to sign him but it will be very difficult. They paid £71m for Kepa and they would take a big financial hit if they were to sell him in the next window.

As far as Onana is concerned, he wants to leave Ajax and it would be hard for him to say no to Barcelona. Under normal circumstances he would be valued at €50m (£43.6m).

He was one of the key members of the Ajax team which almost made it to the Champions League final last season and he has played twice against Chelsea in this season's competition.