Chelsea would prefer to sell Abraham and are thought to value the 23-year-old at around £40m, with Arsenal also interested; Man United are keen to extend Tuanzebe's contract before allowing him to leave on loan 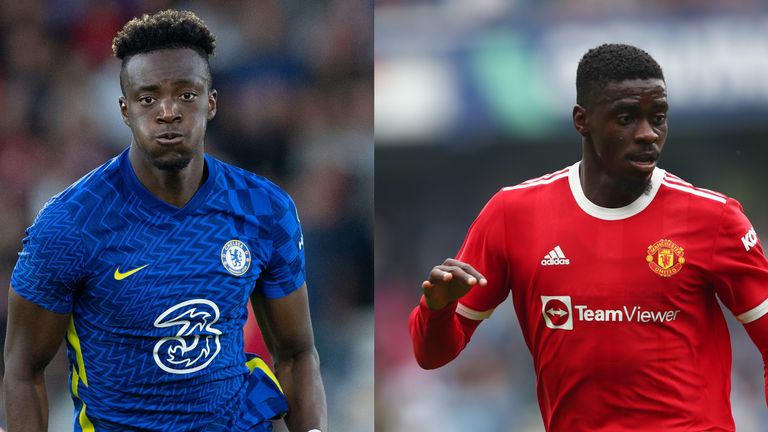 Both Abraham and Tuanzebe played on loan at Villa as Dean Smith's side earned promotion to the Premier League from the Championship in the 2018-19 season.

Chelsea would prefer to sell Abraham than send him out on loan and are thought to value the 23-year-old at around £40m, with Arsenal also interested in signing the English forward.

With Abraham's current contract at Stamford Bridge running until 2023, the club would look to extend the deal if they were to allow him to leave on loan for the upcoming campaign.

Chelsea have had an £85m offer to sign Romelu Lukaku rejected by Inter Milan, with acquiring a new striker appearing to be Tuchel's priority for the summer transfer window.

Abraham is held in high regard by Villa boss Smith, having scored 26 goals in 40 starts during his loan spell with the club.

Tuanzebe, who has had two loan spells with Villa, is in a similar situation, with United keen to extend his contract before allowing him to go out on a temporary deal again.

The 23-year-old's current contract expires next summer, but United hold an option to extend it until 2023.

United's options at centre-back are set to be bolstered by the signing of Raphael Varane from Real Madrid, potentially diminishing opportunities for academy product Tuanzebe.

"I feel like Chelsea are already making space for Romelu Lukaku. We've already seen Olivier Giroud move to AC Milan and now it's emerging that Aston Villa are interested in signing Tammy Abraham on loan. In the 2018/19 season, he spent a year on loan there in the Championship and scored 26 goals in 40 starts.

"Arsenal are also thought to be interested in the player, but Chelsea would prefer a sale with the valuation at £40m. His current deal is up in 2023 hence why Chelsea would want the sale.

"It might even be that they would look to extend his contract by a further year so that if he went on loan and performed well, he would maintain his value or who knows might even convince Thomas Tuchel that he has a future at Chelsea under his management.

"Chelsea are no strangers to doing this deal as they did so with Michy Batshuayi and with Giroud."