Cristiano Ronaldo was criticised following another disappointing early Champions League exit for Juventus this month; coach Andrea Pirlo has failed to live up to expectations in his first season in charge in Turin; the pair will stay next season nonetheless, says Pavel Nedved

Pirlo was surprisingly named as Maurizio Sarri's successor last August despite having no previous management experience.

The 41-year-old, who won the World Cup, two Champions Leagues and six Serie A titles before retiring as a player in 2017, has come in for fierce criticism recently as Juve's hopes of landing a 10th consecutive league title dwindle.

Juventus suffered a Champions League last-16 elimination against Porto on March 9, before falling to a shock defeat to lowly Benevento on Sunday that left them 10 points behind Serie A leaders Inter Milan. 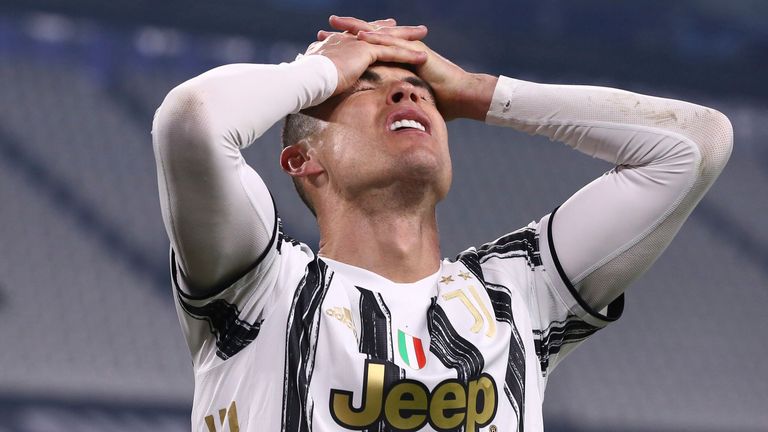 Ronaldo is likely to stay at Juventus for at least another season despite the club's surprise Champions League exit at the hands of Porto, according to Italian football expert Mina Rzouki

"Pirlo is and will be the coach of Juventus, that's 100 per cent certain," Nedved told DAZN. "We committed to a project with Andrea, knowing that there would be difficulties. We wanted to do better than this and haven't managed to, but difficulties were predicted.

"We are very calm. We're on the path that we wanted, which we will stay on. He has everything to become a great coach."

Ronaldo was also criticised following Juve's European exit and has been the subject of speculation that he could depart at the end of the season.

"For me, Cristiano can't be touched. He has a contract until June 30, 2022, and he will stay. Well see what happens after that," Nedved said. 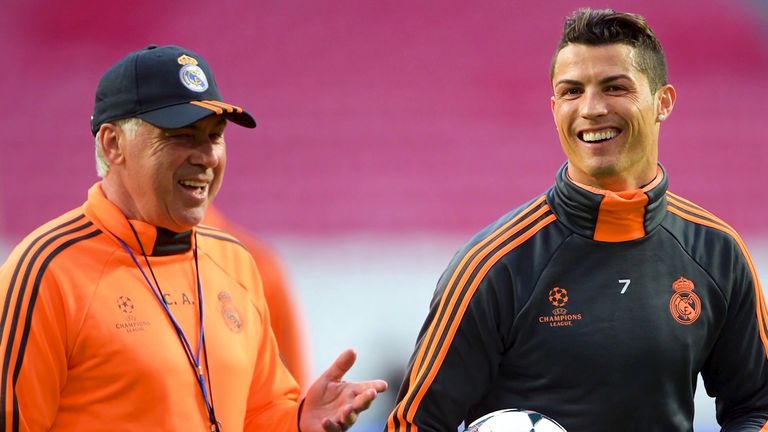 Everton boss Carlo Ancelotti was quizzed for Saturday Social on a number of subjects including the Messi or Ronaldo debate, handling Diego Maradona, and understanding accents. See the full interview on the Sky Sports Football YouTube channel

Spain striker and Ronaldo's team-mate at Juve, Alvaro Morata, said it is "hard for Ronaldo" to have not reached the quarter-finals of the Champions League this season.

Juventus were beaten by Porto on aggregate in the last 16 of the Champions League, meaning they have failed to reach the quarter-finals for the second season in a row. It was the first time in the last 16 years of the competition where both Ronaldo and Lionel Messi did not qualify for the last eight.

"I see him OK, but when you are used to playing every quarter-finals of Champions League and winning it many times it is hard for him," Morata said.

"It is also difficult for me and for the whole club, but we need to focus on the rest of our goals to achieve, the season is not over yet."