De Laurentiis: "It would be my wish to see him in Napoli colours, it's more than a suggestion and it depends on him. It's been talked about for a few months now"

The 38-year-old is out of contract at the MLS club at the end of the season and will be free to sign with a new side as soon as December, upon the end of the play-offs.

"[Ibrahimovic] is a friend, I met him in Los Angeles not as a footballer but as a normal person because we were in the same hotel," De Laurentiis told Sky in Italy.

"I invited him over for dinner with his wife and kids and we had an amazing time. It would be my wish to see him in Napoli colours, it's more than a suggestion and it depends on him. It's been talked about for a few months now." The former Manchester United, Juventus and AC Milan forward is yet to decide the next step in his career but has reiterated he is ready for a new challenge.

Speaking to Italian daily newspaper La Gazzetta Dello Sport after the unveiling of his statue in his home town of Malmo in Sweden, he said he feels like Italy is his "second home" and would look forward to a return to Serie A.

"I am 38 years old and the enthusiasm of a boy, with the same desire to win," he said. "I don't think about my future yet, I will calmly evaluate with my family. To continue [playing], as I say, I have to find something special, that can keep the fire inside me alive: here or elsewhere.

"Italy is my second home, I experienced unforgettable moments there. I would like to go in a team that fights for the title, I can still make a difference. I'm not some sort of zoo animal that people go and see, I can still hit 20 goals per season.

"I appreciated the last documentary dedicated to [Diego Armando] Maradona; nobody is like him. Seeing the passion and love of that city almost makes me want to try out an experience in Naples: it would be fantastic to replicate what Diego did.

"I'm not saying I'll be going there, the final decision will depend on many factors, but it's a city that creates a lot of enthusiasm. With me, the San Paolo would sell out every week. And [Napoli boss Carlo] Ancelotti is there, he's a football great." 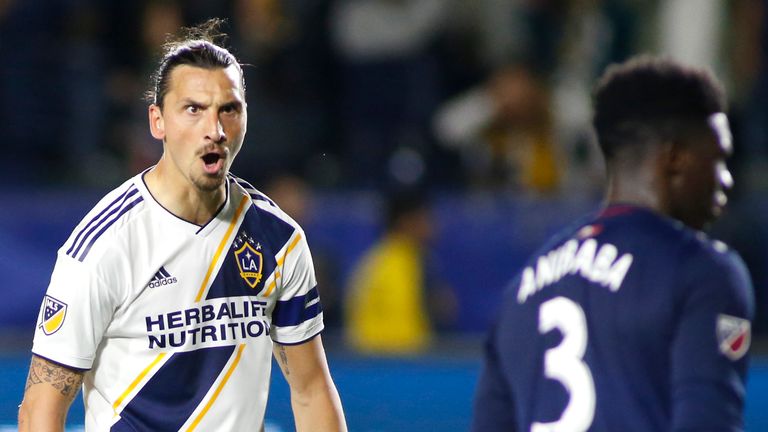 Ancelotti himself expressed his admiration for the former Sweden international, and joked that he would call him after seeing his statements out in the Italian media.

"I'll call him tonight and say we're waiting!" Ancelotti told Sky in Italy after Napoli's win over Verona on Saturday.

"I have a great deal of affection for him, I saw he scored 29 goals in 30 MLS games. Tomorrow, after I've called him, I'll let you know how it went!"

Ibrahimovic and LA Galaxy are set to take on Los Angeles FC in the "El Trafico" derby for a spot in the Western Conference final on Thursday night, live on Sky Sports Football (starts 3.40am BST on Friday).