Pablo Mari to Arsenal: In-depth analysis of the Flamengo defender

For Pablo Mari, 2019 was a year of spectacular sporting highs and lows.

As recently as June, he was the man who missed the chance that cost Deportivo La Coruna promotion back to La Liga. By November, he was a champion of Brazil and South America, being feted by Flamengo fans as a key factor in the club's first league title in 30 years.

But for Arsenal supporters, the fascination now is what could lie ahead for the Spanish defender in 2020. Mikel Arteta, who moved to Manchester City in the same summer as Mari in 2016, has made the player his first signing as head coach. Edu Gaspar, the club's Brazilian sporting director, appears to like what he has seen too.

Such informed judges should be enough to encourage supporters but Arsenal fans could be forgiven for being unsure of what to expect. Some would say that anyone would be an upgrade on the hapless pairing of Shkodran Mustafi and David Luiz. Others remember that both were presented as the solution upon their arrival at the club.

"I only want to bring somebody in if I'm really convinced that he can really improve the level that we have," says Arteta. But is an uncapped 26-year-old defender who was playing in the Spanish second division a little over six months ago really the answer?

Speak to those who know Mari well and there is some cause for optimism. Firstly, while the trajectory of his career has been unusual, he has left a positive impression everywhere that he has been. Upon signing for City, he was loaned out to Girona and then Eredivisie club NAC Breda, where coach Jefta Bresser did not need long to see that he had special qualities. 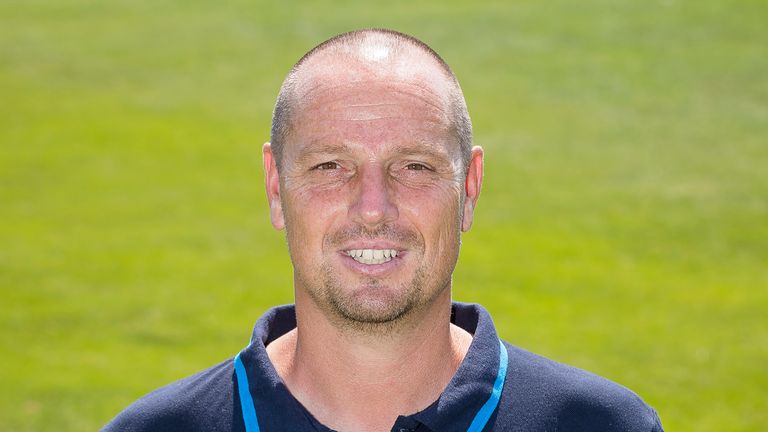 Within five weeks we decided that he should be the captain of the team.

"He impressed us from the very beginning," Bresser tells Sky Sports. "In pre-season he came in as a foreign guy and within five weeks we decided that he should be the captain of the team. He was open-minded and eager to learn. He was a real professional.

"He was defensively good and good at building from the back. That season was important for his development because he played over 30 games. We stayed up but it was a struggle so there was often a lot of pressure on the defence. It helped him take the next step."

There was some surprise that this next step took him back to Spain's second tier. After all, Mari had enjoyed a season in La Liga with lowly Gimnastic prior to joining City. Now he found himself back where he had started, albeit at a bigger club in Deportivo La Coruna.

"He stood out for his good handling of the ball and his aerial game, scoring goals from set-piece situations," Fernandez tells Sky Sports. "He formed a very good partnership with Domingos Duarte, who is now impressing at Granada. The beginning of the season was spectacular, although in the latter stages of the campaign his level fell."

The fall was tough to take, the ending particularly sour. Deportivo went into the second leg of their promotion play-off against Mallorca with a two goal lead but collapsed to a three-goal defeat in Palma. One away goal would have been enough to take Depor to La Liga.

"When the ball came to him, he headed wide when all he had to do was score to win the tie," says Fernandez. "He will be remembered forever as the footballer who missed the chance that would have led to Deportivo's rise."

For Depor, the significance of the moment has only increased as the months have passed. Despite a recent upturn in results, the team that were champions of Spain twenty years ago are third bottom of the second division and facing the risk of relegation to the third tier for the first time in 45 years. Mari's career, meanwhile, has gone in the opposite direction.

The move to Flamengo

Not many European players make the move to South America.

As a result, Mari was not the only one who did not know what to expect when he left Manchester City on a permanent basis to sign for Brazilian giants Flamengo.

"He had come from the Spanish second division and Flamengo fans and journalists did not know much about him."

Again, the impact was swift.

Under celebrated Portuguese coach Jorge Jesus, Flamengo were embarking on a new project, with an exciting brand of football, and chasing a first Brazilian title in a decade as well as competing in the Copa Libertadores.

Mari played a huge role in both triumphs.

"From the moment of his debut in the derby against Botafogo and, in particular, the decisive game against Emelec in the Copa Libertadores, he became a reliable player and quickly won over the crowd," says Torres.

"He arrived at the most critical moment of the season, with a busy schedule of games in a short space of time," Altomare tells Sky Sports. "He adapted very quickly to Jorge Jesus' team and to this new routine. He contributed greatly to Flamengo's great performance in the second half of 2019."

The statistics help to highlight some of his strengths.

Everyone who has seen Mari in action praises his aerial ability. "His physique is spectacular," says Fernandez. So it is no surprise that he wins the vast majority of his aerial duels.

What sets him apart is his distribution. "He has a good left foot with a range of passing," says his old coach Bresser. "He can switch the play well."

No player in the Brazilian league made successful long passes into the opposition half more regularly than Mari last year. He retained possession - as shown by his passing accuracy of 87.8 per cent - but he was not unimaginative in his distribution. Those chipped balls added a different dimension to Flamengo's play. Almost half of his passes were forwards.

These are the qualities that attracted Manchester City in the first place, of course, and should see him fit in well at Arsenal as Arteta attempts to institute his own style of play.

So what's the problem?

Mari has experience of playing a high line and playing it well. He successfully played the offside trap 19 times last season, more regularly than anyone else. It hints at how well drilled Jesus had his Flamengo team but it is perhaps also an indication that Mari is more comfortable doing this than risking a race with the opposition forward.

"The biggest weakness is his pace, he has problems when he needs to face fast opponents in one-on-one situations," says Altomare.

"He needs the right defender with whom he can team up and maybe even the right full-backs who will be able to cover for him," adds Torres. "The level of the attackers that he will face will be totally different from what he has faced so far in his career."

It is a concern but not there is a sense too that it is something he can overcome thanks to his fine positional play. "He is a very intelligent defender," says Altomare. "I think he has a greater tactical awareness than David Luiz and Shkodran Mustafi, for example."

If that sounds like damning Mari with faint praise, it should not. The coach who worked closely with him during his last stint in a top-flight European league insists that it is the player's mentality as well as his ability that helps to explain why he is likely to succeed.

"He would need some time in the Premier League," says Bresser. "For almost any player coming from another country, the pace of the Premier League would be a challenge at first. But I am sure that he would adjust to the level as he has done every time before."