Paul Merson thinks Dennis Bergkamp is the greatest player ever to have played for Arsenal and rates him as the best player he’s played with.

This weekend marks 20 years since the Dutch star joined the Gunners and we have been paying tribute to his legacy that he left on the Premier League.

Bergkamp joined Arsenal from Inter Milan and spent over a decade in north London, helping them to three Premier League titles and four FA Cups. He also helped them reach the Champions League final in his final season at the club.

Merson played with Bergkamp for nearly two years during the latter stages of his Arsenal career and the Sky Sports pundit could not speak high enough of his former teammate.

Merson said: “He’s the best I’ve ever played with by a long, long way. I can’t talk high enough of the bloke – he was absolutely phenomenal.

“I think he’s the greatest Arsenal player of all time. He and Thierry Henry are completely different players. 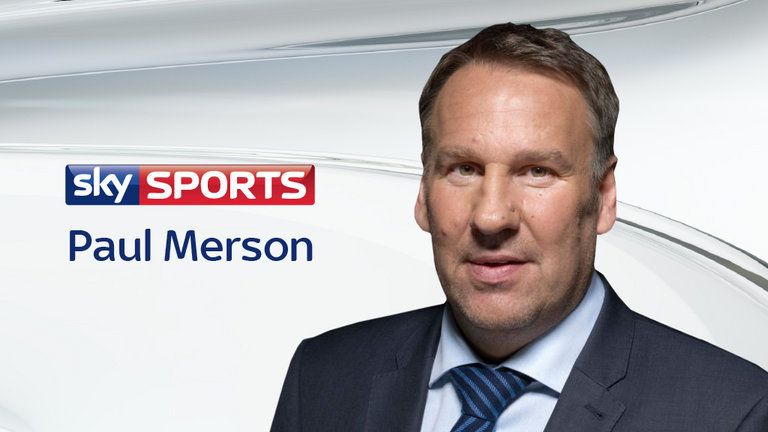 “You talk to Thierry or Ian Wright and they can’t speak highly enough of the man. As a centre forward you’re only as good as the player you're playing with. If you look at Fernando Torres, his best year was at Liverpool when he was playing with Steven Gerrard.

Merson recalls a particular Bergkamp goal against Leicester City that went a long way to defining his legacy in the Premier League.

With the scores at 2-2 he completed his hat-trick in the match when he shifted the ball from his right to left boot to control a pass from David Platt, bamboozling Matt Elliott before flicking the ball inside and half-volleying the ball into the net.

He added: “The goal at Leicester was absolutely different class. Leicester defender Matt Elliot wasn’t the worst defender in the world and what he did to him that day and still have composure to score the goal was world-class. Then he went and did it again in the World Cup! He changed Arsenal.”