Ukraine sealed promotion to League A in the UEFA Nations League after a 1-0 victory over Czech Republic in Kharkiv.

Andriy Shevchenko's side cannot be caught in Group B1 after making it three wins from three, with Ruslan Malinovskiy's unstoppable strike sealing the points at the Metalist Stadium.

Ukraine head to Slovakia in their final game next month, while the Czech Republic then host Slovakia three days later, but that looks set to be a relegation decider in the group.

Elsewhere, there were three sending-offs during an ill-tempered 1-1 draw between Slovenia and Cyprus in Group C3.

Fotis Papoulis struck the opener for Cyprus after being put through by Renato Margaça after 37 minutes, but the visitors were reduced to 10 men when Grigoris Kastanos picked up a second yellow card for cynically pulling back the shirt of Jure Balkovec. 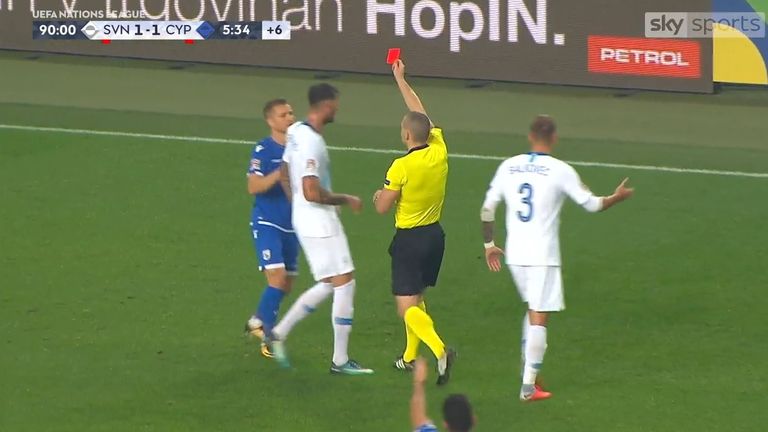 Slovenia pulled level through Nejc Skubic from Miha Zajc's cross with seven minutes remaining but Josip Ilicic was then shown his second yellow to level the card count.

There was still time for a second sending off for Cyprus as captain Jason Demetriou was shown a straight red for a badly-timed tackle on Domen Crnigoj.

Slovenia remain bottom with Cyprus in third place but Norway have moved top after beating Bulgaria 1-0 in Oslo thanks to Mohamed Elyounoussi's close-range finish.

The Southampton winger met Joshua King's cross to score after 31 minutes, but King was then guilty of a glaring miss with the goal at his mercy as he somehow put his shot wide from Sigurd Rosted's cross. 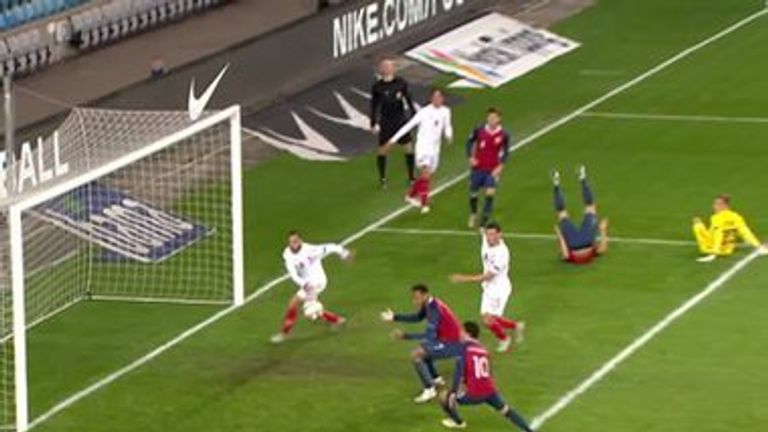 Norway forward Josh King had a moment to forget against Bulgaria

Meanwhile, Gibraltar still have an outside chance of promotion after making yet more history in their 2-1 victory over Liechtenstein.

The hosts fell behind when Dennis Salanovic took Marcel Buchel's pass and finished with aplomb, but Gibraltar levelled when George Cabrera headed in from Lee Casciaro's cross on the hour-mark.

Five minutes later, Joseph Chipolina met Liam Walker's corner to complete the turnaround. It is the first time that Gibraltar have scored twice in the same game, and they move above Liechtenstein in Group D4 after making it back-to-back wins.

Georgia wrapped up promotion from Group D1 with two games to spare as they recorded a convincing 3-0 win over Latvia in Group D1.

Giorgi Chakvetadze, Valerian Gvilia and Jaba Kankava were all on target and they will be playing in League C when the competition returns in two years' time.

Germany lost for the sixth time in a year for the first time ever as they were beaten 2-1 by France in Paris.

France made it 16 games unbeaten thanks to Antoine Griezmann's brace after Toni Kroos had given Germany a first-half lead from the penalty spot.

Harry Wilson's free-kick ensured Wales beat the Republic of Ireland for the second time in the UEFA Nations League with a 1-0 win in Dublin as Ryan Giggs' side moved top of Group B4.