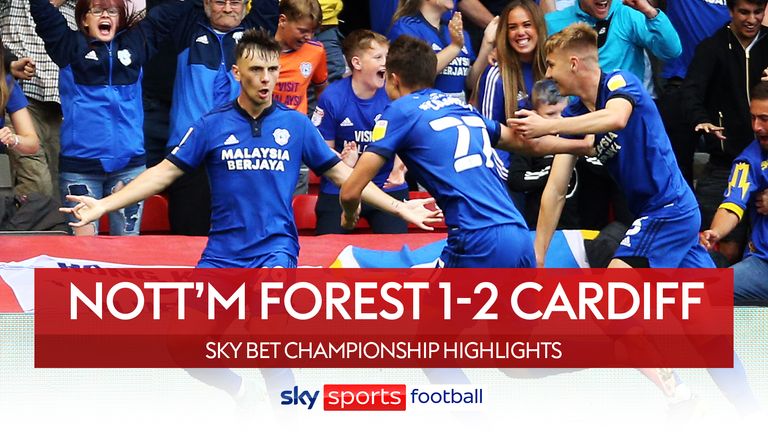 Highlights of the Sky Bet Championship match between Nottingham Forest and Cardiff City.

Substitute Rubin Colwill scored twice as Cardiff came from behind to beat Nottingham Forest 2-1 and pile the pressure on under-fire boss Chris Hughton.

Forest had gone ahead at the City Ground when Lewis Grabban slotted home midway through the first half.

But Cardiff's robust approach gradually ground the home side down and 19-year-old Colwill conjured up his first senior goal to level the scores as he finished from close range in the 58th minute.

The Wales international then produced a precise curling finish for his second goal, 15 minutes later to win it for Mick McCarthy's visitors.

Forest are still looking for their first win of the Sky Bet Championship season and are rooted to the foot of the table.

The home side survived a scare when Brice Samba's poor clearance almost led to a chance for Cardiff but Forest immediately went up the other end and Ryan Yates headed over a cross from Djed Spence.

Joel Bagan saw a looping header bounce away off the bar, with Joe Worrall sweeping the ball away off the line.

Cardiff were looking a threat from set pieces but it was Forest who were to take the lead in the 23rd minute with a well-crafted goal.

Max Lowe, making his debut after joining on loan from Sheffield United, rampaged down the left side into space, before looking up and cutting the ball back perfectly into the path of Grabban, who netted from 10 yards.

Samba made a smart save, getting down low to his left to keep out a snapshot from James Collins, then Will Vaulks hammered a shot over following a long throw-in from Marlon Pack.

Vaulks tried to catch out Samba with a clever free-kick early in the second half but the Forest goalkeeper got his body behind the ball.

Vaulks was involved again as Cardiff hauled themselves level in the 58th minute.

The midfielder delivered a testing cross to the far post, Forest failed to completely clear, and the ball dropped to Colwill, who forced the ball home amid a melee of players.

The goal lifted the visitors, with fellow sub Kieffer Moore hitting the base of the post with a downward header and Samba producing another sharp save to keep out a header from Aden Flint.

Forest sub Joe Lolley drove a shot wide of the post but Cardiff took the lead in the 73rd minute. Moore fed Colwill, who advanced towards goal before picking out the bottom corner with a precise, curling shot.

James Garner was only denied an equaliser by a fine save from Dillon Phillips, who kept out his free-kick.

The Cardiff keeper also kept out another Lolley effort and a powerful, spectacular strike from Yates as the Bluebirds held on for the victory. 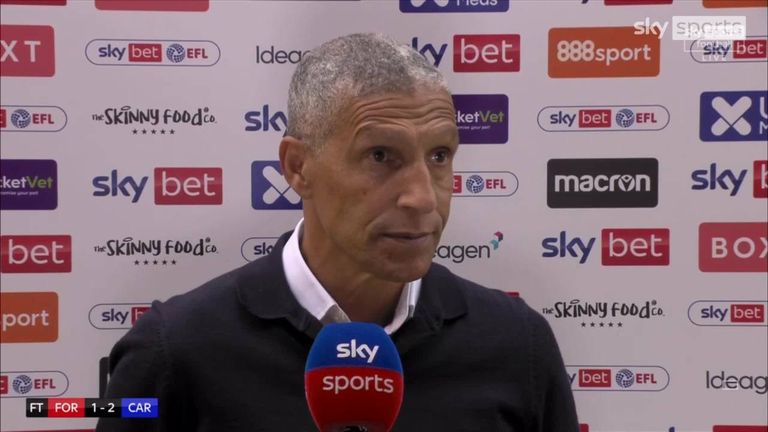 Chris Hughton is ignoring talk of his future after his side lost against Cardiff but the Forest boss admits they did not deal well with the Bluebirds’ size.

"In the first half we scored a really good goal and, without playing really well, we were still the better side. Cardiff were always going to react in the second half. They are one of the biggest Championship sides I have seen. They play in a certain way and that has been very beneficial for them. You have to be able to cope with it. It is a tough task. But there was a period of 15 minutes where they cranked it up and were very, very direct. There were moments during that when we just did not cope with it." 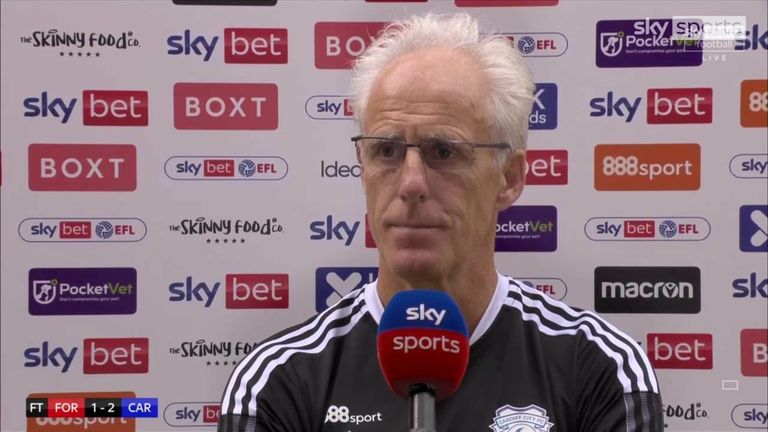 Cardiff's Mick McCarthy: "I am so pleased that he has signed a new contract because, if he hadn't, people would be all over him like a rash, watching him get a cap with Wales and then do that today.. His second goal was in a different class. Kieffer (Moore) just played it around the corner to him and he produced a great finish. Management can sometimes look easy, can't it? What pleased me most was that we took a short throw-in; we tried something different.

"I told the players that they did not have to launch the ball into the box every single time. Be smart; be clever - do something different. We took a short throw, Will (Vaulks) put a great ball into the box and we had bodies in there to attack it. It is a great three points and a great win. We started well but then they got into it and were full of confidence after the goal."