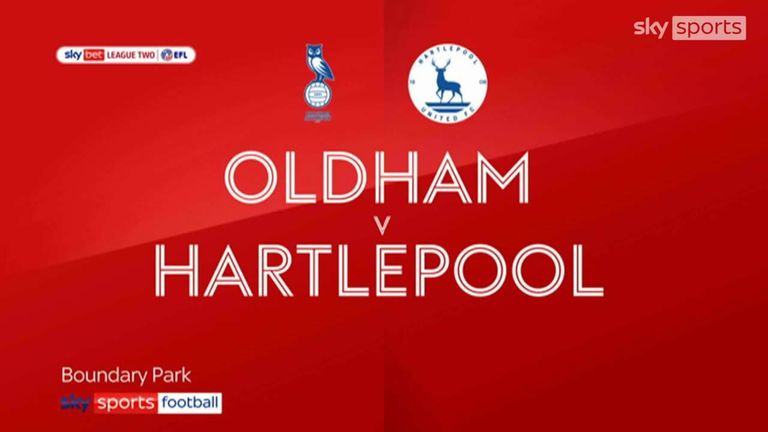 Oldham shrugged off continuing fan discontent to secure their first home point of the season thanks to a 0-0 draw against Hartlepool.

The hosts enjoyed the better of it against a Hartlepool side who notched their first point on the road this term.

After pre-kick-off protests outside the stadium and a message of anger aimed at the Oldham ownership had been flown overhead, it was the hosts who began the match on top.

Hallam Hope was denied twice in a matter of seconds, first by goalkeeper Ben Killip's excellent save and then by Zaine Francis-Angol's goal-line clearance.

Hartlepool then took control with Nicky Featherstone seeing a shot saved by Jayson Leutwiler and Luke Molyneux firing off target.

The visitors came close again in the 40th minute when Mark Shelton rose to meet Jamie Sterry's cross, but he headed against a post.

Hope had another decent effort for Oldham when he curled inches wide after dispossessing Neill Byrne.

As Oldham continued to press, Callum Whelan crashed a low drive wide of the target.

A late spectacular overhead effort from Hartlepool's Mike Fondop fizzed narrowly past the post as the points were shared.