Chelsea begin their Champions League campaign with a trip to PSG; The Blues reached the 2021 final but were beaten by Barcelona; Fran Kirby, Jelena Cankovic and Melanie Leupolz are absent; Manager Emma Hayes is also missing after an emergency hysterectomy

Captain Magda Eriksson says there is belief in the camp that Chelsea can reach a second Women's Champions League final.

Chelsea begin their European campaign away to Paris Saint-Germain on Thursday in a testing opener, and they will be without Fran Kirby, who is sidelined through illness.

While Chelsea made a group-stage exit last season, it came after reaching the final the previous season, when Barcelona defeated them 4-0.

"Preparations have been really good and we are ready for this game," Eriksson said.

"It is a tough game in a tough group. We are playing one of the best teams in France, and we will have to work hard for it.

"But I think our belief is really strong because we know we have it in us. We can reach a final because we have done it, and I think we have got better since.

"Believing is one thing, and doing is another. This year we really want to get the group stage right. 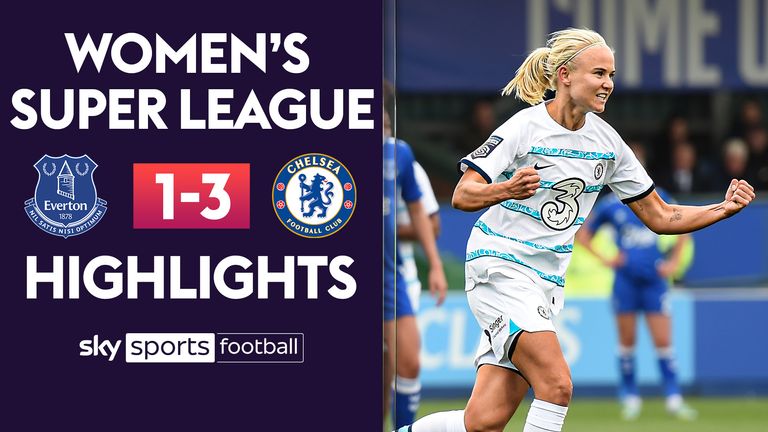 Highlights of the Women's Super League match between Everton and Chelsea

"We have to take it game by game, not think about a final, and it is important to get off to a good start tomorrow.

"I love these kind of games and challenges. Coming top of the group is the goal, which will be tough, but that is what we hope for."

Paul Green and Denise Reddy will oversee their second game at the helm, with Chelsea boss Emma Hayes recovering from an emergency hysterectomy she underwent earlier this month.

Kirby apart, Jelena Cankovic is not quite fully fit and Melanie Leupolz is on maternity leave.

Green said: "The processes haven't really changed. It is very much business as usual.

"We miss Emma. She is getting better every day, and we need to get through this to make sure we are in a good position for when she gets back, whenever that will be."