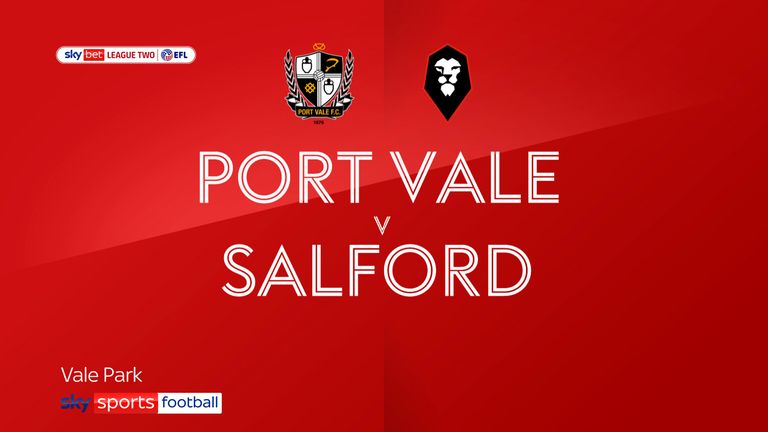 Highlights of the Sky Bet League Two match between Port Vale and Salford.

Despite a run of three games without a win, Vale created the better chances in the first half though Ammies keeper Vaclav Hladky had been untroubled.

Against the run of play, Salford had the best opening though, with leading scorer Ian Henderson guilty of an unbelievable miss.

The striker had been upended by Vale skipper Leon Legge for a clear penalty but, after Scott Brown had parried his spot-kick straight back to him, Henderson somehow managed to sidefoot his second chance over the open goal.

Salford's chances suffered a blow on the hour mark, when veteran midfielder Darron Gibson, a former team-mate of Scholes, was taken straight to hospital with a suspected broken leg.

Shortly after Salford's James Wilson had his powerful header well saved by the impressive Brown, Montano struck the winner with a fierce finish from David Fitzpatrick's cross.

And, although eight nervous minutes were added on after the lengthy delay for Gibson's injury, Salford failed to find a way an equaliser.