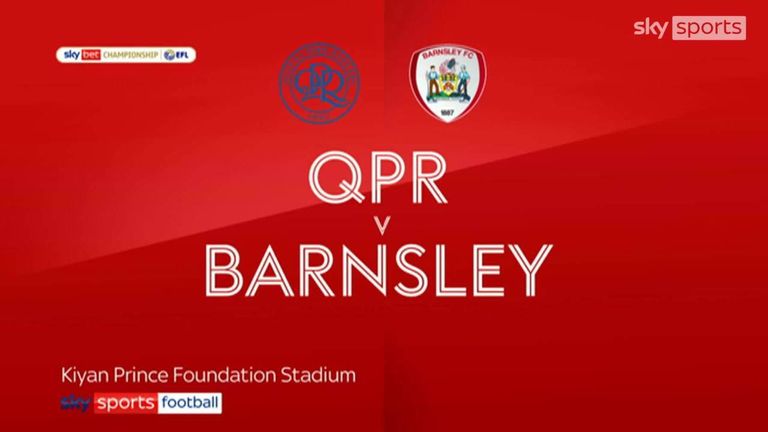 Highlights of the Championship match between QPR and Barnsley.

Charlie Austin struck a stoppage-time equaliser as QPR came from two goals down to draw 2-2 with Barnsley at the Kiyan Prince Foundation Stadium.

Dominic Frieser had fired the visitors into the lead (14), before Cauley Woodrow doubled the Tykes' lead with his 50th goal for the club (27).

But after a change of system from boss Mark Warburton, Rangers took the game by the scruff of the neck after the break and set up a grandstand finish when Ilias Chair finished drove in from the left and finished brilliantly (77).

Austin then had the final say - and made up for his earlier missed chances - when he tucked home a skidding cross from Yoann Barbet (90+1) to send the west London side fifth after four games. Barnsley, meanwhile, sit in 13th.

How QPR rallied to keep their unbeaten start intact

It did not take long for Barnsley to assert themselves on a slick surface in west London. Callum Styles and Clarke Oduor proved to be thorns in Rangers' side early on, with the latter firing a warning shot inches wide after sharp, incisive build-up play.

They soon took the lead after QPR were caught playing out from the back. Liam Kitching collected the ball on the halfway line and pumped it forward to Frieser, who escaped the clutches of Osman Kakay, beat the offside trap and smashed in the opener.

Less than 15 minutes later, it was 2-0 when a corner was recycled after Rs goalkeeper Seny Dieng had batted away the initial danger, with Styles exchanging passes and squaring for Woodrow to slot home his landmark strike. 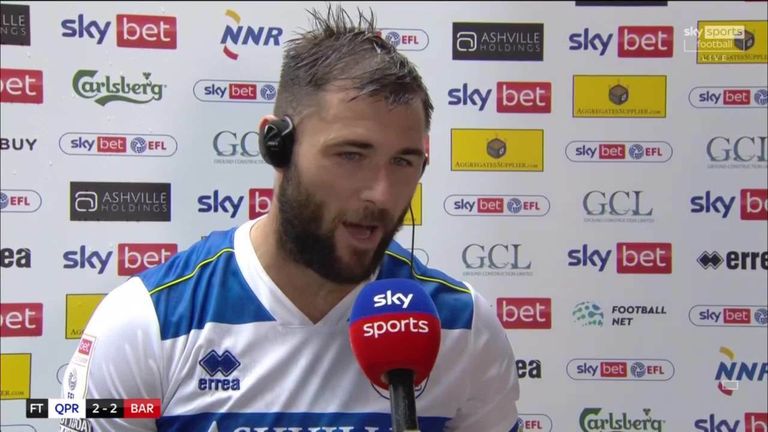 QPR Charlie Austin striker says that his side were poor in the first half but his team showed resilience and great character to earn a 2-2 draw at home to Barnsley in the Championship.

With no let-up in sight and a real danger of being blown away, a stern-looking Warburton shuffled his pack well before half time,, sacrificing Andre Dozzell and George Thomas for Albert Adomah and Dominic Ball. He then switched to a back four at the break, after which QPR looked refreshed.

Substitute Jimmy Dunne rose to nod a corner just wide of the left-hand upright just before the hour, while Austin sliced wide before he was denied by a spectacular reaction save from Tykes stopper Brad Collins as the hosts searched for a goal to set up a tense finale.

With 13 minutes to play, they found one when Chair ghosted into the area from the left and rifled a thunderous effort into the back of the net and just when it looked as though they might fall to a first defeat of the campaign, Austin slotted home to earn a point at the death.

The 23-year-old continued his bright start to the season, adding another assist to his tally when he set up Ilias Chair to score the first of QPR's two late goals. Having played every minute of his side's four league matches so four, he has two goals and two assists to his name so far. 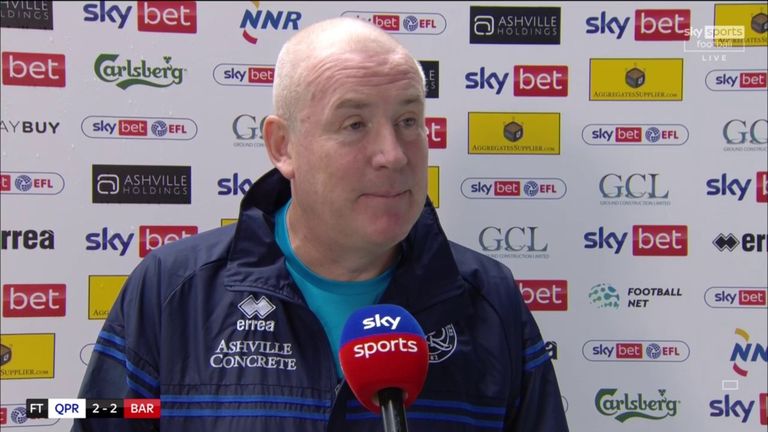 QPR boss Mark Warburton gives his reaction after a late equaliser saved them a point against Barnsley.

QPR's Mark Warburton: "We were two down and just felt we had to change it quickly. It's no reflection on Andre or George - they've been excellent since the first day of pre-season. But we had to change it and they were the two who suffered. It could have been a number of people. 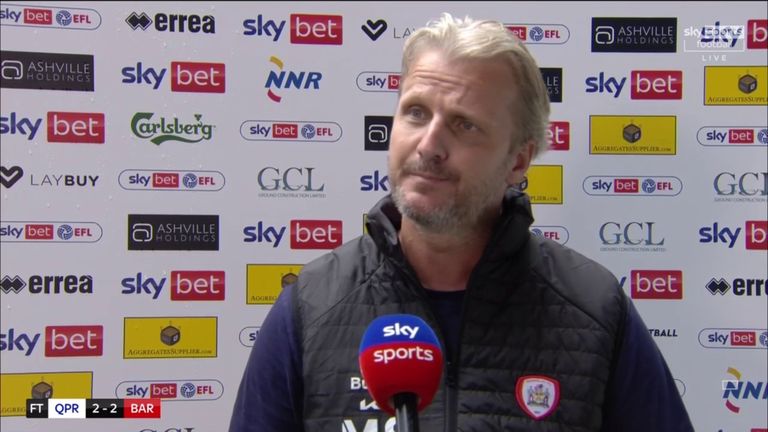 Barnsley boss Markus Schopp says they should have finished off the game against QPR after losing a 2-0 lead to draw 2-2 in the Championship.

Barnsley's Markus Schlopp: "After 35 minutes, this game was over. We're still lacking quality with finishing because we created so many chances. Even at 2-0 up, we had chances and we didn't do it. We were lacking and we were too naive at the end and didn't know how to handle the situation.

"We started the second half not that bad but we made some mistakes and lost the ball too easily. We need a bit more experience in those situations. We knew the second half would be tough but we had chances to score a third goal and, if you don't score, then you can lose a game like this too. It's all about having the right experience and intensity and knowing how to pass a period like this."

QPR are back in action at 7.45pm on Tuesday, August 24, when they host Oxford in the second round of the Carabao Cup, while Barnsley return at 3pm on Saturday, August 28, when they welcome Birmingham to Oakwell.