Report and free match highlights from the Sky Bet Championship clash between Queens Park Rangers and Huddersfield Town at Loftus Road as Josh Ruffels scored twice - including an incredible second - to earn a comeback win for the Terriers. 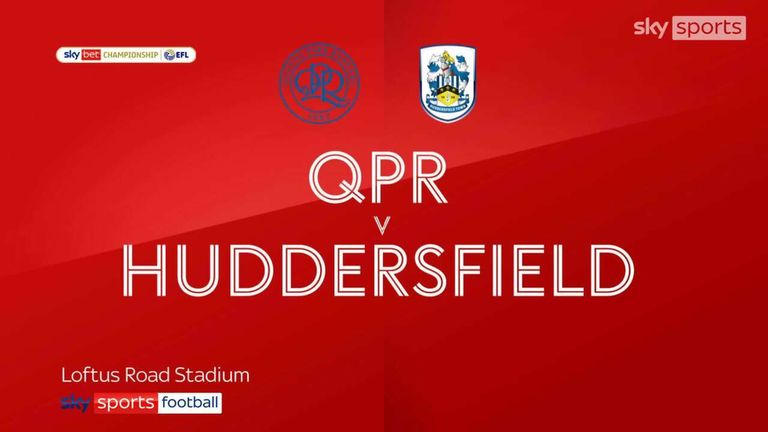 Highlights of the Sky Bet Championship match between QPR and Huddersfield Town.

Josh Ruffels scored his first two Huddersfield goals as the Championship's bottom team came from behind to beat QPR 2-1 and claim their first away win of the season.

Lyndon Dykes, making his 100th Rangers appearance, put them ahead after just 90 seconds at Loftus Road.

But it all went wrong for the west London side, who were recently top of the table and managed to fend off Wolves' interest in head coach Mick Beale but have now lost three of their past four matches.

Huddersfield had a glorious chance to score in the first minute, went behind in the second and equalised in the ninth in an incredible start to the game.

In the opening 30 seconds, Ben Jackson slipped the ball in behind R's defender Leon Balogun to put Danny Ward through on goal, but the striker was denied by keeper Seny Dieng.

Rangers responded to that let-off by taking the lead. Chris Willock found space on the left and crossed low for Dykes to tap in from a couple of yards out.

But Beale's side, who conceded via a set-piece in Saturday's 1-0 defeat at home to West Brom, shipped two more goals from set-pieces against the Terriers.

They failed to deal with Sorba Thomas' right-wing free-kick and Jack Rudoni headed towards Ruffels, who fired into the roof of the net from near the edge of the six-yard box to level the scores. 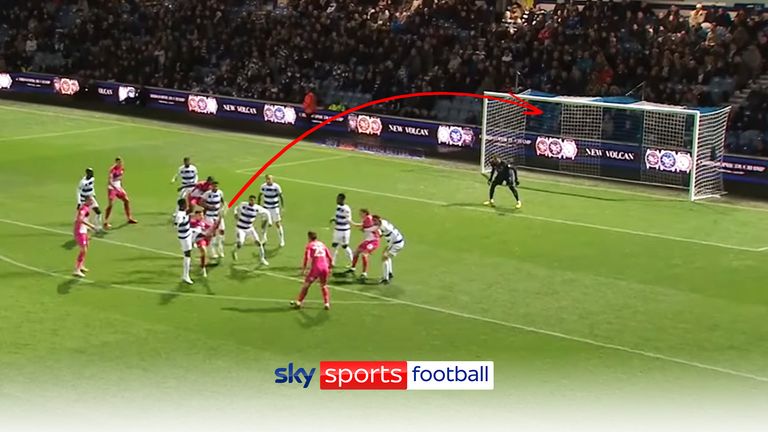 Huddersfield's Josh Ruffels produced a moment of magic as he scored an overhead kick from the edge of the box to put the Terriers 2-1 up against QPR.

Albert Adomah then shot just wide and soon afterwards the hosts appealed in vain for a penalty when Will Boyle appeared to handle Adomah's cross.

Just as Rangers seemed to be turning the screw, Ruffels struck again - with a remarkable goal in the 26th minute.

This time the home defence failed to deal with a left-wing free-kick and Ruffels controlled the ball with his back to goal before embarrassing the out-of-position Dieng with a looping overhead kick.

Huddersfield keeper Lee Nicholls saved from Tim Iroegbunam at point-blank range and Ilias Chair scuffed a shot inside the penalty area as QPR searched for an equaliser in the second half.

And Nicholls produced two superb saves late in the game to deny Taylor Richards, keeping out the substitute's long-range strike and his far-post header.

The lively Richards also saw an effort from just outside the box deflected wide, and Dykes headed over as the visitors clung on.

QPR's Mick Beale: "We didn't deserve anything because we were told before that set-plays would be big in the game, and counter-attacks, and that we couldn't concede in either of those moments. Then we concede from two set-plays - that's five out of the last six goals conceded - and it doesn't matter what the staff are asking the players to do if they don't want to go and attack the ball.

"In between that we played some really good football, but Huddersfield put their bodies on the line and if I'm their manager I'm absolutely delighted in terms of their togetherness and work-rate. This last week or so has not been good enough. It's our sticky patch. We need to wake up."

Huddersfield's Mark Fotheringham: "It's been unfortunate for us in recent weeks and that's what happens when you're bottom of the league. But the boys have shown determination and a great attitude to work their way out of the situation and I really believe this was a turning point for our season.

"Many people have been doubting me since I was a young lad at Celtic and started in football, and I've always come strong, and I'm always going to make this team mentally strong."