Rennes have already defeated defending champions Paris Saint-Germain this campaign and lie second in the table after five matches.

But Lennon's side have also begun their domestic campaign well and have a perfect record from their five games to date, leaving them confident for the game in Brittany, before they go on to face Lazio and Romanian side Cluj later in Group E.

"We know Rennes have had a superb start to their own domestic season and we know how difficult the tie will be," Lennon told the Celtic website.

"We're on good form, we're looking forward to it and it's exciting for not only the new players but the senior players.

"We're very excited about being in the competition and the quality of opponents we're going to play in the group.

"There's a lot of glamour in the group and we've earned the right to be here by playing some very good football but nothing is guaranteed.

"We're very motivated for the game, we know how difficult this test is going to be and we're always looking to improve our record away from home in Europe.

"This is a real stiff examination. Rennes are a good side, technically proficient and well organised. It'll be a good atmosphere and one we're looking forward to playing in.

"This is the next test for us and is one we're wary of but we're also looking forward to it."

Rennes head coach Julien Stephan believes Celtic are very near the standard of Europa League rivals Lazio as he warned his team that getting out of their group would be harder than last season.

Rennes reached the last 16 last season, finishing ahead of Jablonec and Astana and behind Dinamo Kiev, before beating Real Betis and losing to Arsenal.

But Stephan said: "It will be completely different group from last year, we think it's a stronger team. They are used to winning national titles, every year almost, they have won eight titles in a row.

"They are a team who are usually in the Champions League and they have huge experience with many internationals.

"We know they can play in the air and they are very technical. They are a very, very good team and have technical players like (Callum) McGregor, (Ryan) Christie, (James) Forrest, just to mention a few.

"They are well balanced and we know how difficult it will be but we are lucky to play at home and the supporters are going to play a big role in a potential win for us.

"I do believe Celtic are one of the favourites. As far as experience they should be able to perform well, maybe just behind Lazio."

Stephan has lost half of the team that won the French Cup earlier this year but Rennes have impressed again this season, beginning with three consecutive Ligue 1 victories.

"It's a new team, a new season, there is a new story to be told and we need to construct a story with a new team," he said. "We can't compare this year with last year, last year is history.

"We are in the process of rebuilding and the group is evolving. We have had a very good start in the league and we need to take it into Europe."

Christopher Jullien has been declared fit for the game after sustaining a head injury against Hamilton.

The Frenchman clashed with Marios Ogkmpoe and required medical attention before he was forced off.

Hatem Abd Elhamed is pushing for a start if Neil Lennon opts to rest Jullien, but Leigh Griffiths did not travel after picking up a thigh knock.

Rennes are winless in both of their previous meetings with Celtic, drawing 1-1 at home and losing 1-3 away in the 2011-12 Europa League group stages.

Celtic are winless in their last seven away European games against French opposition (D2 L5) since beating Nantes 3-1 in the 1966-67 European Cup last 16, en route to winning the trophy. 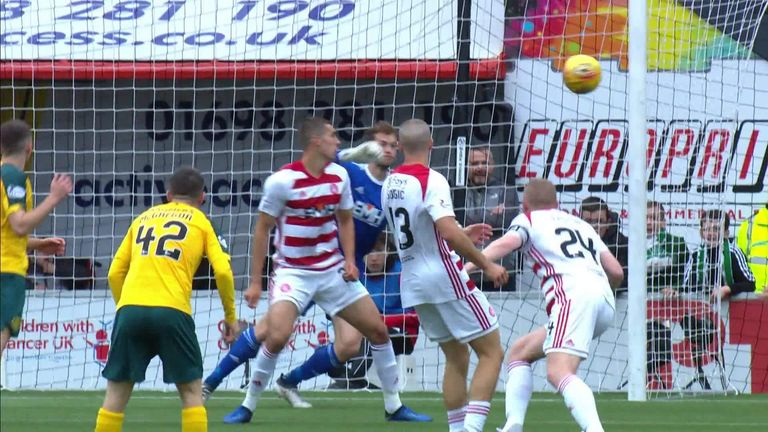 Highlights of the Scottish Premiership match between Hamilton and Celtic

Including qualifiers, Rennes have lost just one of their last 15 home games in European competition (W8 D6), going down 1-2 against Dynamo Kiev in last season's Europa League group stage.

In Champions League and Europa League games combined, Celtic have won just three of their 45 away group stage games (W3 D11 L31), with one of those victories coming in last season's competition (1-0 at Rosenborg).

Celtic's James Forrest has scored in each of his last four games in European competition this season, including in both legs of their Europa League qualifying victory against AIK.

Rennes have started very well in Ligue 1. I am hoping that M'Baye Niang will not be playing. He is lightning quick, almost a lesser version of Pierre-Emerick Aubameyang. These guys can play and move, and that is what Celtic struggle against.

Celtic will be good on the counter-attack, but their reputation is always the same. They get scared when they travel away from home. They don't know where to pitch their defence and whether to play a squeezing game or not.

They will have technically gifted players and pace out wide, where they will look to exploit. Celtic still have defensive injuries and will not threaten here.

Follow minute-by-minute updates across the Sky Sports website and app via our live match blog. Coverage will start at 4.55pm.