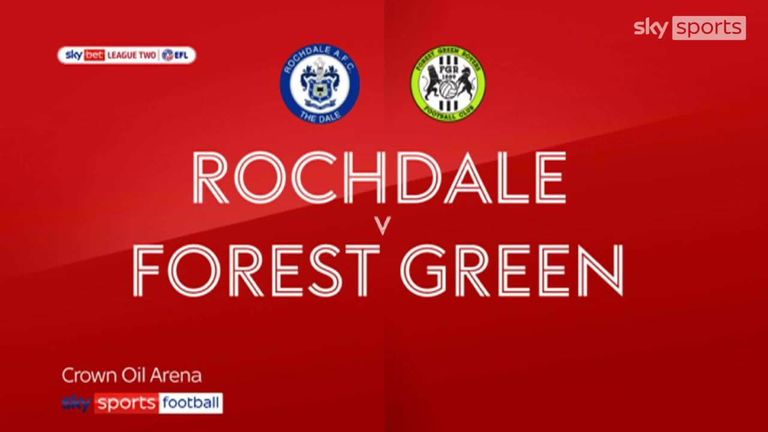 Highlights of the Sky Bet League Two match between Rochdale and Forest Green.

Forest Green's 2-1 victory at Rochdale in was marred by serious injury to Udoka Godwin-Malife late in the League Two game.

There was a lengthy stoppage late on as the defender was carried off on a stretcher while wearing an oxygen mask following an innocuous-looking collision near the halfway line.

The visitors had taken the lead against the run of play in the 34th minute when Matt Done made a hash of an attempted interception, allowing Kane Wilson to race free down the right and square for Jamille Matt to send a composed finish wide of Jay Lynch.

A lively start to the second half saw Matt Stevens' header hit the upright before the home side equalised when Alex Newby smashed the ball into the roof of the net in the 48th minute.

But Dale's parity lasted less than 60 seconds as Stevens restored Rovers' lead with a smart finish.

Abraham Odoh's low drive was pushed around the post by goalkeeper Luke McGee while on-loan Birmingham striker Josh Andrews sent a free header off target as Dale pushed for an equaliser.

The Godwin-Malife injury led to nine minutes of stoppage time and Rovers held on to make it three wins from their opening three league games.