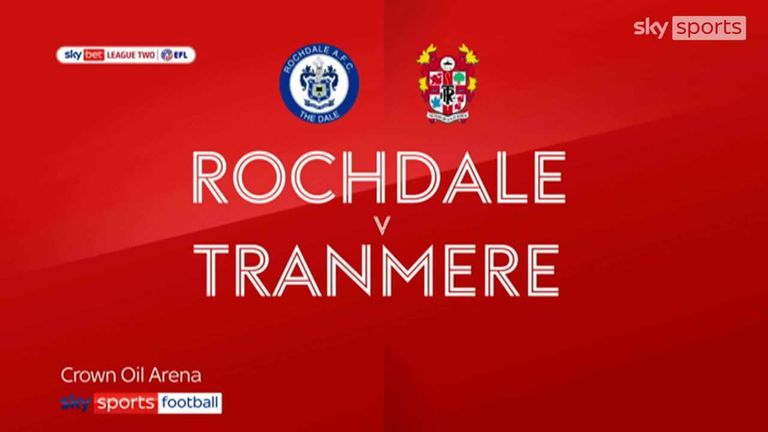 Highlights of the Sky Bet League Two match between Rochdale and Tranmere.

Danny Cashman scored his first league goal for Rochdale to earn a 1-0 victory over Tranmere.

Dale dominated the game for long spells, although the visitors were left to rue their luck after twice hitting the woodwork.

In the opening 10 minutes Abraham Odoh teed up Jake Beesley for a smart turn and shot which Rovers goalkeeper Joe Murphy pushed away, while the visitors went close soon after when Josh Hawkes struck the foot of a post with a 20-yard drive.

A scrappy start to the second half was not helped by a lengthy stoppage in play as Murphy received treatment after a collision with his own team-mate, the keeper eventually carried off on a stretcher.

Replacement Ross Doohan was the busier of the two keepers but was never seriously tested until the 84th minute when Dale substitute Cashman, on a season-long loan from Coventry, flashed a brilliant finish into the corner of the net.

Tranmere missed a glorious chance to level during the eight minute of time added on when another sub, Sam Foley, struck a post with an effort from eight yards with just Joel Coleman to beat.