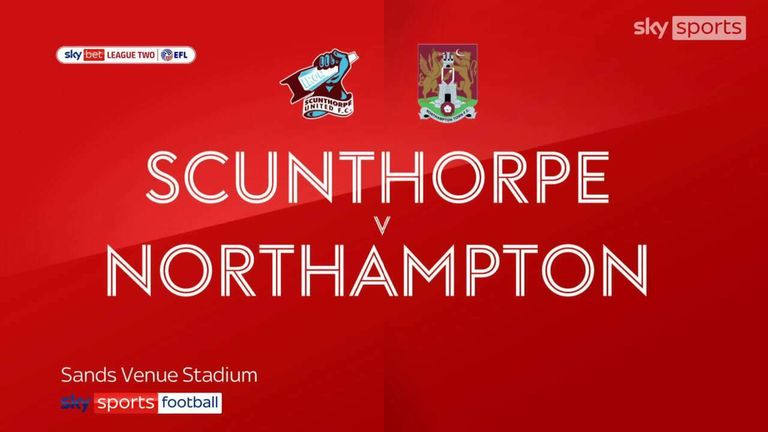 Promotion-chasing Northampton climbed up to second in League Two courtesy of a 0-0 draw at Scunthorpe.

But the Cobblers will likely reflect on the game as two points dropped given their hosts' position at the bottom of both the league and form tables.

The visitors were second best for most of the match, although squandered the game's best chance in the 75th minute when substitute Josh Eppiah saw a shot cleared off the line.

Scunthorpe belied their lowly position with their first-half performance, although they struggled to turn their pressure into chances.

A cross-shot from Liam Feeney - which no Iron player gambled on as it flashed across the face of goal - and a header from Tyrese Sinclair, that was held at full stretch by keeper Liam Roberts, was the closest they came to breaking the deadlock.

The second half followed a similar story, with defences on top and both sides lacking ideas in the final third.

Northampton's best spell of the night came in the final quarter, kickstarted by Eppiah's opening just seconds after his introduction from the bench, when Ross Millen recovered to slide the ball behind for a corner.

Top scorer Sam Hoskins also went close with a cross that smacked against the face of the bar and Paul Lewis fired wide in stoppage time as Scunthorpe held on to claim a deserved point.