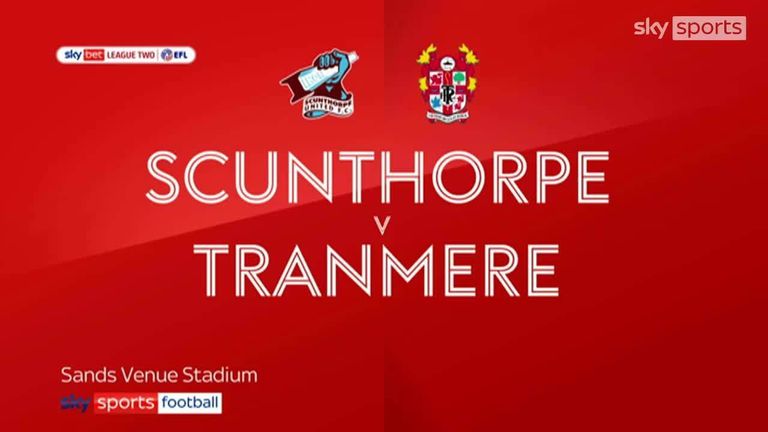 Myles Hippolyte's early penalty got Scunthorpe's season up and running, earning them their first victory of the campaign in a 1-0 success over Tranmere.

Hippolyte fired his third-minute spot-kick down the middle after the visitors had been penalised for a handball inside the box and though keeper Joe Murphy got a hand to it, he could not keep it out.

Murphy ensured Rovers' margin of defeat was not even greater with several fine first-half saves.

He flew low to his right to keep out a powerful drive from Alfie Beestin in the 24th minute, before later getting his body in the way of a Devarn Green effort as he latched on to a clever flick into the penalty area.

Despite plenty of industry in their attempts to get back into the game, Tranmere - who had scored just once in their four league matches going into the game - lacked a goal threat, with Ryan Watson off target with efforts either side of the break.

Teenager Dan Gallimore wasted a great chance to make the points safe for the hosts when he rushed a shot and fired wide after breaking into the box in the 71st minute.

He no doubt breathed a sigh of relief when visiting substitute Mani Dieseruvwe's touch let him down when the ball broke to him on the edge of the six-yard box late on, allowing home keeper Rory Watson to gather - and Scunthorpe to secure all three points.