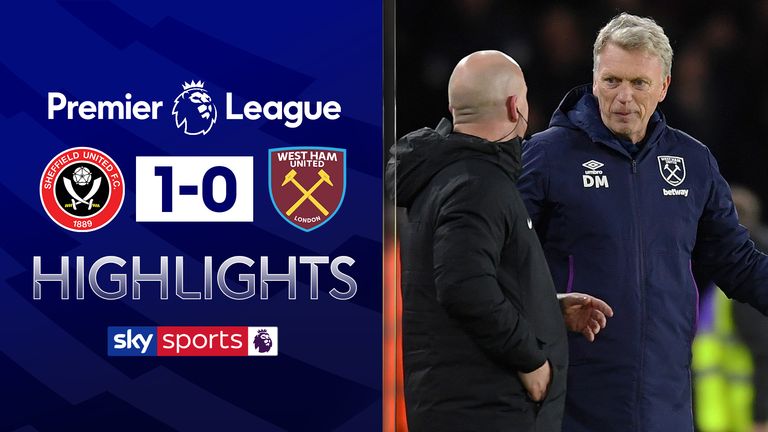 FREE TO WATCH: Highlights from Sheffield United's victory against West Ham in the Premier League

David Martin, who had replaced the injured Lukasz Fabianski before half-time, misplaced a goal-kick straight to John Fleck eight minutes after half-time, and the Scot teed up his compatriot McBurnie to bundle in the opener from close range.

David Moyes would have been happy with his players' efforts up to that point; the opening half had failed to produce a shot on target from either side, but the Hammers had gone closest when Felipe Anderson just missed the far post from a fine position.

But with the goal advantage and the introduction of Lys Mousset after an hour the Blades could have added to their lead, but Martin redeemed himself for his earlier error to keep out a low effort from the Frenchman with a fine stop.

It took the Hammers until the 77th minute to pull a meaningful save out of Dean Henderson from Manuel Lanzini's free-kick, and thought they had earned a last-minute equaliser when Robert Snodgrass arrowed an effort in off the near post, but it was overruled by VAR for a handball in the build-up by Declan Rice.

Man of the match: John Fleck

That decision means West Ham stay 16th, while the Blades rise above Manchester United into fifth, albeit having played a game more than all the teams below them.

How the Blades cut the Hammers down to size

In the first meeting of these two teams at Bramall Lane since the infamous Carlos Tevez saga which, in the Blades' eyes at the time, played a major part in their own relegation in 2007, the only punches thrown were those of former IBF welterweight champion and guest of honour Kell Brook, as on the pitch neither side looked anywhere near their best in the final third. 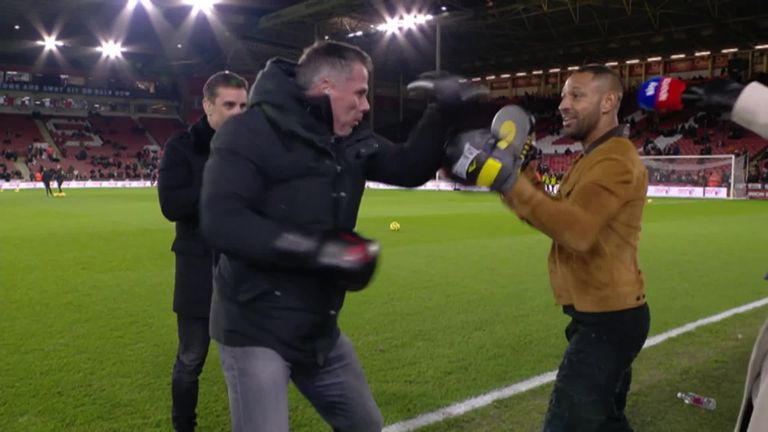 West Ham were again organised and efficient at the back but John Egan still nearly caught them out when he flashed Oliver Norwood's corner inches over the bar, shortly after Martin had replaced Fabianski who was forced off with another thigh injury only weeks after recovering from a long-term hip problem.

At the other end, some nice link-up play in the Hammers' front three left Anderson with space to run into the box, but as he attempted to catch out Henderson with a shot back across goal, he just missed the far post with the visitors' first meaningful chance.

Gary Neville said he expected Chris Wilder to read his players the Riot Act at the break and they certainly came out for the second half looking more hungry, and Fleck twice went close within minutes of the restart.

He would turn provider when the hosts were gifted a chance from a wayward Martin goal-kick which missed Balbuena and was pounced upon by Fleck, who fed McBurnie. With only the goalkeeper to beat, he made a meal of his finish and was lucky it struck the midriff of the substitute and deflected into the corner.

The Blades nearly had a second when Fleck found substitute Mousset on the edge of the area and after engineering space for a shot, was only denied by an excellent stop by Martin in a moment of partial redemption.

West Ham briefly thought they had a leveller when Snodgrass' free-kick was turned in by Sebastien Haller but the goal was quickly ruled out by the offside flag, before Lanzini's dead-ball effort was kept out by a strong hand from Henderson.

There was more drama to come late on when the Hammers looked like they had snatched a point from nothing as Rice found Snodgrass, who finished smartly off the near post, but VAR would have the final say to overrule the equaliser for a handball in the build-up.

Sheff Utd manager Chris Wilder: "We had to grind it out a little bit. It's a huge three points for us, I'm always result and performance but the result is far bigger than the performance tonight. We gave the ball cheaply, never got going, never got into a rhythm, got caught in between and didn't react or anticipate, allowed players to get out of tight areas and weren't physical enough. 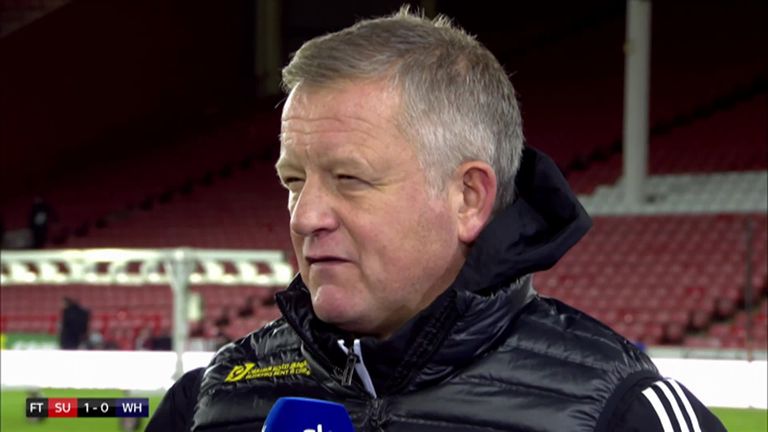 Chris Wilder admits he has sympathy for David Moyes' side after their late equaliser was denied by a handball decision given via VAR.

"I don't know where it came from, the preparation was good and we're always up for a game but we were a bit lacklustre and it wasn't us. A few little reminders were said at half-time."

West Ham boss David Moyes: "We're disappointed as we scored a really good goal. Declan Rice did really well to break through and the defender headed the ball against Declan - it was great strength and he showed great feet. Whoever was checking it has got it wrong as it was a good goal. I saw nothing wrong with it, it was a good goal. 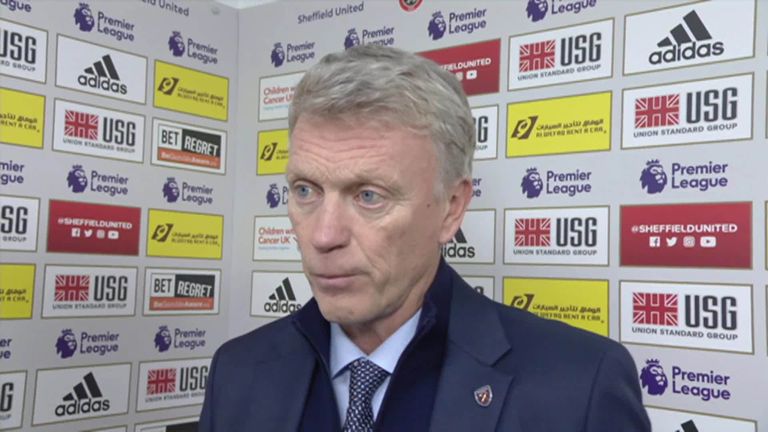 David Moyes couldn't understand why West Ham's late goal against Sheffield United was chalked off by VAR for handball.

Man of the match - John Fleck

Fleck made more key passes than anyone else on the pitch (3), one of which made the only goal of the game. He was a whisker away from scoring himself shortly before that and was easily the most threatening of Sheffield United's starting line-up.

He utilised Mousset's pace well when the Frenchman came on and made a fine chance which the striker perhaps should have finished.

Arsenal host Sheffield United at the Emirates next Saturday at 3pm, while David Moyes faces Everton at the London Stadium.