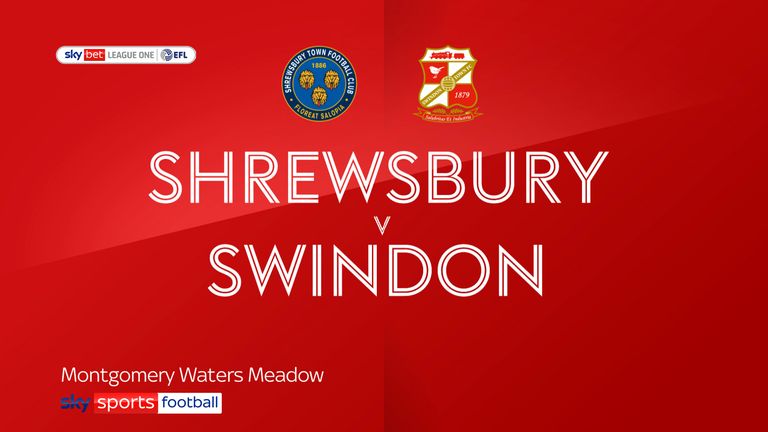 Highlights of the Sky Bet League One match between Shrewsbury and Swindon.

John Sheridan's first game in charge of Swindon ended in a thrilling 3-3 draw at Shrewsbury.

Sheridan arrived at the Robins in the week, following his departure from Sky Bet League One rivals Wigan.

The Shrews started brightly and it wasn't long before they were toasting the opener.

Aaron Pierre rose highest to meet a corner and thumped a header beyond Swindon stopper Joe Fryer to open the scoring.

Joel Grant reduced the arrears before half-time for Sheridan's men with a deflected finish.

But veteran Dave Edwards restored the hosts' two-goal buffer with a lashed effort that flew into the net after a loose ball fell his way.

Swindon were not done yet though, and forward Hallam Hope made it 3-2 just a few minutes later with a fine, curling effort.

And just when time looked as though it was up, Matt Smith popped up with a stoppage-time effort to rescue a point for Sheridan's men.