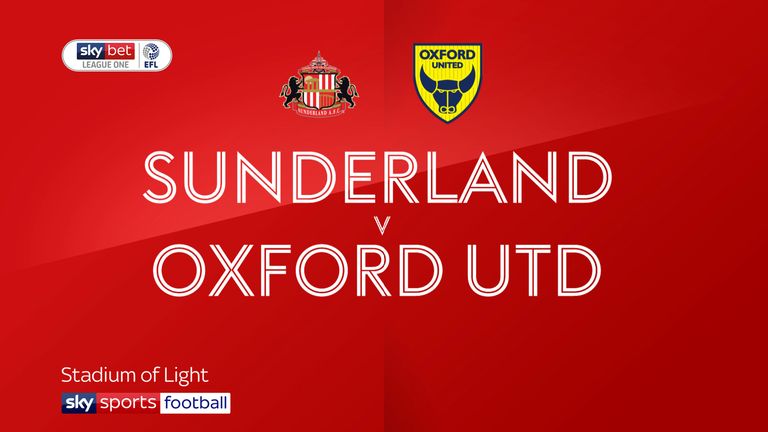 Highlights of the Sky Bet League One clash between Sunderland and Oxford.

Sunderland's status as Sky Bet League One's draw specialists carried over from last season as they were held to a 1-1 draw by Oxford on the opening day of the season.

Lynden Gooch's second-half penalty cancelled out Tariqe Fosu's early opener for the visitors, but Jack Ross' side - who recorded a league-high 19 draws last season - will still be frustrated at their failure to get off to a winning start on home soil.

Sunderland's summer reshuffle meant Tom Flanagan was the only outfield survivor from the team that started May's play-off final against Charlton, but Ross' remodelled line-up was on the back foot from the off.

Fosu dragged an early shot wide of the target after a neat one-two with Cameron Brannagan, but the Oxford midfielder was not to be denied when he broke into the box again in the 14th minute.

Ben Woodburn stole possession from Conor McLaughlin after the Sunderland debutant was guilty of a heavy touch, and his through ball enabled Fosu to chip home a neat finish.

Sunderland rarely threatened before break, but the hosts levelled four minutes after the restart.

Josh Ruffels felled Gooch as he broke into the right side of the area, and the Sunderland wing-back picked himself up to drive home from the spot.