David de Gea produced a string of superb saves as Manchester United held on to beat Tottenham 1-0 and secure a sixth win in a row for Ole Gunnar Solskjaer.

Marcus Rashford scored the winner late in the first half but Solskjaer was indebted to De Gea, who made no less than 11 saves to withstand a second-half Spurs barrage to seal the historic victory for the United interim manager.

United move level with fifth-placed Arsenal as a result, and to within six points of the top four. Spurs remain third, nine points off Liverpool after suffering a huge dent in their title aspirations.

It was billed as Solskjaer's toughest assignment to date but there was no change in philosophy from the United interim boss in a first half full of attacking flare. Spurs registered the first attempt on goal inside nine minutes when Harry Winks dragged a shot wide after good hold-up play from Heung-Min Son, but that was where the script ended as United asserted themselves.

Ander Herrera brilliantly controlled a Pogba diagonal pass, whipped a peach of a cross into the area which was flicked onto Jesse Lingard at the back post, but the England international blazed over. A minute later a rapid counter involving Pogba and Anthony Martial presented Rashford which a sight of goal but, having opted not to square for Lingard, he could not generate enough power on his left foot to beat Hugo Lloris.

Pogba continued to pull the strings in midfield as he won back possession on halfway on 18 minutes and released Martial, who weaved his way into the area before drawing Lloris into action at his near post.

Harry Kane led the Spurs response, bringing a corner under control on 25 minutes, only for his shot to be blocked by Phil Jones, before the Spurs skipper had his close-range tap-in ruled out for offside on the half-hour.

Spurs lost Moussa Sissoko to injury just before half-time and United applied further salt to the wound as a raking Pogba pass played Rashford in behind, and he superbly rifled the opener into the far corner in the final minute of the half.

Spurs laid siege to the United goal after the interval but came across an inspired De Gea. Kane fired a low drive at the feet of the United goalkeeper within minutes of the restart, before Alli saw a header clawed off the line by the Spaniard at full stretch.

Lloris then denied compatriot Pogba from doubling United's lead with a towering header before tipping his lofted shot onto the roof of the net before the hour mark.

Kane headed a corner straight at De Gea while under pressure from Jones on 59 minutes, before the Spurs striker and Erik Lamela transpired to waste another opportunity, after Kieran Trippier's cross from the right.

But the best was yet to come from De Gea. Alli was denied at the end of a counter before Toby Alderweireld's deft near-post flick from a corner was superbly kept out. Alli and Kane continued to pepper the United goal to no avail as the impenetrable De Gea sealed the victory. 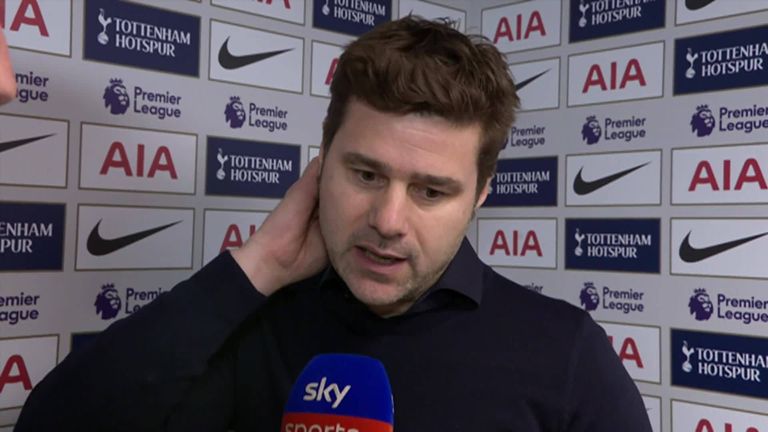 Mauricio Pochettino says his side were fantastic, but it can be an unfair game sometimes as Tottenham fell to defeat to Manchester United in the Premier League.

Mauricio Pochettino: "I am so pleased and I'm proud. After four-and-a-half-years, the second half was the best performance I have seen Tottenham play. It was amazing and I think David de Gea made 11 saves which is unbelievable. In football, sometimes you deserve to win and don't and other times, you do not and you win. We were not clinical and sometimes you score with less opportunities but it is nothing to complain about. 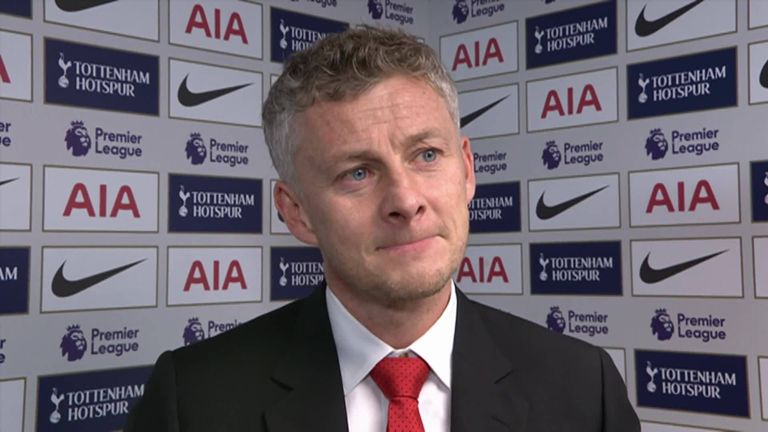 Ole Gunnar Solksjaer says his Manchester United side showed they are ready to compete after a big win over Tottenham in the Premier League.

Ole Gunnar Solskjaer: "Results wise, to come away here and beat Tottenham is fantastic. We hung on in the second half and we never got to grips with it when they changed the system, but you are allowed to have a good goalkeeper. Obviously when you make 11 saves it is a top performance, but even so, two of them were top saves but the rest you would expect David to make. We defended well as a team. It was just a complete team performance."

It's been a while since we've seen a performance like that from David de Gea. To be honest, he hasn't had much to do recently, but this exemplary display of goalkeeping was a timely reminder of his unrivalled quality. You could even argue that was his greatest performance in a United shirt, given the magnitude of the occasion. With him in between the sticks at one end, and a rejuvenated attack at the other, these are promising times for United and the Solskjaer revolution.

United host Brighton in the Premier League on Saturday at 3pm, while Spurs travel across London to Fulham on Renault Super Sunday, live on Sky Sports.