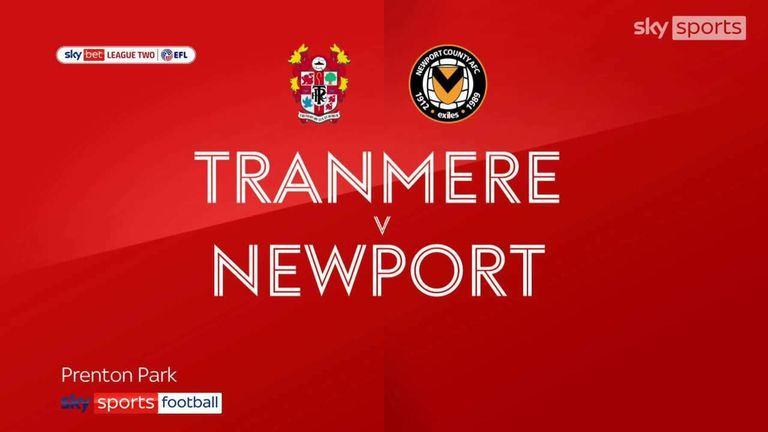 Highlights of the Sky Bet League Two match between Tranmere and Newport.

Tranmere failed to score for the third league game in a row as Alex Fisher gave Newport a 1-0 win at Prenton Park.

Newport's Joe Day was the busier goalkeeper in the first half and had to be alert to prevent a freak own goal when Sam Foley's low cross looped goalwards off defender Priestley Farquharson.

Rovers should have led when Liam Feeney broke from deep but saw his pull-back side-footed wide by Paul Glatzel.

Kieron Morris then twice stung Day's palms from outside the box before a purple patch for Newport, with Fisher wasting the best chance of the half as he rattled the crossbar from close range after Farquharson's header across goal.

Newport maintained the ascendancy after the break and on the hour became the first side to score against Tranmere in the league this season.

Fisher again hit the bar with a flicked header but stayed alert in the ensuing scramble to poke the ball home.

Micky Mellon's side have now scored just once in four league games.