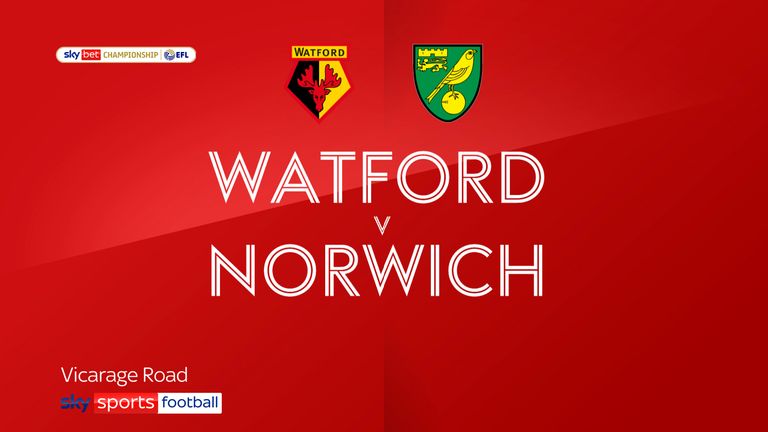 Highlights of the Sky Bet Championship match between Watford and Norwich

The Spaniard had only been in the job for six days, following Vladimir Ivic's dismissal a week earlier, but guided his side to a first win in three games courtesy of Ismaila Sarr's fourth goal of the season (39).

As a result, Norwich were denied a sixth straight victory, as well as being denied the chance to extend their lead at the top of the table, while Watford ended the day where they started it: fifth and just a point behind fourth-placed Brentford.

The dream start for Xisco Munoz

Munoz arrived at Vicarage Road with a reputation for attacking football, and though he admitted in his pre-match interview that his side would "try" to get that across during the game, it was quickly evident, with Andre Gray hitting a sweet volley into the side netting.

As expected, Norwich soon began to dominate and dictate the pace of the game. Emi Buendia looked spritely as he tried to carve out openings around the edge of the area, but their patient, meticulous build-up failed to produce any chances of note.

Just a few minutes before the break, Watford took advantage. Ken Sema darted to the left-hand byline and pulled the ball back across the face of goal to the far post, where Sarr timed his run to perfection, sneaked past Jacob Sorensen and tucked the opener past stranded Norwich goalkeeper Michael McGovern.

During Ivic's four-month spell in charge, the hosts had improved defensively and that showed after the break, with Norwich rarely able to penetrate their penalty area. There was an increase in energy, though, when Daniel Farke made a triple change and switched to a back three just after the hour mark.

Farke's men had half-hearted penalty appeals waved away when Teemu Pukki appeared to be brought down by Adam Masina inside the area, but replays showed the substitute made the slightest of touches ahead before the Finnish frontman could take aim.

Watford were almost gifted a winner when Stipe Perica seized on Christoph Zimmermann's weak pass back to McGovern, but with Norwich unable to manage the game in the manner they usually do, it was a comfortable win for the hosts.

Man of the match - Ismaila Sarr

"I love it when a wide player gets into a goalscoring area and even the yellow card he was shown when he was back working hard and closing down." 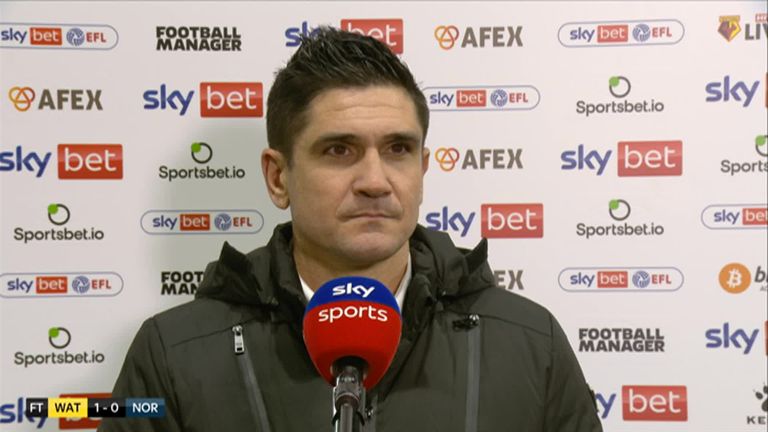 Xisco Munoz was very proud of his Watford players as they beat league leaders Norwich 1-0 in his first game in charge.

Watford's Xisco Munoz: "I'm very happy in this moment. I have to say thank you very much to the players because they gave everything. This is the first step and we won this important game.

"We can try and give more but now is the moment to enjoy it because it was a very difficult game. Everyone gave the maximum and played for the team." 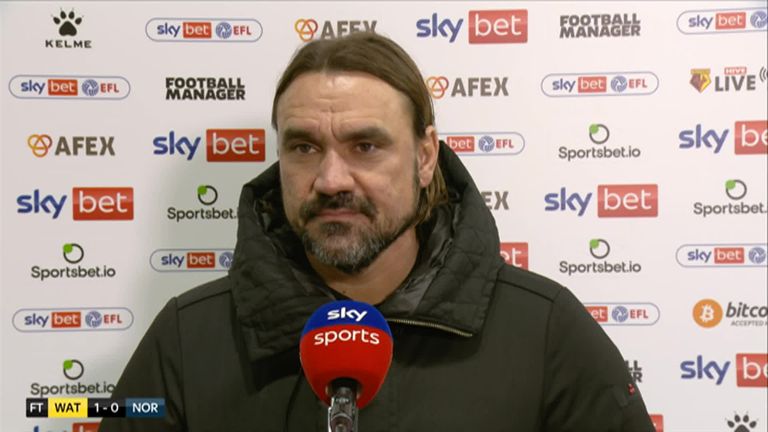 Daniel Farke said that his Norwich side lost to one of the best teams in the league but insists Norwich are still in a great position for promotion.

Norwich's Daniel Farke: "Tonight we played one of the best teams in this league. We had 65 per cent to 35 per cent possession, 16 to seven shots; it's not a game you should lose but I would still just blame ourselves because we were not that sharp up front today. We lacked intensity.

"When you are not that sharp then you don't have the concentration to use your chances and also you sometimes lack a level of awareness in terms of defending. It was, more or less, a game we dominated and they tried to beat us with counters. In the second half we didn't show enough quality to turn the game and that's the story of this game."

With Watford's meeting with Millwall having been postponed, the Hornets are next in action on Saturday, January 2, when they travel to the Liberty Stadium to face Swansea. Norwich, meanwhile, face QPR at Carrow Road on Tuesday, December 29.