Report and highlights from the Sky Bet Championship clash between West Brom and Sheffield United at The Hawthorns as an own goal from Jack Robinson and second-half strikes from Dara O'Shea, Alex Mowatt and Callum Robinson sealed comfortable Baggies win. 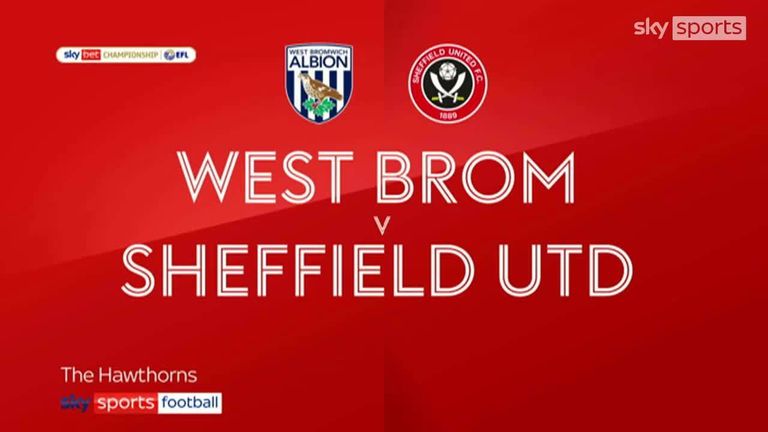 Highlights of the Championship clash between West Brom and Sheffield United

West Brom continued their unbeaten start to the season with a one-sided 4-0 win at The Hawthorns against fellow relegated side Sheffield United, whose goalkeeper Aaron Ramsdale is poised to join Arsenal.

Ramsdale was omitted from United's squad for the Sky Bet Championship game as the transfer neared completion after the clubs agreed an initial fee of around £24m.

Ramsdale's place went to Michael Verrips, who endured a torrid time, allowing a corner to slip through his hands for Albion's second goal then beaten in the air for the fourth as West Brom went top of the table after three games.

Valerien Ismael's side continued their bright early form and had the ball in the net twice in the first 16 minutes, but both efforts from the former Sheffield United forward Callum Robinson were ruled out.

Robinson prodded over the line after 64 seconds when Matt Clarke flicked on a long throw-in by Darnell Furlong, but Robinson was judged to be offside and the ball hit him on the arm.

Then Robinson volleyed home after a Furlong flick-on but this time there was a foul in the build-up.

West Brom's pressure eventually told with a goal that did count, in the 26th minute. 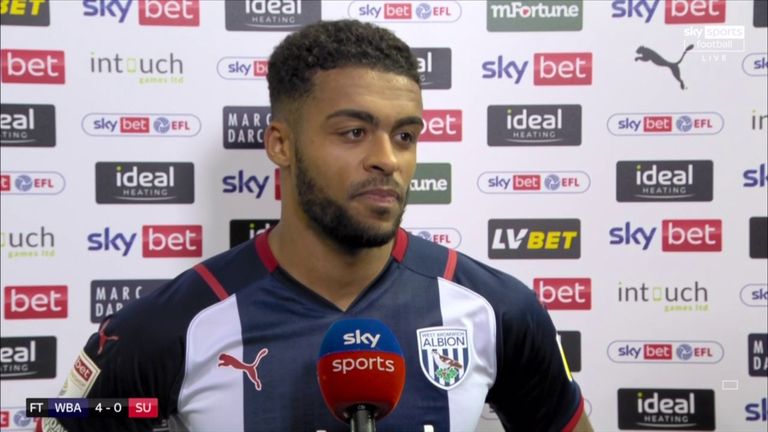 Yet another long throw-in from Furlong saw a cluster of players from both sides rise on the edge of the six-yard box and the ball flew in off the unfortunate head of United left-back Jack Robinson.

Almost immediately, United should have equalised but David McGoldrick sidefooted wide with only goalkeeper Sam Johnstone to beat.

West Brom killed the game off with three goals in 12 minutes before the hour mark.

They doubled their lead in the 47th minute - and it was one poor Verrips will want to forget.

The 24-year-old Dutchman first flapped with one hand then allowed Alex Mowatt's corner to squirm through both hands, with Dara O'Shea gleefully poking home through a crowd of players.

Six minutes later it was 3-0 as Albion sliced through United with consummate ease.

Mowatt started and finished the move. He won the ball in the air, finding Callum Robinson and raced for the return off Karlon Grant before coolly sidefooting past Verrips.

Callum Robinson finally got his name on the scoresheet in the 59th minute, controlling and volleying home from close range after another Furlong throw-in was flicked on by Kyle Bartley, with Verrips conspicuous by his absence. 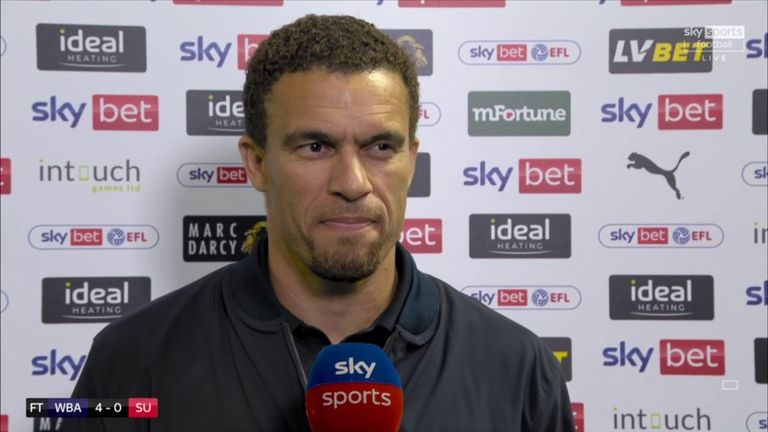 West Brom head coach Valerien Ismael was full of praise for his side's performance after they beat Sheffield United 4-0.

West Brom's Valerien Ismael: "We were ruthless - that is what we missed against Luton but the break killed our legs.. "Tonight defensively were very strong. The principles we there, the running was there so we could always defend forward.

"I think it's a great feeling. We need the win to cement the belief in the heads of the players. Each win you can get, as quickly as possible, we will believe quicker. I think tonight is the right step for us to continue to work with the guys." 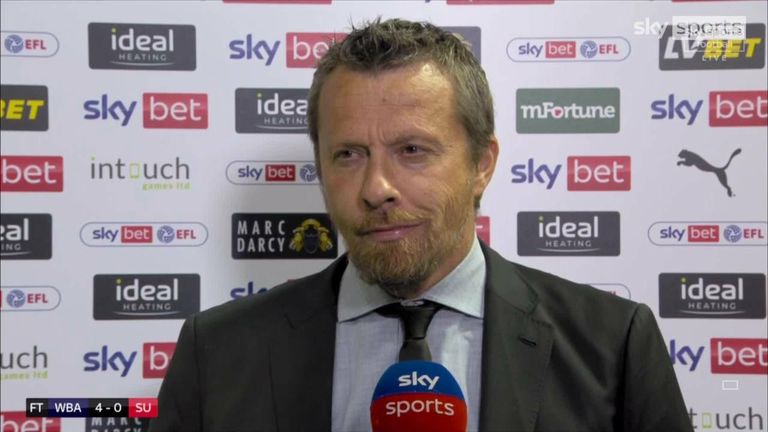 Sheffield United manager Slavisa Jokanovic says we need to keep on working following a 'really bad night' with their 4-0 loss against West Brom.

Sheffield United's Slavisa Jokanovic: "We lost the physical battle and all the set pieces and three times they score from this situation. We tried to move the ball but did not create enough chances. We paid a heavy price. They pushed us and we can talk about quality but if you give them this amount of the press you will lose this game.

"It was Mike's first time in the Championship and not an easy night for him. Aaron was our first option and of course it's not perfect preparation if you lose one guy before the game."