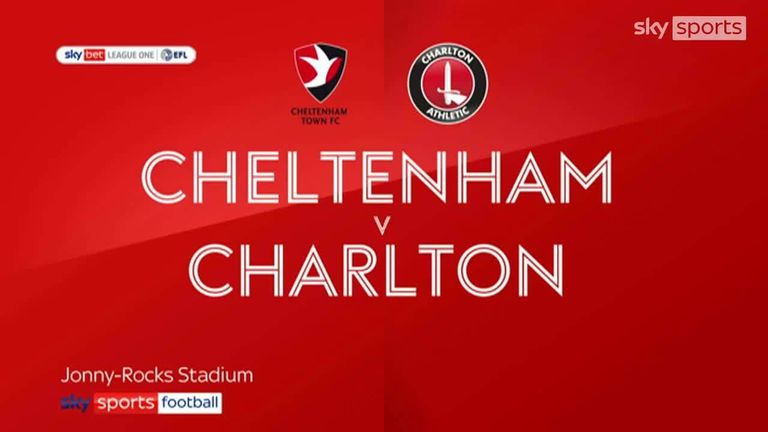 Highlights of the Sky Bet League One match between Cheltenham Town and Charlton Athletic.

The returning forward, who signed for the Addicks for a second spell from Birmingham on the eve of the game, touched in from close range after Ryan Inniss' downward header five minutes into added time.

Dan Nlundulu's first goal for Cheltenham had looked to have been enough to seal a home victory.

The on-loan Southampton forward was making his second start for the Robins and he followed up from close range after Callum Wright's shot was parried by Stephen Henderson two minutes before half-time.

The home side were looking to end a run of seven games without a win against an Addicks side who had lost their last three.

Cheltenham deserved their lead, having seen Henderson pull off fine saves to deny Alfie May and Wright twice before Nlundulu's strike.

Wright also missed from almost on the line after Sean Long knocked May's free-kick back into the middle, while Henderson did well to deny Matty Blair in first-half stoppage time.

At the other end Inniss saw a header from Elliot Lee's corner cleared off the line in the 13th minute.

Aneke's acrobatic effort cleared the bar for Charlton early on the second period, while Inniss had to clear May's attempt off the line.

But Aneke sent the 1,515 travelling fans home happy by being in the right place at the right time at the death.