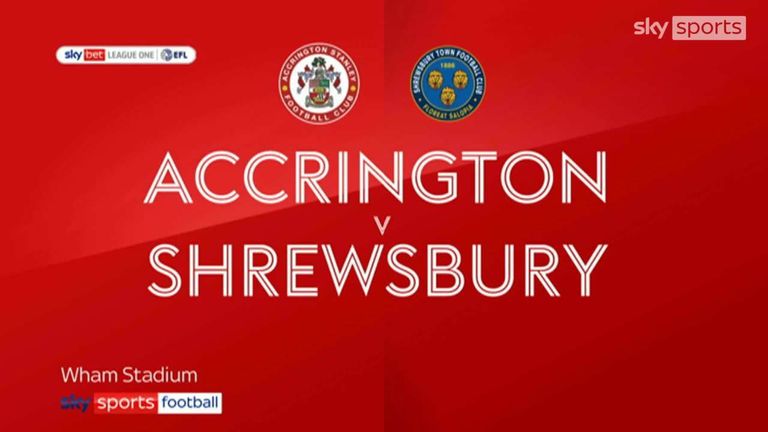 Highlights of the Sky Bet League One match between Accrington Stanley and Shrewsbury Town.

Joel Mumbongo scored his first league goal as Accrington moved up to second place in League One with a 1-0 win over Shrewsbury.

Burnley loan striker Mumbongo struck in the 15th minute, firing home from four yards after the ball fell to him when Marko Marosi pushed out Colby Bishop's close-range header from a Ross Sykes cross.

The Shrews, who have now lost five of their six league games, almost hit right back with a volley from Tom Bloxham that was superbly kept out by Toby Savin, but that was their only real chance of the half.

Stanley continued to press and Bishop was unlucky as he was inches away from connecting with a Mumbongo cross after 27 minutes.

Shrewsbury came out with more purpose after the break, an Elliott Bennett cross flashing across the face of goal.

However Stanley soon took charge again, with Sean McConville denied by the legs of Marosi after 57 minutes.

Savin kept out Daniel Udoh, while Marosi dived low to deny Ethan Hamilton and Harry Pell and the Shrews could not find an equaliser despite nine minutes of added time.