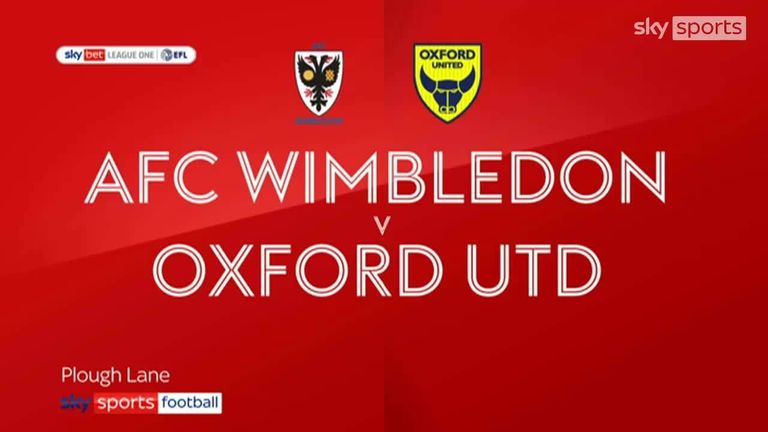 Highlights of the Sky Bet League One match between Wimbledon and Oxford.

Oxford missed the chance to go top of League One as they fell to a 3-1 defeat at AFC Wimbledon.

The high-flyers led at the break thanks to Mark Sykes' opener in added time, but the Dons turned it around in style, with Jack Rudoni's brace and a goal from Will Nightingale doing the damage.

Dapo Mebude wasted a good chance for the Dons when he fired straight at Jordan Stevens after 34 minutes.

Sykes then put Oxford ahead in the first minute of first-half stoppage time after he robbed Anthony Hartigan of the ball and coolly fired home.

But, in the 55th minute, Rudoni levelled for the hosts after getting on the end of Nightingale's knock-down.

Cameron Brannagan volleyed inches wide after 69 minutes after being picked out by Anthony Forde and Nightingale then put Wimbledon ahead after nodding home from Hartigan's 78th-minute corner.

And it was game over three minutes later when Rudoni expertly slotted home following a fine counter-attack.