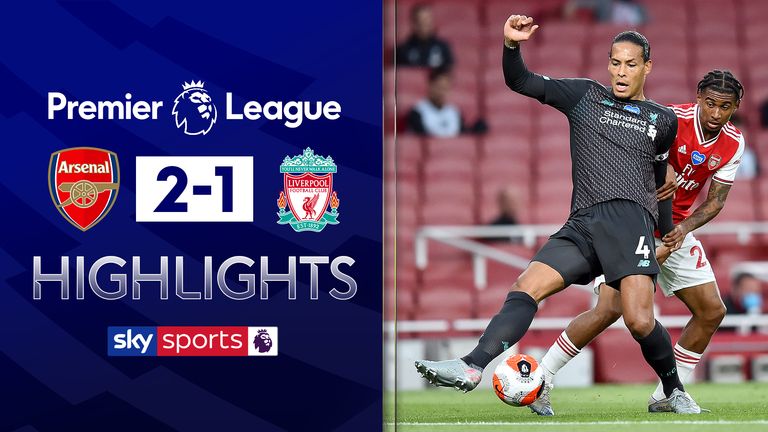 FREE TO WATCH: Highlights from Arsenal's win over Liverpool in the Premier League.

Sadio Mane looked to have set the champions on course for one of the three victories they needed to surpass Manchester City's record 100-point haul with the opener on 20 minutes at the Emirates.

And, despite a commanding second-half performance, Liverpool were unable to prevent a third defeat of the season as Arsenal climbed to ninth after their first victory over Jurgen Klopp's side in five years.

Man of the Match: Alexandre Lacazette

A near full-strength Liverpool were dominant from the outset and were nearly gifted the opening goal on 13 minutes when Roberto Firmino charged down goalkeeper Emiliano Martinez's lethargic clearance, sending the ball cannoning off the base of the post.

It was only a matter of time before the champions converted their dominance, as Mane rounded off a flowing attack with a simple finish from Andrew Robertson's pin-point cross on 20 minutes.

It looked to be business as usual for Liverpool as they stifled Arsenal, but then two pillars of their Premier League title-winning season conspired to gift the Gunners the lead out of nowhere.

The usually flawless Van Dijk succumbed to Nelson's high press, relinquishing possession to Lacazette, who rounded Alisson and stroked the equaliser into the empty net.

It was Van Dijk's first error that led to a goal in the Premier League since March 2019, and things soon took a turn for the worse for the champions as goalkeeper Alisson's loose pass was intercepted by Lacazette, who squared to Nelson to rifle his first league goal for the Gunners.

Liverpool re-emerged from the break on top and determined to right the wrongs on the first period, and nearly drew level on 54 minutes when Mohamed Salah drew a fingertip save from Martinez.

2016 - Liverpool have gone in behind at half-time despite scoring the opening goal for the first time since December 2016 vs West Ham; that game was also the last time they made two errors leading directly to a goal in the opening half. Shaken. pic.twitter.com/k2ig5mZMUX

The introduction of Takumi Minamino energised the Liverpool attack but he shanked a shot wide before Salah planted a header straight into the arms of Martinez, as desperation crept in as the seconds ebbed away.

Substitute Ainsley Maitland-Niles did just enough to put Mane off from hauling Liverpool level as he fired wide at the near post with two minutes remaining, moments before Joe Willock missed the chance to seal the Arsenal victory with a wild sliced shot from Pierre-Emerick Aubameyang's centre.

The final throw of the Liverpool dice saw Trent Alexander-Arnold's deflected drive draw a stunning save from Martinez at full stretch in the fifth minute of stoppage time, but the Gunners stood firm to warm up for Saturday's FA Cup semi-final with Manchester City in style.

Van Dijk: I take the blame

1 - Arsenal's equaliser came following Virgil van Dijk's first error leading to a goal in the Premier League since March 2019 (v Fulham), while it was also the Gunners' first shot of the game. Gift. pic.twitter.com/N6IlV0hgJL

Liverpool defender Virgil van Dijk told Sky Sports: "We gave them goals as a present. We dominated and put pressure on them but gave them two goals and obviously then it's difficult to come back. If you give goals away like we did today, including myself, you get what you deserve.

"The goals shouldn't happen, but until then nothing was wrong. We pressed them and scored a fantastic goal. A moment of concentration [cost us] and that was unfortunately something we had to deal with twice. It's so easy to blame us having won the title.

"I had a feeling we could win here comfortably, but if you give them goals you see what happens. I made a mistake, I take the blame for it, I take it as a man, and we move on."

Opta stats: Gunners finally get one over Klopp 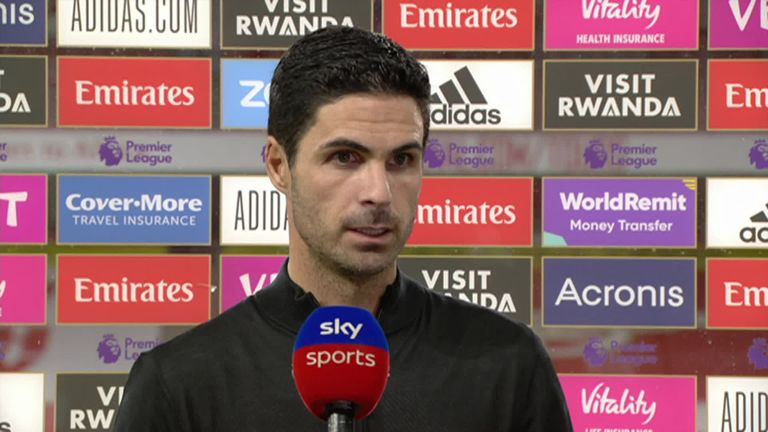 Arsenal's Mikel Arteta says the belief of his players pleased him the most in the win over Liverpool at the Emirates.

Arsenal head coach Mikel Arteta: ""In terms of energy and happiness before a semi-final, it was the best medicine. We had a bit of luck, but the belief was good. Before, going behind, I think we could have gone down, but we reacted.

"We need to build and improve the squad; it is not magic. You need a bigger squad to compete in this competition and that is going to be the challenge." 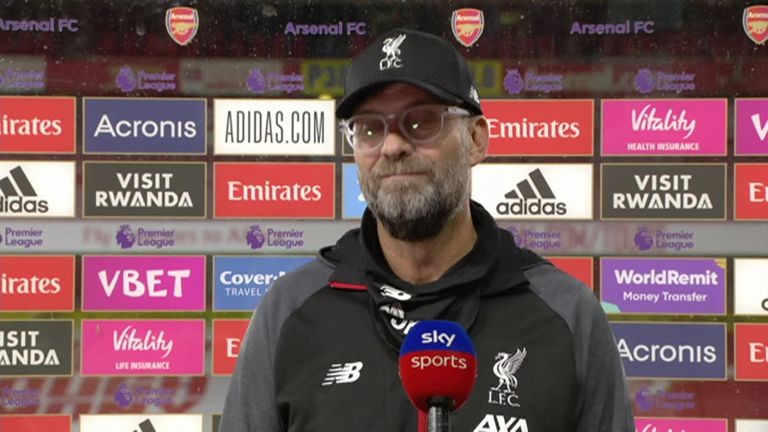 Liverpool's Jurgen Klopp says Liverpool can't win games in the Premier League if they make two major mistakes as they did against Arsenal.

Liverpool manager Jurgen Klopp: "We took a break at 1-0. Twice a massive lack of concentration and these two moments killed the game for us. Arsenal had no real chances, but you cannot win football games when you concede goals like this.

"We took a break, that's clear, lost concentration, it's the Premier League and you cannot do that. Virgil van Dijk lost the ball, but I didn't see a lot of offers. Nobody wanted the ball. It makes no sense.

Man of the Match - Alexandre Lacazette

The Gunners captain for the night produced a crucial performance as an opportunistic goal and assist saw teh Frenchman's direct goal involvement against Liverpool increase to four goals in three Premier League appearances against Liverpool at the Emirates Stadium (two goals and two assists).

Arsenal take on Manchester City in the FA Cup semi-finals on Saturday at 7.45pm, travel to Aston Villa on July 21 at 8.15pm and complete their Premier League season at home to Watford at 4pm on July 26.

Liverpool host Chelsea at 8.15pm on Wednesday, with the game and post-match trophy lift free-to-air on Sky Sports, before completing their title-winning season with a final-day assignment at Newcastle at 4pm on July 26.