Report and highlights as Bournemouth move to within three points of safety; Spurs up to ninth, one point behind Arsenal ahead of Sunday's north London derby 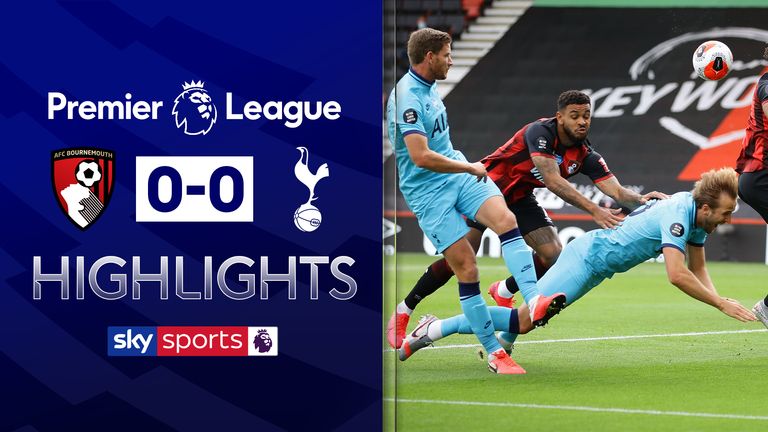 FREE TO WATCH: Highlights of Bournemouth's draw against Tottenham in the Premier League.

Bournemouth's hopes of avoiding relegation remain in the balance after Callum Wilson's last-gasp strike was ruled out by VAR for handball in their 0-0 draw with Tottenham.

The point sees Eddie Howe's side move to within three points of safety, but it could have been so much better had Wilson's overhead kick not struck the hand of Joshua King on its way into the net in the final minute of normal time.

It was a huge let-off for Tottenham, who thought they should have had an early penalty when Harry Kane was barged over in the penalty area by King in the fourth minute. Referee Paul Tierney waved away the appeals before VAR stuck with the on-field decision, much to the dismay of Jose Mourinho.

After a lengthy delay because of a serious injury to Adam Smith, Bournemouth had one final chance to win the game in stoppage time, but substitute Harry Wilson could not beat Hugo Lloris as the game remained goalless.

The draw was not the result either side was really looking for as the battle to beat the drop and the race for European football goes down to the wire. Spurs move up to ninth, one point behind Arsenal ahead of the north London derby on Sunday, which is live on Sky Sports (kick-off 4.30pm).

Meanwhile, Bournemouth are up to 18th, three points behind Watford and West Ham with four games remaining.

How the drama unfolded at the Vitality Stadium

Tottenham thought they should have been awarded a penalty as early as the fourth minute when King barged into Kane inside the penalty area when trying to defend a corner.

However, after seeing Lucas Moura's goal ruled out by VAR official Michael Oliver in last week's loss at Sheffield United, there are sure to be yet more Spurs complaints as referee Tierney waved away the appeals before VAR Oliver stuck with the on-field decision after a brief check.

The early scare seemed to jolt Bournemouth into life and they almost took the lead when Sergio Rico's free-kick picked Jefferson Lerma out in acres of space at the far post. The midfielder headed the ball back across goal, but Kane was back for the visitors to head the ball clear with Nathan Ake poised to pounce.

The hosts continued to attack with intent and a swift counter-attack ended with David Brooks' left-footed strike flying high and wide of the target after taking a deflection.

Man of the match: Nathan Ake

Spurs mustered just one shot and it failed to test Aaron Ramsdale as Erik Lamela's curled effort drifted wide of the far post before Lloris was called into action to keep out Junior Stanislas' goal-bound effort on the stroke of half-time.

The lacklustre display from the visitors forced Mourinho into two changes at half-time, with Tanguy Ndombele coming on for just the second time since the restart, along with Heung-Min Son.

The game was then forced into lengthy stoppage early in the second half as Smith was knocked out after an aerial challenge with Ben Davies. He needed eight minutes of treatment and left the field on a stretcher with an oxygen mask on.

Spurs' changes made them more of a threat once the game was back underway, but they still struggled to create anything of note as Lamela's glanced header from Serge Aurier's cross drifted wide.

As the game looked to be drifting to a close, VAR did come to Spurs' rescue in the 90th minute. Callum Wilson's overhead kick found the bottom corner, but it hit King's hand on the way in and VAR Oliver ruled it out.

Lloris was the next person to rescue for Spurs as the France goalkeeper raced out to block Harry Wilson's effort in the fifth minute of stoppage time to seal his side a share of the spoils.

In pictures: Should Spurs have had a penalty?

'Everyone knows it was a penalty'

Jose Mourinho's unhappiness with Michael Oliver continued after the VAR official opted not to give his Tottenham side a penalty in the 0-0 draw with Bournemouth.

Mourinho said "everyone in the world" knew it was a penalty except the man who will also referee Tottenham's next game with Arsenal on Sunday.

"The game had the most important moment - you know when, you know who - and I don't want to say anything more in relation to that because everyone knows and I don't need to say much more. Everybody knows," Mourinho said on Sky Sports.

"I am not saying that Harry Kane scores 100 per cent of his penalties, but it is very very high. Normally at minute five we would be winning 1-0 against a team in trouble, I think the game would be completely different.

"Like Sheffield, the man of the match was not one of the players. But at Sheffield I could blame myself and the players, today I could not do that."

'Anywhere else on the pitch it's a foul' 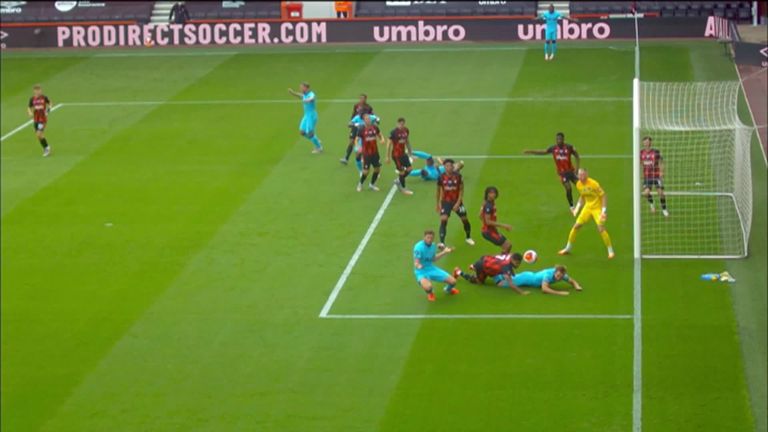 "Anywhere else on the pitch it's a foul.

"If you look, King's caught wrong side. It's a typical striker not concentrating properly and if you look at Kane it's a lovely bit of movement. It's dropping onto his head. It's not even as if he has to reach it.

"I can see why Mourinho's disappointed. There are certain decisions, when you've played the game, you don't need to look at 20 times. To me, there's no doubt, it's a penalty.

"I'm amazed by the decision."

Bournemouth boss Eddie Howe: "I think it is a point gained, with the run we have been on coming into this
game, I think it is a good point. When that goes in at the end you think we might have won it, there were moments there for us.

"Our players have given everything in that match. And that is going to be what we need if we are going to stay up. Our hat is still in the ring, we are still in there and we won't quit until the end. We are so unlucky not to come away with three points." 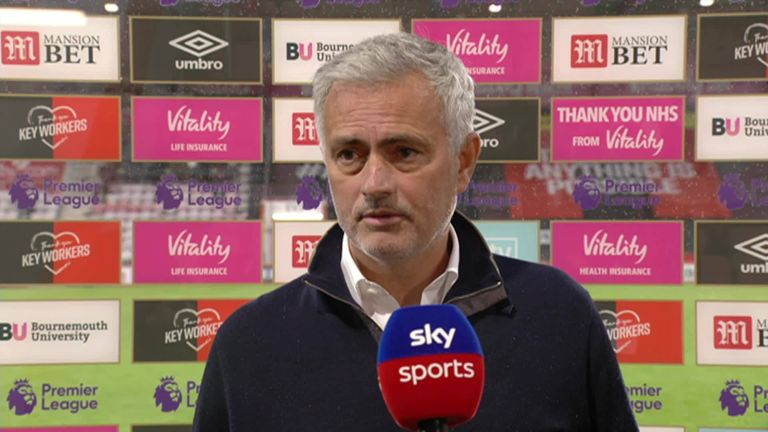 "In a way they surprised us with the way they played, since Bournemouth were in the Premier League I don't remember them playing the way they did, but that is an option for them because they have a point they wanted. But I think we were not sharp, we were dominant behind, it was an easy game behind but then lack of sharpness in attacking areas. 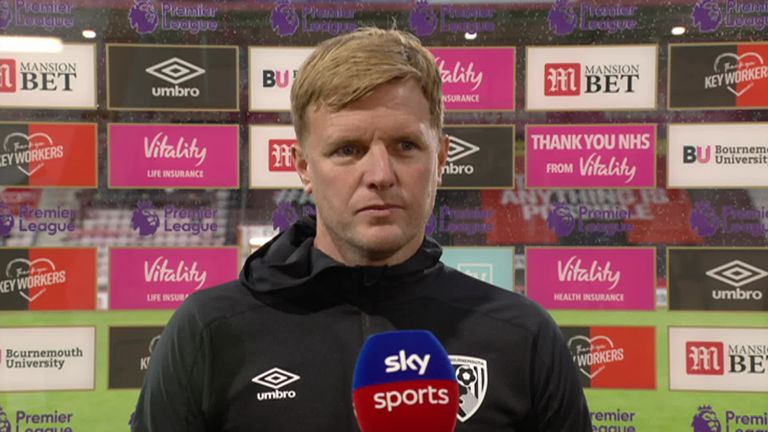 Man of the Match - Nathan Ake

The Dutchman didn't put a foot wrong at the heart of the Bournemouth defence.

He helped his side restrict Spurs to just one shot, which was off target, and he was calm in possession of the ball.

Howe's side's hopes of beating the drop will improve significantly if he can replicate that form for the final four games of the season.