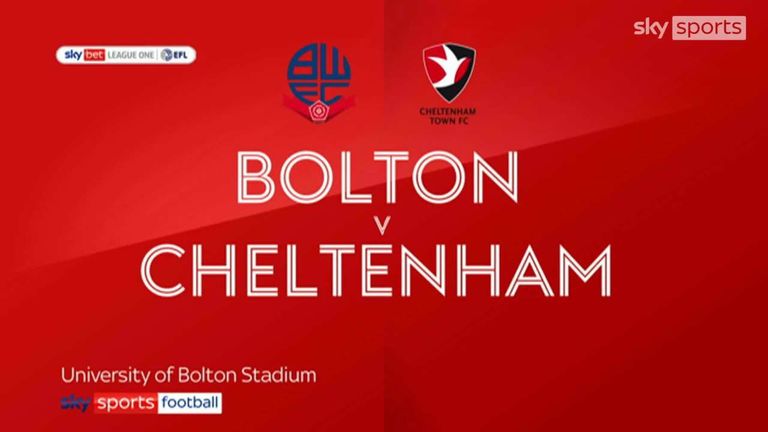 Highlights of the Sky Bet League One match between Bolton and Cheltenham.

The German striker struck in the 58th minute, cutting inside and curling a shot beyond the despairing dive of Robins goalkeeper Scott Flinders.

Bolton were forced to come from behind twice against the team which started the day one place above them in the table.

The lively Alfie May scored both Cheltenham goals, his first in the 14th minute as he latched onto a pass from Dan Crowley.

Bolton drew level in the 26th minute through Xavier Amaechi, who marked an impressive first start with a goal - stabbing the ball in from close range after the Cheltenham defence failed to clear Kieran Lee's cross.

The Robins regained the lead in the fourth minute of time added on at the end of the first half. Once again it was May, producing a cool finish after Ellis Chapman's through ball.

Bolton dominated the closing stages as they went in search of a winner but Cheltenham came closest to scoring when Kyle Joseph's audacious effort was cleared for a corner.