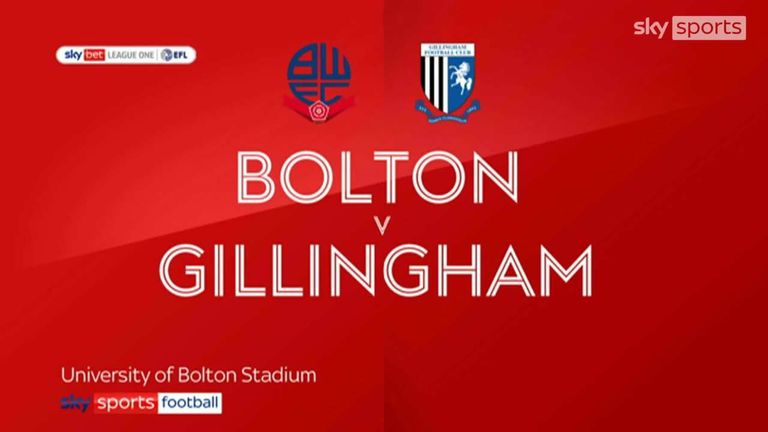 Highlights of the Sky Bet League One match between Bolton Wanderers and Gillingham.

Dapo Afolayan and Kieran Lee scored late on to earn Bolton a dramatic 2-2 Sky Bet League One draw with Gillingham.

Steve Evans' side were three minutes away from a first-ever win at the University of Bolton Stadium after goals from John Akinde and Kyle Dempsey.

But facing a fourth-successive defeat - and third in eight days - Ian Evatt's side produced a stirring comeback to deny the Gills their first win at Bolton for 35 years.

Top scorer Afolayan cracked in his eighth goal of the season after 87 minutes and midfielder Lee prodded in a stoppage-time equaliser.

After heavy defeats to Wigan and Plymouth, plus the shock loss of skipper Antoni Sarcevic to non-league Stockport, it was a badly-needed point for under-fire Evatt.

However, Gillingham only had themselves to blame. Akinde opened the scoring from Danny Lloyd's cross to claim his first goal since last February after 11 minutes.

The visitors doubled their advantage three minutes later as captain Dempsey rifled the ball in from 15 yards.

Jack Tucker headed against the crossbar while Joel Dixon produced a double save to deny Vadaine Oliver, while the striker also missed another one-on-one with the goalkeeper.

Bolton rallied in the last 20 minutes and missed chances of their own before Afolayan and Lee struck back to rescue a point.