Match report as Brentford thrash Oldham 7-0 to reach the Carabao Cup last 16; Marcus Forss was on target four times for the Bees, while Yoane Wissa also scored twice including an acrobatic overhead kick 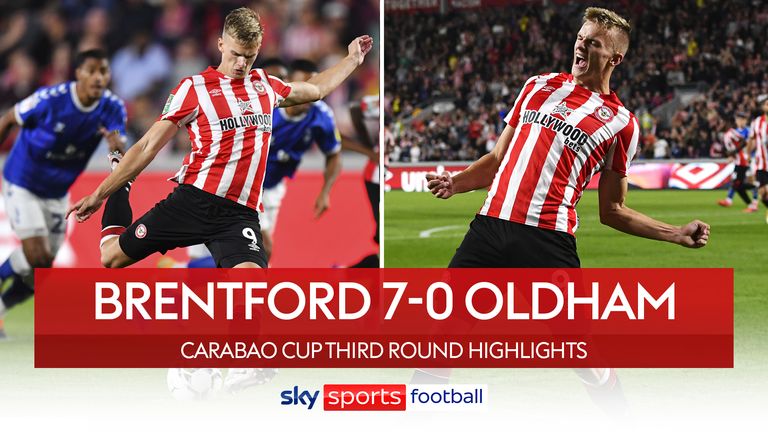 The 22-year-old from Finland filled his boots against the hapless Latics, who lie rock-bottom of the English Football League and played like it.

Yoane Wissa also found the net twice, including a spectacular seventh, on a comfortable night for the Bees.

These two sides were regular opponents in the third tier around the turn of the century but this fixture was a stark illustration of how their fortunes have differed since then.

Brentford, currently adapting well to life in the top-flight and semi-finalists in this competition last season, were able to make 11 changes whereas Oldham, one of the founder members of the Premier League in 1992 but now propping up League Two, could name only four substitutes. 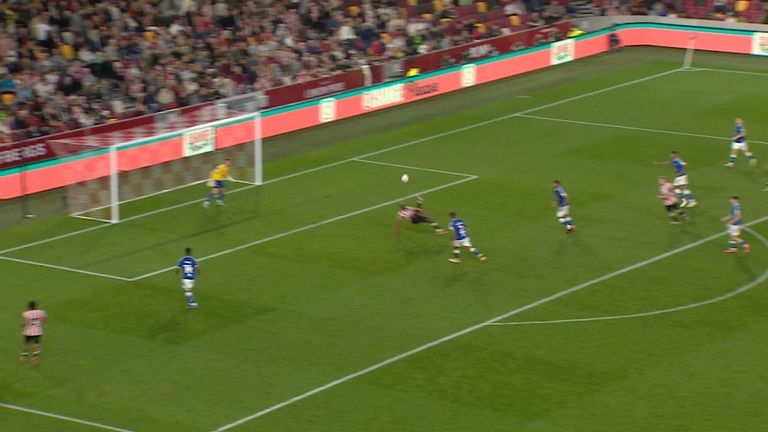 Brentford's Yoane Wissa wrapped up a convincing 7-0 victory over Oldham in the Carabao Cup with a marvellous bicycle kick.

A tough task for the visitors got instantly tougher when they gave away a penalty with less than two minutes on the clock.

Carl Piergianni tripped Wissa in the area and Forss stepped up to tuck away the spot-kick.

Forss, leading the line with regular strike duo Ivan Toney and Bryan Mbeumo on the bench, doubled Brentford's lead after a quarter of an hour, tucking in the rebound after Wissa's curling shot came back off the far post.

Wissa went close with a flick that grazed the crossbar but he got on the scoresheet with a neat finish after a fine through-ball from Mathias Jensen.

It was hard not to feel sorry for Oldham when defender Raphael Diarra turned a cut-back by Saman Ghoddos into his own net, and Forss completed his hat-trick moments later to make it five before half-time.

Oldham's 599 travelling fans were ironically cheering when they had a shot on target, but they almost had an actual goal to celebrate when substitute Benny Couto spotted goalkeeper Alvaro Fernandez off his line only for his shot to float over the crossbar.

Forss took his personal tally to four, and Brentford's to six, on the hour when he tucked away a cross from Mads Roerslev and Wissa scored the goal of the night with an acrobatic overhead kick to complete the rout.

"I'm really pleased with the performance and the attitude was bang on from the first second, and not only because we scored after three minutes.

"We kept going throughout the game, throughout the 90 minutes, which says a lot about the mentality of these players, and then we scored some fantastic goals.

"Marcus [Forss] is doing all he can every day in training, and he's a really good player. He scored four really good goals. I guess that needs to be a 10 out of 10."