Burnley 1-3 Liverpool: Reds come from behind at battling Burnley 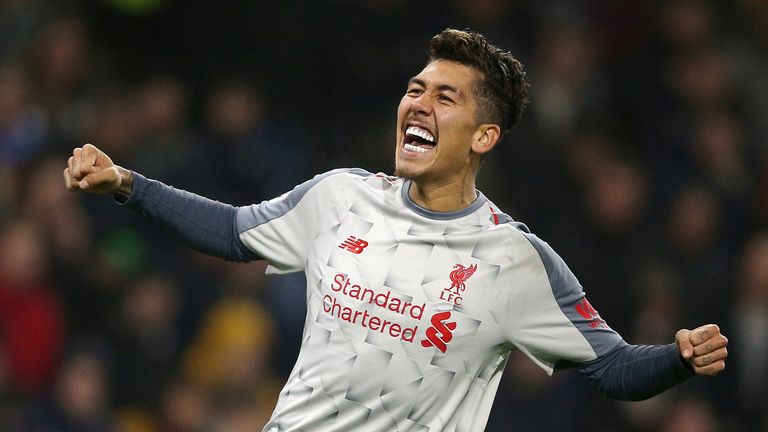 Liverpool came from behind to beat Burnley 3-1 at Turf Moor, reducing the gap on leaders Manchester City to two points.

Jack Cork poked Burnley into the lead on 54 minutes but it lasted just a quarter of an hour as James Milner equalised before substitute Roberto Firmino fired Liverpool ahead with his first touch.

Xherdan Shaqiri's third goal of the season wrapped up the points in stoppage time as Liverpool maintained their unbeaten start to the season to remain on the coattails of the champions.

Burnley remain in the bottom three after a 10th defeat of the season on Sean Dyche's 300th game in management.

Man of the Match: James Milner

Dyche demanded a response from his Burnley players after Saturday's abject defeat at Crystal Palace and that was exactly what he got as the Clarets took advantage of Liverpool's seven pre-match changes, and the loss of Joe Gomez to injury on 23 minutes.

Burnley thought they had capped a positive first-half display with a goal on 41 minutes as Barnes' first-time volley from a Robbie Brady free-kick flashed past Alisson into the back of the net, but the effort was correctly ruled out for offside.

Joe Hart saved from Daniel Sturridge early in the second half before expertly tipping a Naby Keita piledriver onto the post on 52 minutes.

Those saves laid the foundation for Burnley to take the lead as Cork poked the loose ball home from close range after Wood and Ashley Barnes colluded to make Alisson lose control of a Ben Mee knockdown from a corner.

But the lead last just eight minutes as Merseyside derby hero Divock Origi offloaded the ball to Milner on the edge of the area, and the midfielder drove a crisp effort through bodies into the bottom right-hand corner.

Jurgen Klopp introduced Mohamed Salah and Firmino soon after and the latter had an immediate impact, finishing from close range with his first touch after Van Dijk brilliantly hooked a Trent Alexander-Arnold free-kick across the face of goal.

Keita had a deft back-heel cleared off the line by Bardsley on 82 minutes as Liverpool pushed for a third, while Alisson brilliantly tipped a looping Mee header onto the crossbar in the final minute.

But Alisson's fast thinking immediately after that save released Salah, who in turn played Shaqiri through on goal, and the Swiss rounded off a fine outing for the Reds with their third.

Sean Dyche is confident Burnley can recover from their recent troubles if they replicate their spirited performance against Liverpool at Turf Moor.

Sean Dyche: "That was a lot more like it. We didn't get the result and I'm not naïve enough to know that this is a results industry. But you've got to show a performance level to get results and that was there tonight. Over a season if we keep delivering that level of performance we will get our reward." 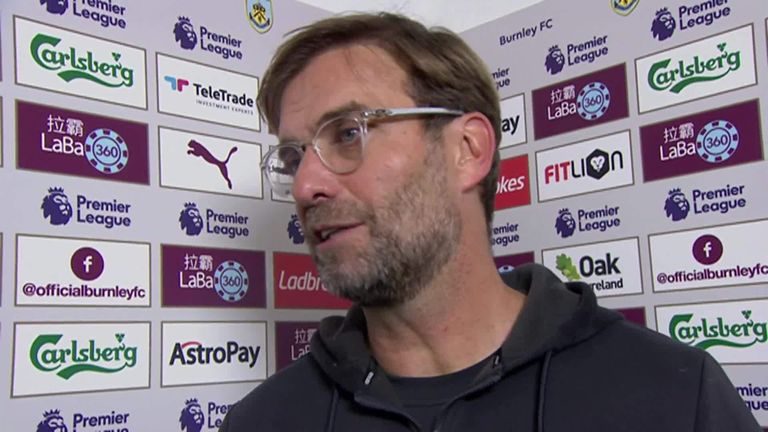 Jurgen Klopp hailed his much-changed Liverpool side for their response after they went a goal down against Burnley, with the Reds picking up a 3-1 win.

Jurgen Klopp: "Burnley had a specific plan, to be really aggressive in their challenges and stuff like that, so each ball they won helped them and obviously didn't help us mood-wise. So I was really happy we could just adjust a few tactical things [at half-time]. Reacting like we reacted at a tough place like Turf Moor and Burnley, that's special. It's really good."

Man of the Match - James Milner

Liverpool were in a spot of bother at Turf Moor until 'Mr Reliable' popped up in midfield to spark a great comeback. At first glance, Milner's equaliser looked simple, but on closer inspection the technique to find the bottom corner with minimal backlift was a sight to behold. He's been the victim of rotation in recent weeks but Milner's contribution at the heart of this Liverpool team, especially when the going got tough, may have just given his manager a selection head ache.