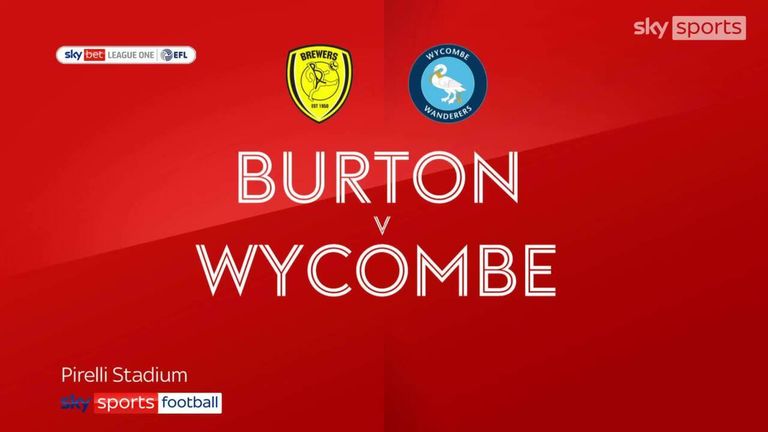 Highlights of the Sky Bet League One game between Burton and Wycombe.

Wycombe sealed their place in the Sky Bet League One play-offs with a 2-1 final-day win at Burton as goals from Sam Vokes and Jordan Obita saw them over the line.

The Chairboys were sitting pretty in a top-six spot from early on with results elsewhere going their way, with closest rivals Plymouth losing at home to MK Dons meaning that just a point would suffice.

Vokes' 16th goal of the season set the visitors on the way to three points and although Albion equalised through Gassan Ahadme, Obita's close-range finish capped things off for Wycombe.

Vokes had already tested Matej Kovar at his near post from a low centre in the early stages but finally found the breakthrough two minutes before half-time.

The big Welsh striker got up well to glance home Joe Jacobson's corner and further strengthen Wanderers' grip on a play-off spot.

Gareth Ainsworth's side looked in control in the second half but they were pegged back on 72 minutes when substitute Ahadme scored from close range just three minutes after coming on as a substitute.

Obita was then in the right place with five minutes to go, prodding home after substitute David Wheeler robbed Joe Powell inside his own box.