Cameroon vs Comoros. Africa Cup of Nations Round of 16.

Report and free match highlights from the Africa Cup of Nations round-of-16 clash between Cameroon and Comoros; hosts reach last eight thanks to goals from Karl Toko Ekambi and Vincent Aboubakar; but game overshadowed by news of at least eight deaths in a crush outside the Olembe Stadium 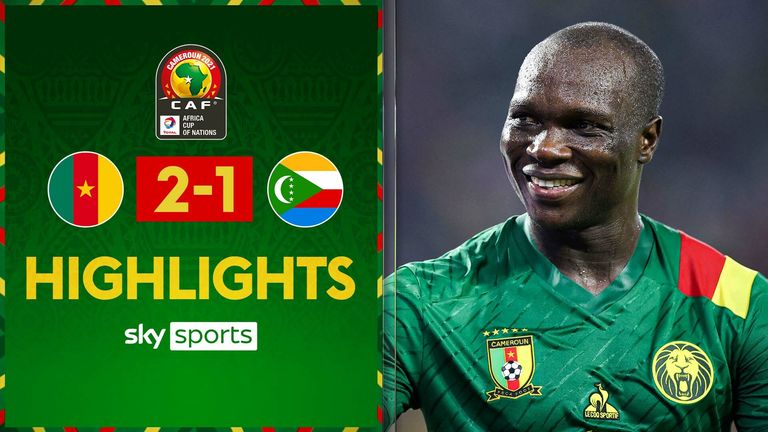 Africa Cup of Nations hosts Cameroon reached the quarter-finals after a 2-1 win over Comoros, but the result was soon overshadowed by news of fatalities in a crush outside the stadium.

At least eight people were confirmed dead in the aftermath of the match, and Naseri Paul Biya, governor of the central region of Cameroon, said there could be more casualties. 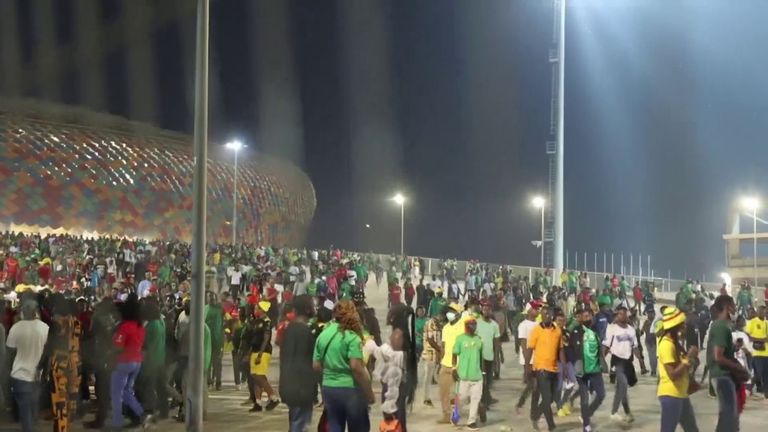 At least eight people have died in a crush outside the Olember Stadium hosting the Cameroon vs Comoros match (warning: contains images viewers may find distressing)

Comoros had earlier started the game with a left-back in goal and played with 10 men for over 80 minutes, but were only narrowly beaten.

The tournament debutants were forced to select Chaker Alhadhur, of French Ligue 2 side AC Ajaccio, as their goalkeeper after Ali Ahamada was ruled out due to Covid rules despite testing negative for the virus on Monday morning. 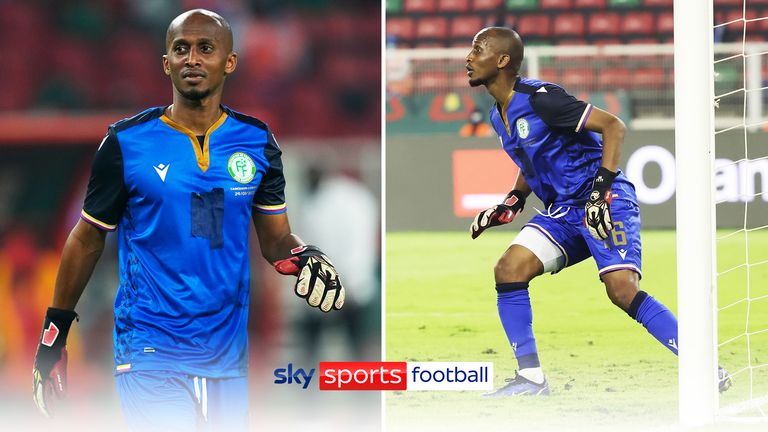 Due to changes in coronavirus restrictions and injuries, Comoros had to call upon left-back Chaker Alhadhur to play in goal - watch to find out how he got on

Ahamada was one of several players and staff hit by a Covid outbreak, but Comoros were still able push five-time winners Cameroon close and emerge with huge credit from their debut campaign.

But if Comoros' task was not hard enough before the game, it was made even tougher within the first 10 minutes when captain Nadjim Abdou, the former Millwall and AFC Wimbledon midfielder, was sent off following a VAR review for raking his studs down the leg of Cameroon's Moumi Ngamaleu.

Yet despite their advantages, Cameroon took nearly 30 minutes to register their first shot on target - fortunately for them, it was also the first goal, as Lyon's Karl Toko Ekambi's calm finish gave Alhadhur no chance.

Comoros refused to wilt, but the game seemed to be put to bed when Vincent Aboubakar - the tournament's top scorer - netted his sixth goal in just four games to make it 2-0.

The Al Nassr striker's goal made him the first player in 24 years to score more than five goals in a single AFCON tournament.

But the game was thrown back into the balance in the 81st minute thanks to one of the goals of the tournament.

Youssouf M'Changama, of French second-tier side Guingamp, lined up a free-kick from 30 yards out and whipped it into the top-left corner to give Comoros - 82 places below Cameroon in the FIFA world rankings - belief that a quarter-final place was still possible.

But Cameroon were able to see out the final minutes to secure their place in the last eight, while Comoros will be able to look back on an eventful first AFCON appearance with pride.

After the game, the Confederation of African Football (CAF) stated it was investigating the crush outside the stadium that caused the fatalities.

"CAF is aware of the incident that took place at Olembe Stadium during the Africa Cup of Nations fixture between hosts Cameroon and Comoros tonight," it said.

"CAF is currently investigating the situation and trying to get more details on what transpired. We are in constant communication with Cameroon government and the local organising committee.

While Comoros depart the tournament, hosts Cameroon will continue their quest for a sixth AFCON title against Gambia in Douala on Saturday, live on Sky Sports.