Celtic vs Rangers: Can Steven Gerrard’s side end tumultuous decade with Parkhead victory?

Watch Celtic vs Rangers in the Scottish Premiership live on Sky Sports Football on Sunday; kick-off is at 12.30pm

Rangers travel to Celtic in the Old Firm derby on Sunday looking for a first Parkhead win since 2010. Sky Sports News reporter Charles Paterson analyses who will strike a winter blow in the title race.

New Year is always a special time in Scottish football. It is a chance to pause for reflection and look forward to a well-earned break - but not before a catch-up with the neighbours.

On Monday the Scottish Premiership heads into cold storage for three weeks. Celtic and Rangers are bound for warm weather training camps in Dubai but before then they meet one last time in 2019 at Celtic Park on Sunday, with the hosts looking to open an eight-point lead at the top and land a massive psychological blow in the title race. 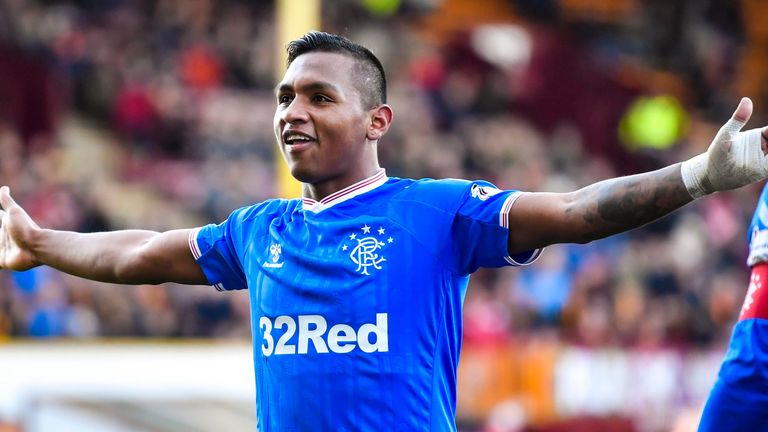 It is not just a new year on the horizon - Rangers supporters will gladly wave goodbye to the decade ending next Tuesday. The club's financial meltdown nearly seven years ago led to years in the wilderness and, as they floundered in the lower divisions, Celtic racked up the silverware.

In this decade Rangers have won just once at Celtic Park - in October 2010, when Kenny Miller scored twice in a 3-1 victory. That season Walter Smith's side went on to win the league championship on the final day; Rangers have not won a major trophy since.

Their best chance to end that barren run was just a few weeks ago at Hampden Park, but despite dominating the League Cup final Rangers could not find a goal and 10-man Celtic took home the glory.

It was a thoroughly dispiriting day for the men in blue, in particular Alfredo Morelos, who passed up numerous chances, including missing a penalty. Fraser Forster was outstanding in goal for Celtic but the Colombian's profligacy was extraordinarily uncharacteristic.

Morelos has been sensational for Rangers since his arrival two-and-a-half years ago. With 28 goals in just 34 games this term he is already on the verge of surpassing last season's total of 30. It is a massive return on the minimal outlay to bring him from Finland in 2017, yet in 10 games against Celtic across three seasons he has never scored.

Morelos is in the form of his life. There is an argument - which Steven Gerrard dismissed last season, but which is rearing its head once more - that Rangers are overly reliant on him. Jermain Defoe has scored 11 league goals this season but the pair rarely play together; the next highest scorer in the squad is Joe Aribo, with six.

Rangers have lost just one domestic game under Gerrard when Morelos has scored - against Kilmarnock on the final day of last season. Sunday represents his latest opportunity to break his Old Firm duck; if he doesn't, his side's chance of victory significantly diminishes. If he does, Rangers may finally lay to rest their Celtic Park hoodoo.

This season the home of the champions has been an ominous venue for any visiting side. Celtic's record in their own stadium is outstanding - only one defeat, in a Champions League qualifier to Cluj with a last-minute winner - with 18 victories in all competitions, scoring 59 goals and conceding just 12, four of those to Cluj.

"Relentless" is a word Neil Lennon has repeatedly used to describe Celtic's drive for results. Eleven successive league wins since mid-October display an unmatched hunger and steely mentality during a punishing fixture list. Perhaps the most impressive achievement has been to top their Europa League group but their domestic dominance remains absolute.

As talismanic as Morelos is for Rangers, so too is Odsonne Edouard for Celtic. His presence as an attacking focal point was sorely missed in the first hour of the League Cup final; once on the pitch, Celtic got a grip on the game as Rangers' threat diminished.

Unlike Morelos, Edouard has consistently delivered in the heat of Old Firm battle, scoring five times in the fixture including the opening goal at Ibrox in September.

The Frenchman is not a pure goalscorer like the Colombian but offers something Morelos does not: the ability to influence the players around him. When he is on song, James Forrest, Ryan Christie and Callum McGregor thrive around Edouard's link-up play; Celtic's Scottish triumvirate have scored 35 goals between them this season.

The striker who prospers on Sunday may well decide the game but Celtic, five points clear, begin the afternoon with the stronger hand. Rangers dare not let the gap stretch any further despite their game in lieu, but the psychological advantage to be gained from a victory before the league pauses is not necessarily clear-cut.

A year ago Rangers won this fixture at Ibrox to send the teams into the winter break level on points. They then lost at Kilmarnock upon the league's resumption and drew at home to St Johnstone a few weeks later, while Celtic won eight successive league games to create an insurmountable cushion. 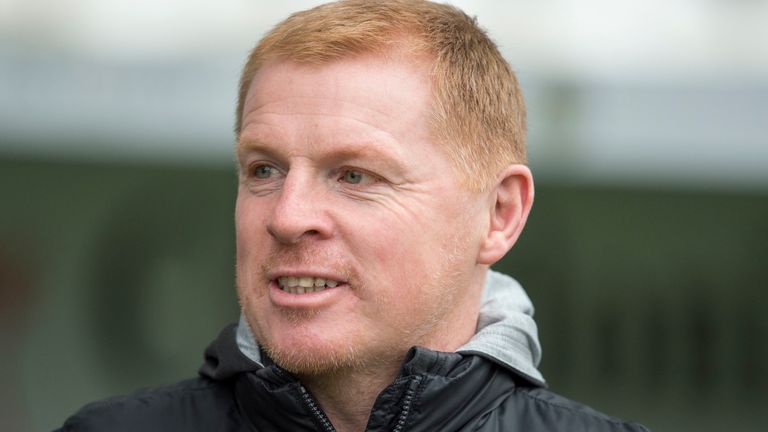 Celtic manager Neil Lennon says his side are for Sunday's 'huge' Old Firm derby against Rangers, despite closing out a 'heavy month' of action

Rangers have proven in 2019 they are closer to Celtic, and at times capable of outplaying them, but their only Old Firm win this year came in a largely meaningless match in May. Once again it is Gerrard's team who have the bigger questions to answer on Sunday.

Celtic, time and again, have proved to possess a mentality for the big occasion. As they chase nine-in-a-row and a possible quadruple-treble, Lennon will be sure to prime his squad for one last push before the bells toll for 2020.

It promises to be a fascinating encounter. 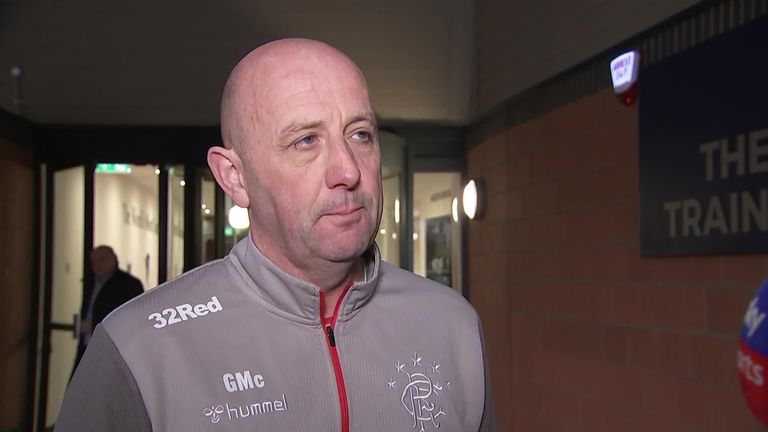 Rangers assistant manager Gary McAllister insists his side will take inspiration from their performance in the Scottish League Cup final defeat to Celtic, ahead of Sunday's Old Firm derby

Jonny Hayes returns to the Celtic squad for the Premiership clash with Rangers at Parkhead on Sunday. The left-back has recovered from a shoulder injury and is back in contention.

Rangers will be at almost full strength for Sunday's Old Firm clash at Celtic Park.

Midfielder Steven Davis made his return from a foot injury against Kilmarnock as a late substitute while Jordan Jones was back on the bench after recovering from the knee injury he sustained against Celtic back in September. Only defender Filip Helander (foot) remains out for Steven Gerrard's team.

Watch the game on Sky Sports Football and Main Event from midday (kick-off 12.30pm), or follow the action with our dedicated live blog. 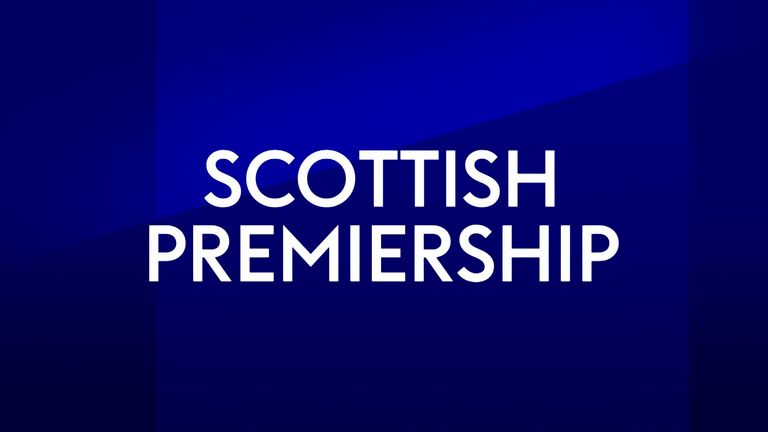 Highlights of the Boxing Day action, including Celtic's 2-1 win at St Mirren and Rangers' 1-0 victory over Kilmarnock