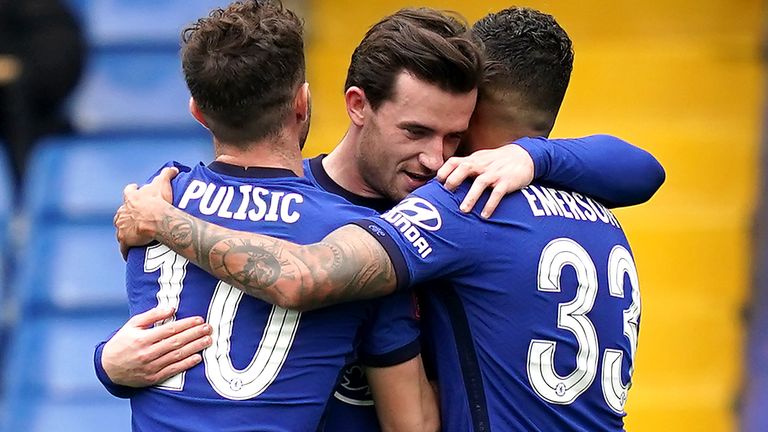 The Blues looked set to stroll through to a last-four spot at Wembley when Oliver Norwood's first-half own goal handed them the lead at the interval, but a thrilling Sheffield United rally pushed Thomas Tuchel's side right to the wire.

The Blades came alive in the second half and should have forced extra-time, but David McGoldrick squandered a gilt-edged header from six yards, before substitute Rhian Brewster lashed into the side-netting in stoppage-time.

Hakim Ziyech then made sure of the Chelsea victory - their 10th from 14 games under Tuchel - with their second goal with virtually the last kick of the game as the Blues joined Manchester City and Southampton in the last four.

Man of the Match: Ben Chilwell

How Chelsea saw off spirited Blades to reach Wembley 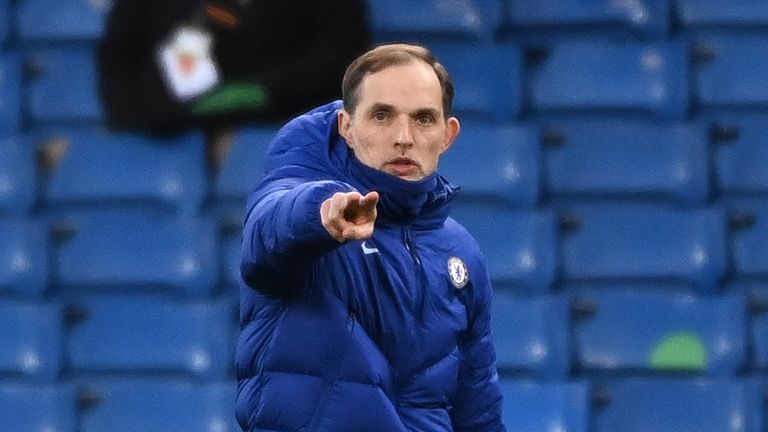 Despite Tuchel making wholesale changes following the midweek Champions League victory over Atletico Madrid, Chelsea maintained their attacking fluency and dominance of the ball but found chances hard to come by against a battling Blades outfit.

McGoldrick registered the first attempt on target in the opening minute before Phil Jagielka looped a header into the arms of Kepa Arrizabalaga as Sheffield United started positively in response to last week's 5-0 drubbing at Leicester.

It took Chelsea until midway through the first half to finally unlock the Blades' defence, and they were given a helping hand as Norwood dangled out a leg and turned Ben Chilwell's driven cross-shot into his own net.

Norwood very nearly gifted Chelsea a second three minutes before the interval when his wayward pass was intercepted by Christian Pulisic, but the forward was thwarted by on-rushing Blades goalkeeper Aaron Ramsdale.

The half ended just as it had begun, with McGoldrick forcing Kepa into action with another long-range strike, but the Spaniard ensured Chelsea reached the interval with their lead intact.

Pulisic wasted another glorious opening after great footwork had seen him slip between two defenders and through on goal, but another tame effort was thwarted by Ramsdale.

3 - Among Premier League sides, only Arsenal (4) have scored more own goals in all competitions this season than Sheffield United (3), though Arsenal have played 10 games more than the Blades. Sabotage. pic.twitter.com/YNKFaVMAdr

The Blades were passive for the first hour but sharpened in a pulsating final 30 minutes as Chelsea's intensity dipped.

The chances came thick and fast, the best of which fell for McGoldrick, but he somehow headed wide with the goal at his mercy, before Oliver McBurnie stung the palms of Kepa.

Brewster's deflected effort lashed into the side-netting in the first minute of stoppage time but Chelsea stood firm before Ziyech sealed their place at Wembley. 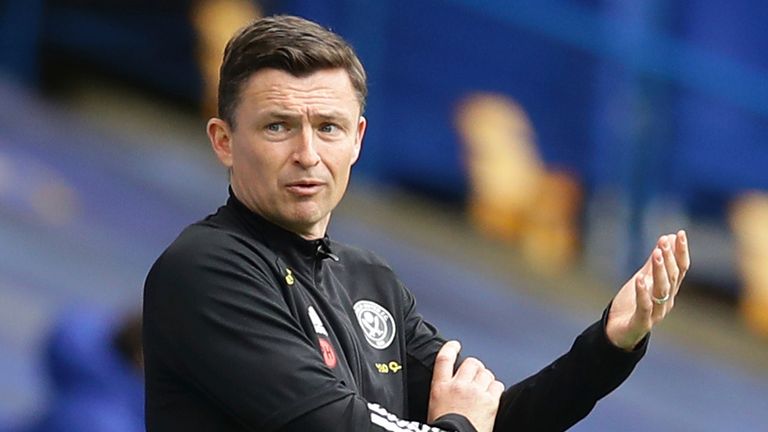 Chelsea head coach Thomas Tuchel: "We had two chances [for Pulisic] which we didn't take, then we lost control, concentration, a bit of momentum and there were many minutes we had to suffer. They had two big chances and we were lucky to escape with a clean sheet.
"But there are a lot of circumstances to explain it, and it's OK. After 14 matches the target was to go to the quarter-finals [of the Champions League] and to Wembley, and the team have achieved both of targets so big compliments to them and well done."

Sheffield United interim manager Paul Heckingbottom: "It was a tough defeat to take. It was bittersweet, we've just been knocked out of the FA Cup, but I felt the game was there for us and we missed an opportunity.

"That wasn't down to a lack of effort or quality, and I don't think anyone could have begrudged us forcing extra time or if we'd won 2-1. We want to take the positives rather than the negatives; we know why we didn't get through and that was because we didn't take our chances."

Chelsea host Fulham in the Premier League at 12.30pm and Sheffield United travel to Leeds at 3pm on April 3.