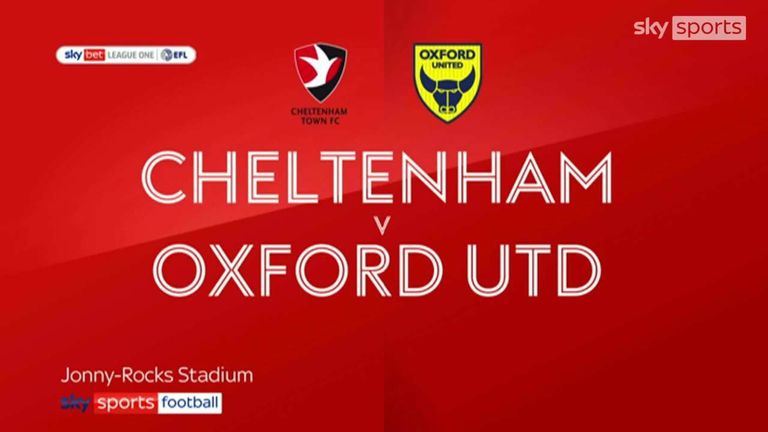 Highlights of the Sky Bet League One match between Cheltenham and Oxford.

The striker touched in Kyle Joseph's low ball in from the right in the 68th minute for his second Sky Bet League One goal of the campaign and his fourth in all competitions.

The result lifted newly promoted Cheltenham up to ninth, but they were forced to withstand some heavy pressure in the first half.

Scott Flinders made two fine saves to keep out rasping drives from James Henry, touching one around a post at full stretch and turning the other over.

The closest Cheltenham came to finding the net in the first half was when May saw an effort deflected against the near post in the first minute, but Oxford then did most of the pressing.

Cheltenham showed a marked improvement in the second period, with Ellis Chapman firing one over from the edge of the box before Mattie Pollock headed Chris Hussey's free-kick just past a post.

Chapman's cross was nodded wide by Joseph before May's breakthrough settled things in favour of the home side, who kept their first clean sheet since returning to League One.