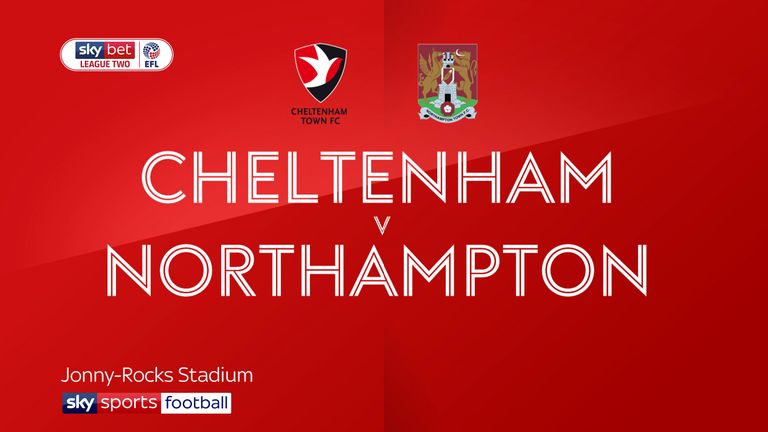 Northampton launched a stunning comeback to reach the League Two play-off final as they beat Cheltenham 3-0 to overturn a two-goal first-leg deficit.

Goals from Vadaine Oliver and two from Callum Morton sealed a stunning win for the Cobblers, earning a 3-2 aggregate victory on Monday night.

Cheltenham had earned a 2-0 lead to bring home from the first leg, but looked uncertain of how to approach the fixture throughout at the Jonny-Rocks Stadium. They become the first team in League Two history to win their first leg away tie by two goals or more and fail to make the final.

Northampton, meanwhile, will head to Wembley on Monday, June 29. They will face Exeter, who saw off Colchester earlier in the day.

Keith Curle insisted after the first leg that the tie wasn't over, and his side just needed to score the first goal. And that first goal came after just nine minutes as Nicky Adams whipped a wonderful cross in for Oliver, who had peeled away at the far post to head in.

Northampton were taking the game right to Cheltenham, and they could have levelled things up on 43 minutes when Charlie Goode found Oliver with a deep ball into the box, but he could only head over from six yards. Anywhere on target and it would have been a goal.

Somewhat fortuitously, however, they did find a second just before the hour mark. It came from a corner on 57 minutes as a ricochet in the box struck the head of Morton, and despite him knowing little about it, it had enough power on it to fly home from close range.

Morton then sealed the turnaround on 77 minutes. A disastrous bit of defending from Will Boyle allowed Michael Harriman in to shoot from 10 yards. His effort was turned onto the post by Owen Evans, but Morton reacted quickest to turn the ball in.

Man of the Match - Callum Morton

An outstanding performance from the young striker. Not only did his two goals turn the tie from a defeat for Northampton to a victory, he ran his socks off for his side and didn't give Cheltenham's defenders a second to breathe all night. 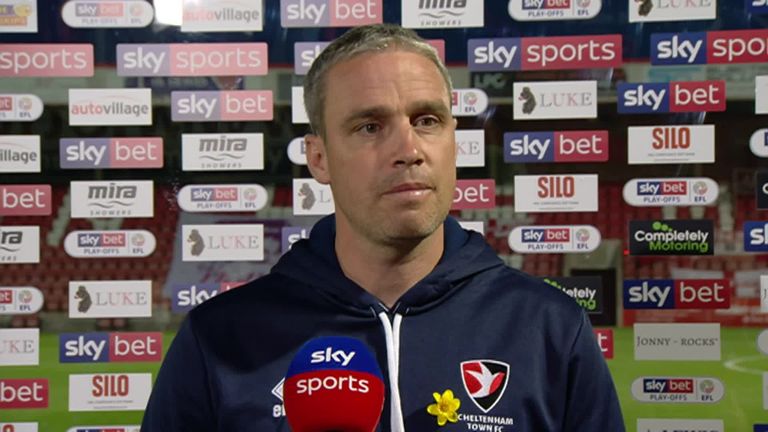 Cheltenham Town manager Michael Duff was left bitterly disappointed after his team blew a two-goal lead and lost on aggregate to Northampton in their League Two play-off clash.

Cheltenham's Michael Duff: "We got beaten up, no doubt about that. We didn't compete with them physically and that's the first time that's happened this season. When you don't do the basics and they do it very well.

"The first 10-15 minutes I don't think we won a second ball. They scored a goal and we took a backwards step. We didn't do any part of what got us in this position and it's unfortunate we've turned that performance in on the night tonight." 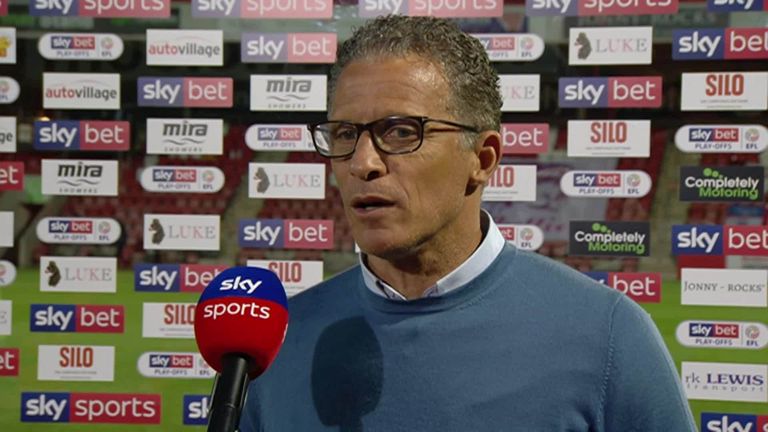 Northampton manager Keith Curle hailed all of his players and staff as they completed a dramatic turnaround to defeat Cheltenham Town 3-2 on aggregate and reach the play-off final.

Northampton's Keith Curle: "That epitomised what we're trying to build at the football club. A lot of hard work has gone in behind the scenes from all the staff and made sure they give us platform to perform. Then it's about me doing my job and keeping the players believing in what we're about. Some may say it's not pleasing on the eye, but I bet it makes great television.

"I said last week that the first goal was vitally important, and when it came was immaterial. I showed them the documentary about when Arsenal had to beat Liverpool 2-0 [to win the Division One title in 1989] and other clips of the success that this club has had. We worked on the mental side and made sure it was all positives."