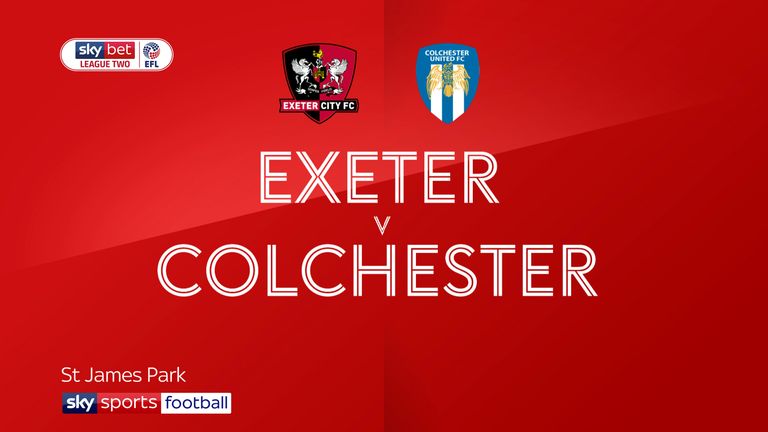 An early strike from Aaron Martin restored parity on aggregate (10), before a mistake from experienced goalkeeper Dean Gerken allowed Jayden Richardson to put the Grecians on course for the final (58).

Courtney Senior forced extra time when he tucked home after Jon Maxted had clawed away Cohen Bramall's cross (78) but Bowman had the final say when he arrowed home after a driving run through midfield from Archie Collins (111).

The result sees Matt Taylor's men become the first team to advance to Wembley Stadium, where they will face the Northampton, who overturned a 2-0 first leg deficit to beat Cheltenham 3-2 on aggregate.

How the Grecians battled their way to Wembley

Aside from Bramall's show-stopping free kick, a tepid first leg left plenty to be desired as the two sides faced off once again under the glorious Devon evening sun with a coveted place at Wembley at stake.

Having seen Exeter play out 90 minutes without a single shot on target in Essex, boss Matt Taylor made four changes and sent his side out to attack from the word go - and it paid off almost immediately.

The spritely Randell Williams had a free kick blocked, but the hosts managed to retain possession and, after experienced goalkeeper Gerken pushed Alex Fisher's shot away, Martin leapt at the chance to slam home his third - and perhaps most important - goal of the campaign.

Taylor's men started the second half as they did the first and were rewarded for their intensity, though in fortuitous circumstances. Fisher recycled the ball to Richardson after Bowman had glanced onto the post, but though his shot was tame, Gerken allowed the ball to squirm from his grasp and over the line.

As the hosts tired towards the end of normal time, Colchester stepped up their intensity and looked intimidating on the counter attack, which led to Senior levelling the tie on aggregate once more, reacting quickest to Maxted's save and slamming home first time.

The added period lacked quality and as timed ticked on, a penalty shootout appeared the most likely eventuality, but with nine minutes to play, Bowman struck the decisive blow after superb work from 20-year-old Collins in midfield, taking the wind from the sails of the U's and boosting their hopes of a return to League One after eight seasons away.

Man of the match - Aaron Martin

Most probably wouldn't have backed Martin to score the opening goal at St James Park, but take another look at the strike and you'd be surprised to know he's only scored 18 in his professional career. A well-taken strike, no doubt, but it was his defensive work that caught the eye later on, where he managed to keep the lively Frank Nouble's threat to a minimum and help the Grecians secure victory. 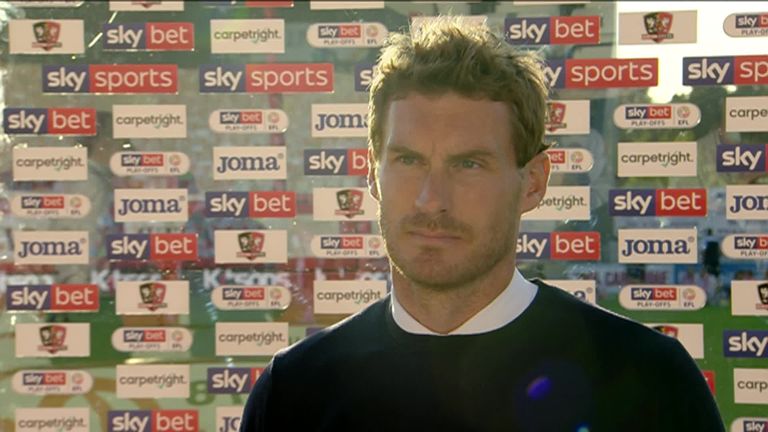 Exeter City boss Matt Taylor hailed his players' performances after they beat Colchester United to make it to the play-off final but admitted it was a strange feeling without any fans in the ground.

Exeter's Matt Taylor: "This feels surreal, it really does, but the players shouldn't underestimate what a big moment it is for them. If you have a half-decent career in football, moments like this don't come around too often and they've really got to take note of it but we've got to save our best performance for the final.

"We've worked them hard over the last three weeks and it's got to be for a reason. There's lots of recovery but we're really positive about what's to come." 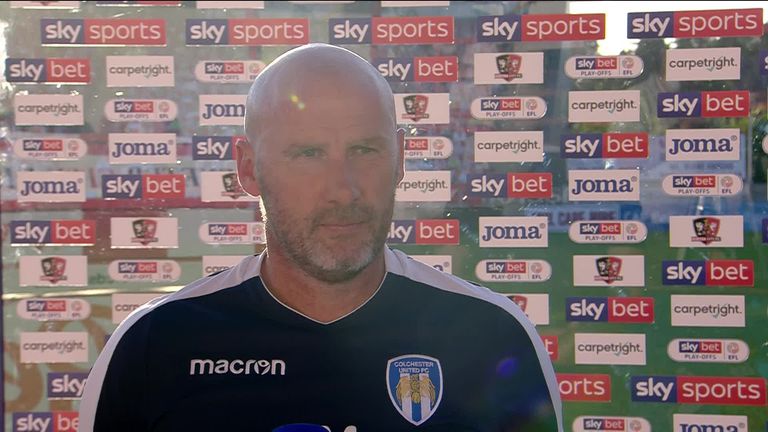 Colchester manager John McGreal admits it's a tough feeling after his side's season ended following an extra-time loss to Exeter City in the play-offs.

Colchester's John McGreal: "It's the toughest feeling I've felt as a manager. We didn't get going for the first part of the game; it took us until the drinks break to change it and I thought the changes worked quite well. We didn't want half-time to come.

"When we did take the game to them, that's what we've been like throughout the season. They couldn't live with us at times and we needed to see more of that. We were more than fit, we were more than able but we just didn't deliver at certain times in the game."

Exeter were the first team to book their spot in the League Two play-off final and they progress to Wembley Stadium, where they will face Keith Curle's Northampton on Monday, June 29.

Watch the game live on Sky Sports Football from 7pm on Monday; kick-off is at 7.30pm.