Egypt 1-0 Sudan: Mohamed Salah and co through to AFCON knockout stages thanks to Mohamed Abdelmonem's winner

Report and free highlights as Egypt and Mohamed Salah qualify for the last 16 of the Africa Cup of Nations; Mohamed Abdelmonem scores winner to defeat neighbours Sudan; seven-time champions finish second in Group D and will meet the winners of Group E in the knockout stages 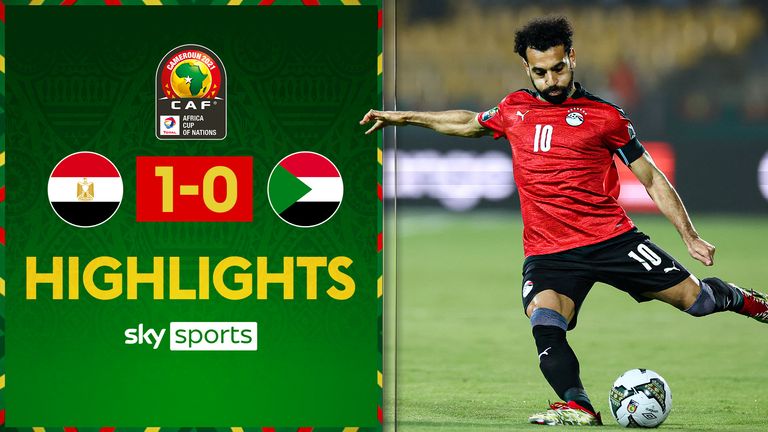 Egypt beat neighbours Sudan 1-0 to ensure their progress to the knockout stages of the Africa Cup of Nations, finishing second behind Nigeria in Group D.

Centre-back Mohamed Abdelmoneim, brought in because of injury, headed home after 38 minutes from a corner to make the breakthrough as Egypt dominated the derby game but created few chances.

Captain Mohamed Salah played a full 90 minutes but few of his combinations with his team-mates came off in what was another frustrating performance.

The team display will not do much to temper the criticism that followed the Egyptians' first two games at the tournament, a 1-0 loss to Nigeria followed by a narrow win over tiny Guinea-Bissau.

Egypt finished with six points, three behind Nigeria, and will meet the winners of Group E, which is to be settled on Thursday. Sudan finished with one point and were eliminated from the tournament.

Egypt, who have won the African title a record seven times, would have been hoping to make better use of their chances, but rarely tested Sudan's goalkeeper.

Striker Mostafa Mohamed had a first-half effort saved and Salah's first shot on target came after the hour mark.

A late free-kick was Sudan's only real opportunity, turned around the corner by Mohamed El Shennawy in the Egypt goal.

"There aren't any more easy matches in the competitions, so we are just pleased to go through and believe we can only get stronger," Egypt defender Ahmed Hegazy said.