England U21 vs Andorra U21. European Under-21 Championship Qualifying Group G. 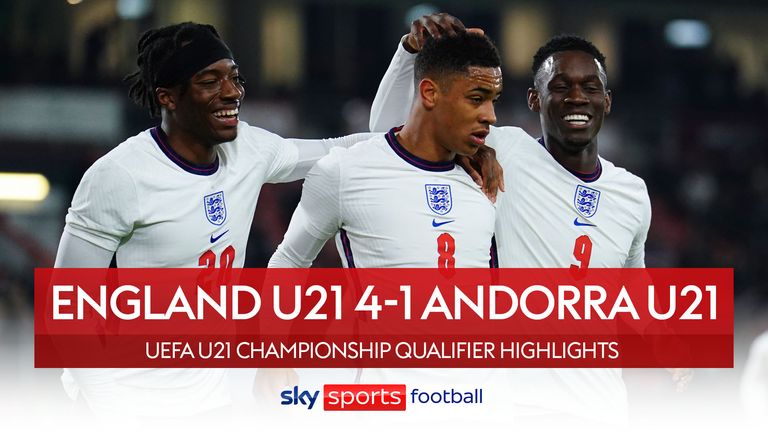 Highlights of the UEFA U21 Championship qualifier between England and Andorra.

England Under-21s eased past Andorra to keep up the chase in the race for Euro 2023.

Albert Rosas pulled a second-half goal back for Andorra in Bournemouth but they were second best throughout on Friday.

The Under-21s have not lost a qualifier since November 2011 and continue to keep the heat on Group G leaders the Czech Republic.

Their 1-0 win in Albania - who England travel to on Tuesday - maintained a three-point lead at the top of the group. 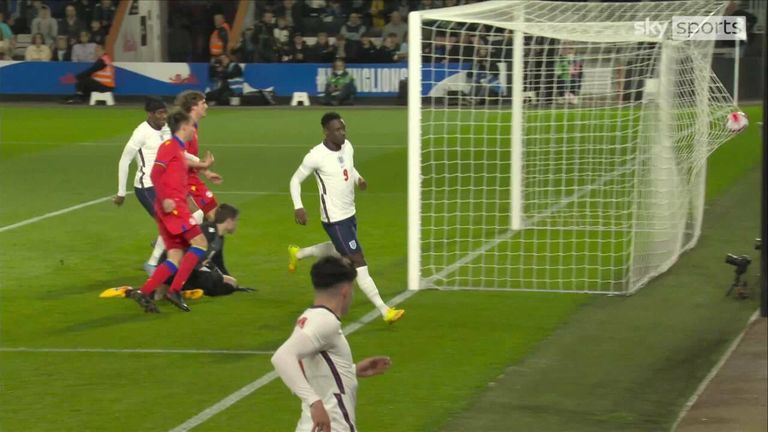 The Young Lions have two games in hand over their rivals with their final four matches, including a trip to the Czech Republic, scheduled for June.

Ten-man England laboured to a 1-0 win in Andorra in October having previously been held 3-3 en route to qualifying for Euro 2021.

Boss Lee Carsley had therefore underlined the importance of not taking a routine victory for granted and his side heeded his words with a quick start. 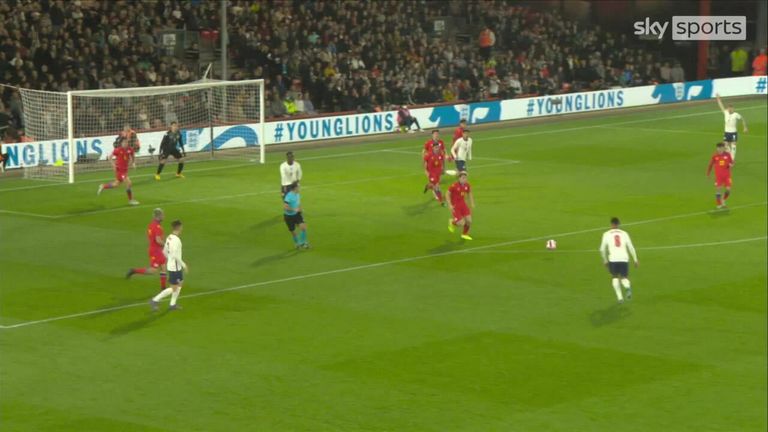 It took just six minutes for the Young Lions to open the scoring when Tino Livramento's movement helped open the visitors up on the right and his low cross was converted by Balogun.

Luke Thomas planted a header straight at Rodriguez as the hosts dominated, with Tommy Doyle influential, while Joe Bursik was a spectator in goal.

The chances flowed, with Gibbs-White blazing over after 24 minutes, and the Young Lions would have been forgiven for becoming frustrated but they finally doubled their lead 11 minutes before the break.

Madueke wriggled free down the left to find Gibbs-White, only for Rodriguez to keep his effort out. Yet Andorra could only clear to the on-rushing Aston Villa midfielder Ramsey to blast a superb low effort in from 20 yards.

It underlined England's control and eight minutes into the second half Gibbs-White made it 3-0. 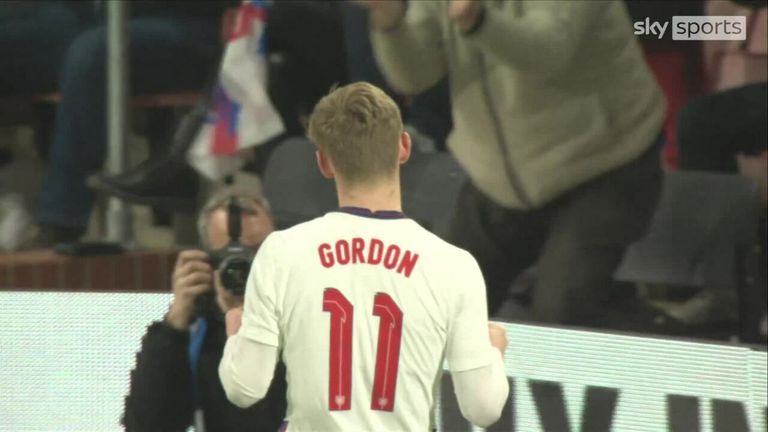 Madueke's deflected pass fell kindly for Balogun and Rodriguez saved his tame effort, only for the ball to roll perfectly for Gibbs-White to fire into the roof of the net.

The Young Lions then perhaps relaxed too much and Andorra took brief advantage when Rosas pulled a surprise goal back after 64 minutes, seizing on Livramento's misplaced pass and brilliantly turning past Thomas before firing home.

It failed to ruffle England, though, and substitute Gordon added a classy fourth with 10 minutes left when his fine cushioned volley from Livramento's cross found the corner.