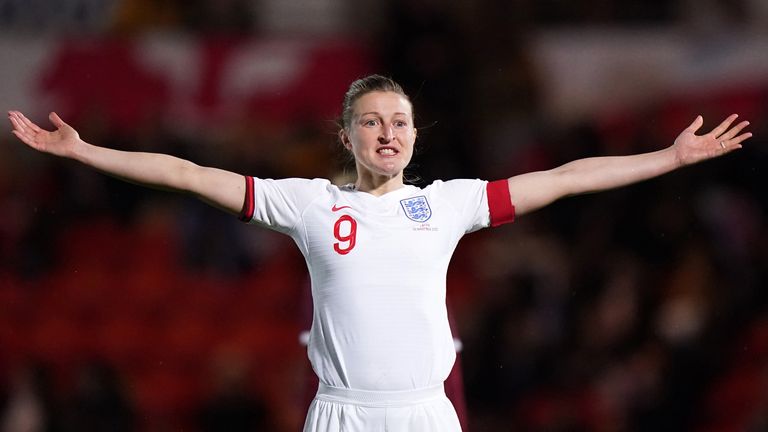 The Manchester City forward equalled Kelly Smith's record in the sixth minute with a strike from the edge of the area to put England 2-0 up after Beth Mead had given the Lionesses the lead.

White did not have to wait long to make the record her own as she met Georgia Stanway's cross to steer a low finish home three minutes later.

White is also second on the list of all-time leading goalscorers in the Women's Super League, having scored 58 times during spells at Arsenal, Notts County, Birmingham and Man City.

🏆 THE RECORD IS BROKEN 🏆@ellsbells89 is our new all-time record goalscorer! pic.twitter.com/kfwUg1KaUX

A rampant England dismantled their opponents for a record-breaking win to edge closer to sealing their spot at the 2023 World Cup, with Sarina Wiegman's side top of Group D by five points. The result also smashed their previous record win of 13-0 against Hungary in 2005.

Mead got things started with a third-minute finish, shortly after Alex Greenwood had cracked a shot against the crossbar.

White then equalled Smith's mark in the sixth minute with a wonderful strike from just outside the box, before breaking the record three minutes later by slotting in from close range, with Stanway assisting for both goals.

There was no let-up for Latvia - 94 places below England at 102nd in the world rankings - as Mead registered her second of the contest in the 12th minute and Hemp headed home in the 18th for her first international goal. Mead then completed her hat-trick with a header another five minutes later to make it 6-0.

Some respite for the visitors followed, before a Toone strike and Hemp header arrived in quick succession just before half-time to see Wiegman's side go in 8-0 up.

White's hat-trick was sealed four minutes into the second half when she fired a shot from the edge of the area that goalkeeper Laura Sinutkina could not prevent going through her hands.

And England hit double figures three minutes after that, Stanway deservedly getting on the scoresheet with a penalty following a foul on Mead.

The substitutes started getting in on the act with Carter touching home in the 56th minute, Beth England scored again in the 61st, and Scott, also introduced from the bench, then made it 13-0 in the 67th.

That put England level with the score from their biggest win - and that was soon eclipsed as Russo, who had replaced White on the hour, opened her international account with a header to take the team to 14.

The deluge of goals continued with Hemp scoring her third, Nobbs becoming the latest substitute to score, Russo netting twice in two minutes for her hat-trick, and England then registering her second of the game.

The incredible rout was then completed in the 88th minute as Hemp got her fourth to make it 20-0.

She told ITV4: "I actually feel really emotional about it. It's been spoken about for a long time and I feel very proud. I feel really proud of the girls tonight, we've got so many girls who scored their first goal for England." 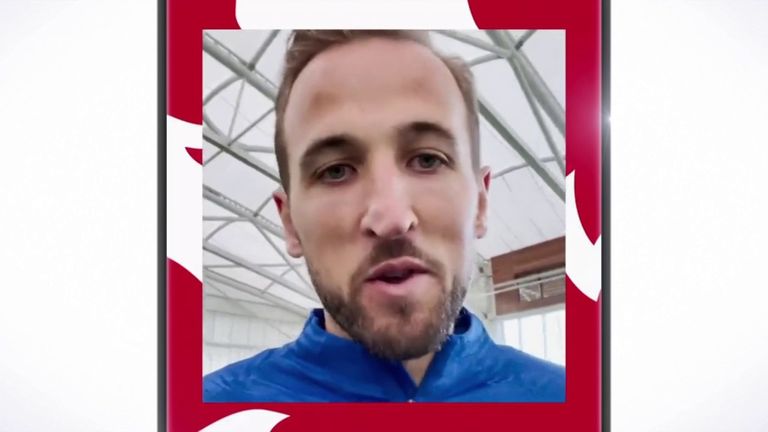 England men's captain Harry Kane congratulated Ellen White after she became the leading scorer for the Lionesses with 48 goals from 101 games (Video: @England)

Asked what she would have said if told as a schoolgirl she would one day become England's record goalscorer, White said: "I'd say you're having a laugh! It's incredible. But I'm not stopping here. I still want to score goals for England."

White also paid tribute to Smith, saying: "To me she's a legend, I have so much love and respect for her. She'll always be the best for me."

"You thoroughly deserve it because of all the hard work you've put in on and off the training pitch. You're an amazing team-mate and also an unbelievable best friend."