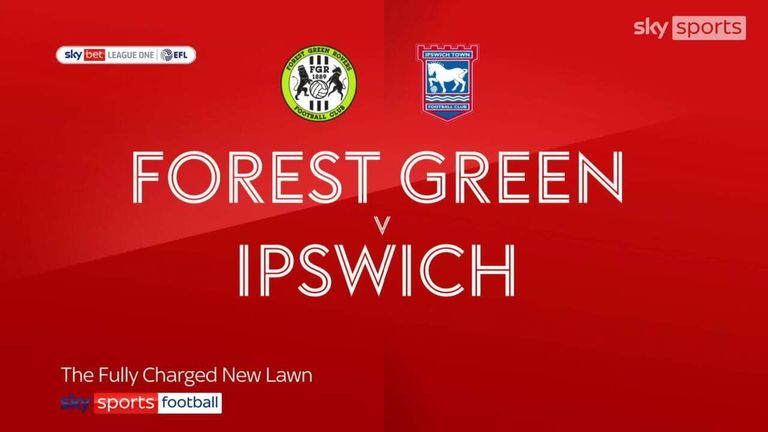 Highlights of the Sky Bet League One clash between Forest Green and Ipswich Town.

Goals in the first half from Marcus Harness and Sam Morsy handed Kieran McKenna's Tractor Boys their first win of the new season.

Rovers improved after the break, with substitute Josh March pulling a goal back in the 65th minute.

In their first-ever League One home game, Rovers started brightly enough, Regan Hendry fizzing over. However, Ipswich nosed in front in the 37th minute as Harness fizzed in after a period of pinball in the box.

Deep into first-half stoppage time, Morsy was afforded space to bend a sumptuous strike over Luke McGee from the edge of the box.

Rovers got back into the match with 25 minutes to go, March tucking the ball home after substitute Armani Little had seen his strike blocked.

March thought he had grabbed an equaliser for Rovers, but the offside flag spared Ipswich as Rovers looked for parity.

Rovers were baying for a red card when March was pulled back by Cameron Burgess, who was afforded a yellow in stoppage time as Ipswich successfully navigated the nine minutes of added time.