By Dan Long at Craven Cottage 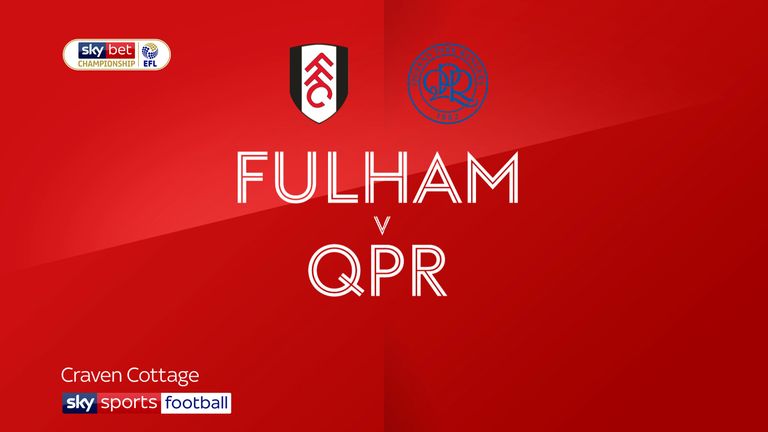 Highlights of the Sky Bet Championship match between Fulham and QPR

Fulham put their ability to cope without Aleksandar Mitrovic on show on Friday evening, as Aboubakar Kamara's double saw them come from behind to beat west London rivals QPR 2-1.

Scott Parker's team were made to work for their victory at Craven Cottage, though, having gone behind to Jordan Hugill's third-minute improvised effort that was quickly confirmed by the goal decision system.

Kamara headed a well-taken equaliser in the 27th minute and though the hosts hit the post twice, they never looked like conceding after the striker's clinical second (64).

Fulham move into fourth in the Sky Bet Championship standings as a result, with Rangers' five-game winless streak leaving them 10th.

Parker's Fulham getting back in the groove

While Championship top scorer Mitrovic was suspended for the hosts, QPR boss Mark Warburton had Hugill at his disposal and, within three minutes, he displayed his own capabilities in front of goal by when he gave the hosts the lead.

Just moments earlier, Fulham goalkeeper Marek Rodak had given away a cheap throw on the right, allowing Todd Kane to cross for Hugill in the six-yard box. Despite his best efforts, Denis Odoi's hooked clearance could not prevent the ball crossing the line.

Initially, the hosts looked shell-shocked and could not break out of midfield. But when they did, they got back on level terms in style, with Kamara guiding home a brilliant cross from Odoi.

Just after the half-hour mark, Ivan Cavaleiro went close to turning the game in the Cottagers' favour for the first time as he hit the base of the post from Tom Cairney's through ball.

Fulham boss Scott Parker made three changes from the side that beat Birmingham 1-0 last time out; Joe Bryan came in for Maxime Le Marchand and Tom Cairney replaced Bobby Reid, but the big news came up front where Aboubakar Kamara started in place of the suspended Aleksandar Mitrovic.

Meanwhile, the visitors made two changes after the 2-2 draw to Middlesbrough before the international break. Toni Leistner returned at centre-back at the expense of Geoff Cameron, while Jordan Hugill returned in place of Ilias Chair.

A stalemate with struggling Middlesbrough followed by a 3-0 defeat to Hull had put pressure on Parker, but in truth, Rangers offered little after the break and were behind after 64 minutes when Stefan Johansen set up Kamara to dispatch a deserved second.

Anthony Knockaert hit the post soon after, but though the visitors stepped things up a notch in the closing minutes, they could not find an equaliser to end their run of more than a month without victory.

Man of the match - Aboubakar Kamara

Last season, Kamara was ostracised from the Fulham squad after a serious of rows with Aleksandar Mitrovic, but in the Serbia striker's absence, he proved the perfect tonic to their striking worries.

The 24-year-old looked lively throughout the 90 minutes and took his two goals superbly. But will he keep his spot up front in midweek? It's certainly going to prove to be a headache for Parker over the weekend.

Fulham boss Scott Parker: "I'm really pleased for him [Kamara]. He has not been a problem since I stepped into the role. You have to manage him differently but he gives you everything and he topped off his performance with two really good finishes. The perception is very different to the reality. 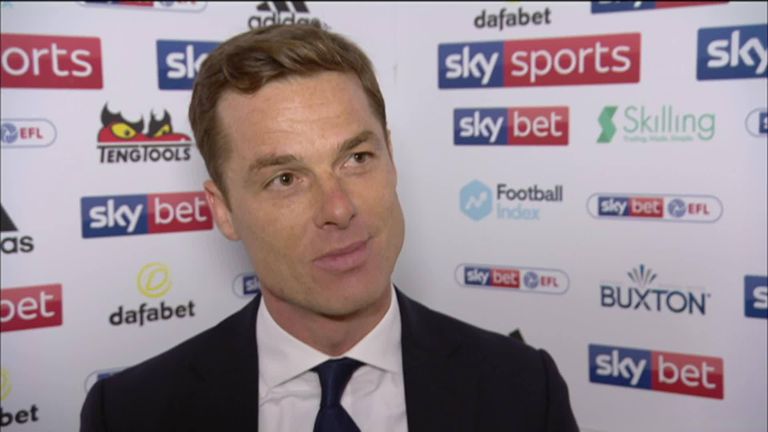 Fulham boss Scott Parker praised his striker Aboubakar Kamara after the forward scored a brace against QPR, filling in for the suspended Aleksandar Mitrovic.

"What happened last season with Abou is well documented but he has come back into the squad with the blessing of the players. They are fully on board. He has not been involved much this season, and he has his moments, but he is a grafter and he works hard and he deserved his goals."

QPR boss Mark Warburton: "It's very frustrating to be leaving with nothing. We know about the quality in the Fulham squad, but we had to be brave and you saw us being brave. QPR manager Mark Warburton admits he is very frustrated with his sides 2-1 loss to Fulham after his team wasted several good chances to extend their early lead.

"We got the early goal, created chances, matched a high-quality team in possession and been very, very good - but we've lost 2-1. In that first period we could have been two or three up. Had we left with a point, I'd have been frustrated."